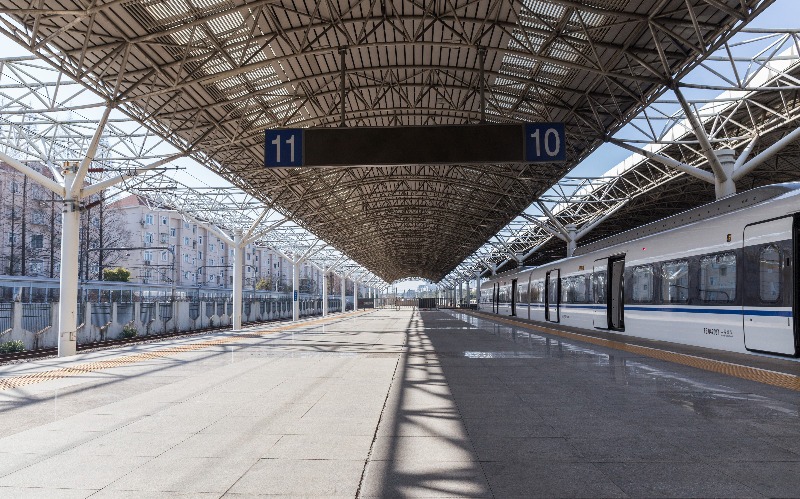 Jinan West Railway Station (Jinan Xi Zhan 济南西站) is a high-speed railway station on Jingzhuang Road in the Huaiyin District of Jinan, Shandong. The station has 15 platforms and 17 lines.

Jinan West station has six floors. The lowest level, basement 1, houses transfer and equipment rooms. The other levels are as follows:

The station has 10 exits, including Exits A1 through A5 and Exits B1 through B5. Taxi stands can be found outside the exits on either side of the station.

Tips: When it is time to board your train, you’ll need to check your ticket at the ticket wickets on either side of the Waiting Hall, and then proceed to second floor to board the train.

How to get to Jinan West Railway Station

The station is 8.5 km from Quancheng Square, Jinan’s downtown area.

From Jinan West to Jinan Railway Station and Jinan East

How to get to Jinan Yaoqiang Airport from Jinan West

How to get to Baotu Spring Park

How to get to Baotu Daming Lake