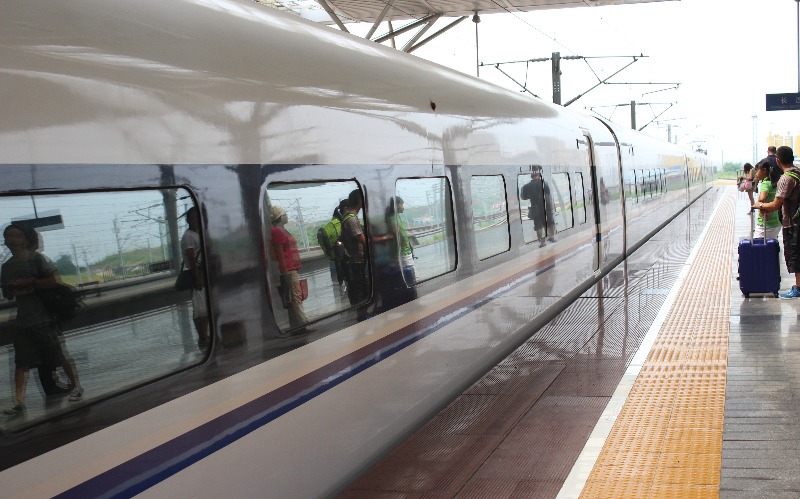 Jinan Railway Station is an important transportation hub for Beijing–Shanghai Railway, Jinan–Qingdao Railway and Jinan–Handan Railway. It serves both high-speed trains and normal-speed trains to Beijing, Shanghai, Xi'an, Qingdao and other major cities.

How to Get From Jinan Railway Station to Other Train Stations

The fastest and most convenient way from Jinan Railway Station to Jinan West Railway Station is taking a train. High-speed trains run frequently between these two train stations, with the duration of only 16 minutes. The ticket price is CNY 10 (USD 1.5) for a second class ticket.

You can also take the city bus No. 156 from Jinan Railway Station to Jinan West Railwy Station. It takes around 1 hour.

There are shuttle buses from Jinan Railway Station to Yaoqiang International Airport. The bus departs from the station at 05:00 and at intervals of 30 to 60 minutes. It takes around an hour for the journey. Ticket fare is CNY 20 (USD 3) per person.

A taxi ride from the station to the airport takes around 40 minutes, with the cost of CNY 100 (USD18). Taxies usually wait at the front square of the train station.