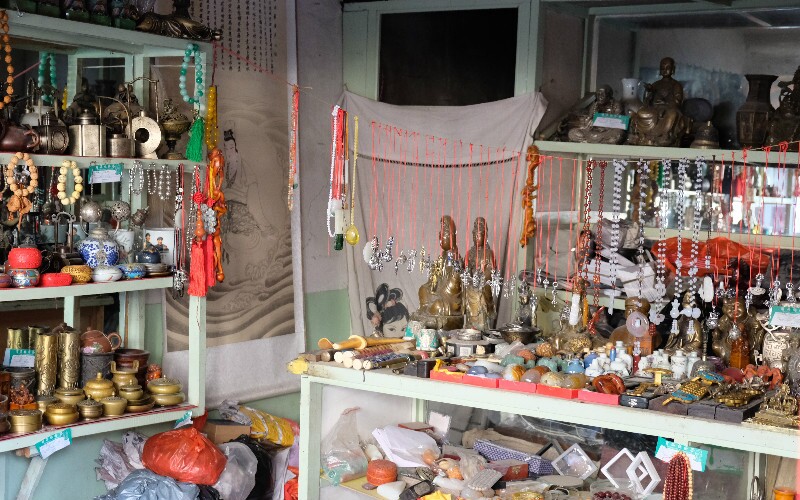 Datong is situated in northern Shanxi Province and bordered by Inner Mongolia to the north and Hebei Province to the east, so it has become a key center of material collection and distribution among the three provinces. The most well-known local products are Yungang Silk Dolls, Datong Egg Carvings and Yanggao Preserved Apricots.

Yungang silk dolls have been using silk, satin, gauze and crepe as the raw material for nearly 1,000 years. During the Ming and Qing dynasties, people used to buy clay dolls and cloth dolls in the local temple fair, hoping to bring good luck. As time went on, clay dolls gradually died out whereas cloth dolls become more popular. More and more folk artists started creating silk dolls representing characters from Chinese legends and classic Chinese literature. Wrapped in fine silk, these dolls are both sturdy and svelte to the touch, the favorite gift to buy in Datong.

Since the Ming and Qing dynasties, local people in Datong began to given red eggs as presents for weddings, birth celebrations, birthdays and other joyous events. This resulted in many merchants prospering by selling red eggs (also called colored eggs). Later, merchants and folk artists began to paint flowers, fish, birds and types of facial make-up from the local opera on the eggs. Bearing some resemblance to Easter eggs, Datong Egg Carving is done on hollow eggshells which today are decorated with Chinese Calligraphy and classic Chinese painting themes.

Apricots produced in the mountainous area of Yanggao, Datong differ from those produced in other places. They have a bigger size, more delicious favor, smaller cores and brighter color. The local specialty - Yanggao preserved apricots are stoned and dried choosing the best local apricots as its raw material. Preserved Apricots have two types, yellow and green. The yellow ones are better in favor and thus higher in price.

Daxi Street, the oldest and most bustling district in Datong, is near Huayan Temple. At night, the street is filled with stands and goods including various products and local specialties. Bargaining is a must before you take out your wallet.