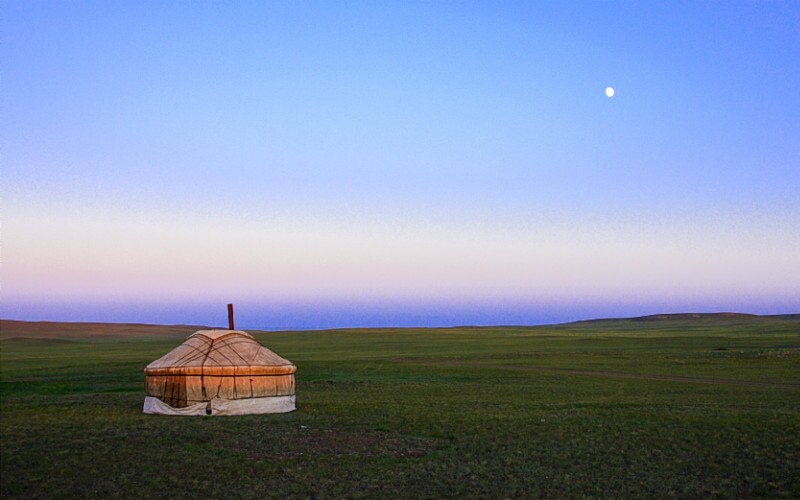 Inner Mongolia Travel Guide — How to Plan a Trip

Inner Mongolia lies in central North China. Its geographical position has granted Inner Mongolia a richness of travel destinations that attract a large number of visitors to see its spectacular natural scenery of grasslands, deserts, lakes, and forests, the rich legacy of Genghis Khan and the Mongol Empire, and the ethnic culture of nomadic herders.

Scroll down to find out interesting facts about Inner Mongolia, the best times to visit, top things to do, and other travel tips.

The Features of Inner Mongolia

Inner Mongolia was the first region in China to achieve the status of an autonomous ethnic region.

Covering an area of 1.18 million square kilometers (455,000 square miles), it is the third-largest province and borders both Russia and Mongolia (Outer Mongolia).

With Hohhot as its capital city, Inner Mongolia is also the widest region in China with a total distance of more than 2,500 kilometers (1,500 miles) from east to west, and it has an average elevation of over 1,000 meters (3,300 feet) above sea level.

The climate of Inner Mongolia is cool, dry, temperate, and continental due to its high elevation and distance from the ocean. It has four distinct seasons.

Spring (April to June) is windy and temperatures can rise unexpectedly.

Summer (July to August) is warm and short, with most of Inner Mongolia's modest rainfall. The hottest month is always July with average daily highs of 30°C (86°F).

Temperatures in autumn (September to October) drop sharply with frosts.

Winter (November to March) is long and freezing cold with the average daily temperatures ranging from -12°C to -1°C (12–33°F). Its extreme minimum temperature, found in the coldest village in China, is around -50°C (-58°F).

In general, the best time to tour Inner Mongolia is from July to September when the temperature is most comfortable. The grasslands are green during this time and it is also the best time to take a desert hiking tour. Besides, the Naadam Grassland Festival is held in summer.

Naadam Grassland Festival is the biggest annual traditional Mongolian celebration that is held in summer when the grass is green, and the livestock are strong.

Besides rousing sports, you can also experience the folk music and dancing and try traditional Mongolian food.

4 Top Things to Do in Inner Mongolia

Vast expanses of desert that extend throughout Inner Mongolia. Some of the famous deserts include the Gobi Desert, Badanjilin Desert, Tenger Desert, and Resonant Sand Bay (Xiangsha Wan).

Populus Euphratica Forest in Ejina, cannot be missed if you visit Badanjilin Desert in October. From early to mid- October, the leaves turn yellow and the whole forest looks like a golden fairytale world.

Inner Mongolia also has famous freshwater lakes in the northeast, such as the greenish Hulun Lake and Lake Buir. From November to March, you may have a chance to watch ice fishing.

3. Be a Nomad in the Expansive Grasslands

There are large areas of grassland all over the province.

The Hulunbuir Grasslands in the northeast are among the best in China, while the Xilamuren Grassland and Huitengxile Grassland are more popular among visitors due to their convenient location from Hohhot.

Inner Mongolia has a long history and brilliant culture. There are many historical attractions, such as Dazhao Lamasery, Zhaojun Tomb, Wudangzhao Monastery, and the Genghis Khan Mausoleum.

More on Top Things to Do in Inner Mongolia >>>

How to Plan an Inner Mongolia Tour

Getting to Inner Mongolia by Air

Currently, Inner Mongolia has around 10 airports connecting with major cities of China like Beijing, Shanghai, Guangzhou, Kunming, etc. Among them, the airports in Hohhot, Baotou, Ordos, Hailar, and Manzhouli are frequently used.

International flights to Ulan Bator of Mongolia and Chita of Russia are available from Hohhot and Baotou.

Getting to Inner Mongolia by Train

Getting around Inner Mongolia

The cities of Wulanchabu, Hohhot, and Baotou are connected by bullet trains.

Direct flights are available between the major tourist cities of Inner Mongolia. For traveling from the west (deserts) to the north (grasslands and lakes) of Inner Mongolia, it is wise to take intra-provincial flights.

For traveling in central Inner Mongolia (Hohhot–Baotou–Ordos), a private transfer is recommended as major sightseeing opportunities abound along the way. Contact us if you are looking for tour services for this golden triangle route.

The most popular tourist cities in Inner Mongolia are:

Where to Stay in Inner Mongolia

You will have plenty of choices of hotels in the popular tourist cities of Hohhot, from international brands to local-standard ones.

To experience the traditional life of the nomads, Mongolian yurts are available if you travel to the grasslands.

Hotel room availability is rather tight in summer and during festival periods. It is wise to book rooms in advance.

We are happy to recommend the most suitable hotels for your worry-free stay in Inner Mongolia. All you need to do is to tell us your hotel preferences.

We will arrange a private airport/station to hotel transfer for you.

Explore the Xilamuren Grassland, and stay overnight in a yurt on the grassland.

Visit Dazhao Lamasery and admire the silver Buddha statue. Tour Inner Mongolia Museum for the history and ethnic culture of Inner Mongolia and its extensive collection of massive dinosaurs, mastodon, and other fossilized remains from the Mesozoic period.

Travel from Hohhot to Ordos to explore Resonant Sand Bay with camel riding and other entertainments in the desert.

Day 5: A Touch of Genghis Khan

Take a visit to Genghis Khan's Mausoleum and learn more about his legend. Then depart from Ordos.

If you are not interested in this itinerary, please tell us your interests and requirements and we will tailor-make an Inner Mongolian tour based on your own preferences.

What is the difference between Inner Mongolia and Mongolia?

The answer is quite simple politically: Inner Mongolia is a province of China while Mongolia is another country, though ethnically and linguistically they are both Mongolian areas.

The official name of Inner Mongolian is Inner Mongolia Autonomous Region, which is equal in status to a province of China. The capital city is Hohhot.

Mongolia is always referred to as Outer Mongolia in China and is sandwiched between China and Russia. The capital is Ulaanbaatar.

The History of the Mongols

The Mongol people are one of the minority groups in China and the main ethnic group of Outer Mongolia. The Mongol people were nomadic tribes in ancient China times. They hunted and grazed on the vast Mongolian grasslands.

When the people in this region were under the cruel reign of the Jin Dynasty (1115–1234), they were devastated by frequent warfare between different tribes and hungered for a unified and peaceful life. Although a cruel leader, Genghis Khan did end the tribal fighting, unified the Mongols, and conquered many countries, including much of China, to create the Mongol Empire. At this time, China entered into a new era of foreign control, the Yuan Dynasty (1271–1368), with Beijing as its capital city.

History of the Mongols

Why is Inner Mongolia part of China, but not Mongolia?

Both Inner Mongolia and (Outer) Mongolia once belonged to China. So why and how did Mongolia separate from China? There are two main reasons.

1. The Weakened State of China

During the Qing Dynasty (1644–1912), China was a huge empire under foreign (Manchu) rule. It took a lot of energy and financial resources to manage and defend such a large area land including remote Mongolia. After the Opium Wars (1860), the Qing Dynasty was in debt and also had to contend with civil unrest and external pressures, mainly from Russia and Japan.

By the end of the Qing Dynasty, China's control over Mongolia had weakened and the desire for independence in Mongolia was also very great. Finally, taking advantage of the collapse of the Qing government and the fact that a new government had not yet been established, Khanate-controlled Outer Mongolia was able to separate in 1911.

2. The Strength of Russia and Revival of China

As the Qing Dynasty waned, Russia became very powerful, and it was with the help/control of Russia that Outer Mongolia declared its independence in 1911 and maintained it.

During the Interwar Period, Republic of China forces were defeated in Outer and Inner Mongolia, and the west of Inner Mongolia also came under the control of Russia while Japan took control of its east.

After World War II, Japan and Russia were ousted from Inner Mongolia and it returned to Chinese control. In 1949, the People's Republic of China and the Soviet Union agreed that (Outer) Mongolia would maintain its independence, and so it has.

Being the third largest province of China with abundant travel opportunities, you might wonder where to start, what to include in your limited stay, or how to plan a fulfilling exploration of Inner Mongolia. We are ready to provide a unique and customized solution for you.