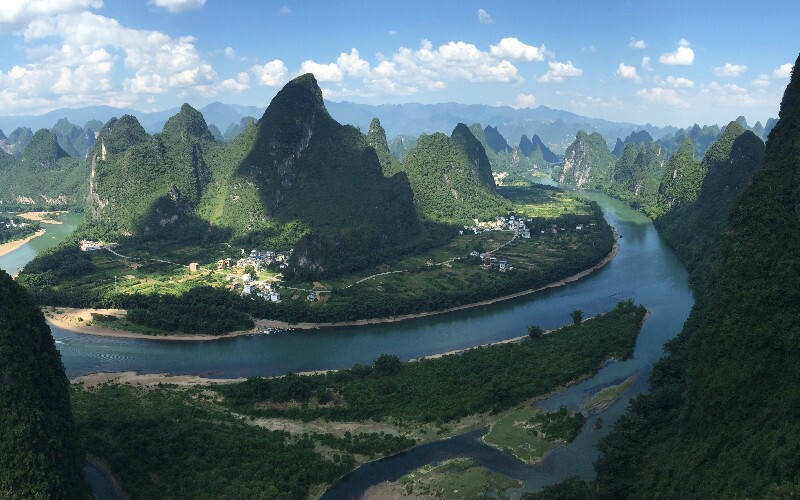 Guangxi, located in South China and with Nanning as its capital, is the only coastal autonomous region in China. It has a total area of 236,700 square kilometers.

Guangxi is the host of the China-ASEAN Expo and plays an important role in the economic exchanges between China and Southeast Asia. It is the most convenient sea passage for Southwest China. If the starting point is Nanning Wuxu International Airport, it takes about 3 hours to fly from Guangxi to Beijing.

When traveling to Guangxi, the city of Guilin must be visited and is actually known as an international tourist destination. The Li River, Elephant Trunk Hill, Reed Flute Cave, and Fubo Mountain are famous tourist attractions there.

Other popular attractions include the Detian Waterfall and Huangyao Ancient Town.