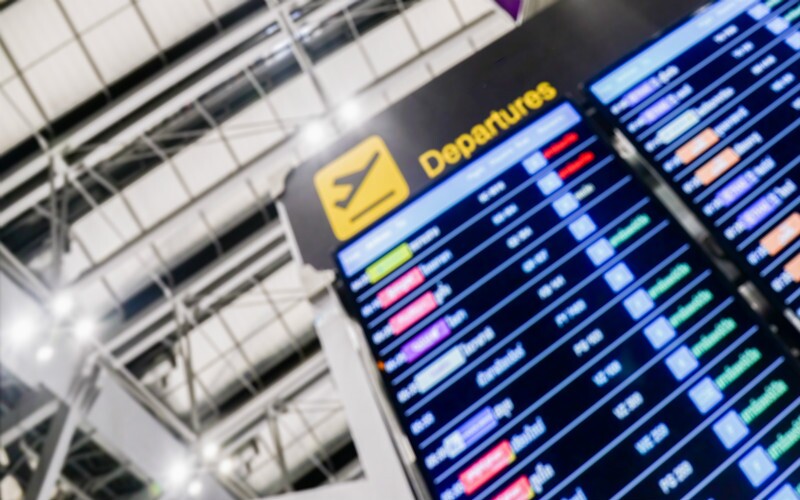 How to Get To and Around Guilin: Transportation Options

By air or train, travelers can reach Guilin easily from major cities in China and nearby countries. At present, Guilin has an international airport and multiple railway stations connecting important cities both at home and abroad. It is also convenient to reach surrounding attractions from Guilin. A bus, taxi, or private car can take you from Guilin to Yangshuo and Longsheng.

Get to Guilin by Air

Flying is the most convenient way to travel to Guilin. It is possible to arrive in Guilin via direct flights from some important cities, such as Hong Kong, Beijing, Shanghai, Xi’an and Chengdu.

Guilin Liangjiang International Airport is 30 kilometers west of the city (about a 40-minute drive). Shuttle buses between the airport and the downtown area are available. If you book a tour with us, your guide and driver will pick you up with a private vehicle at the airport, which is sure to save you some trouble and will make the journey smooth and efficient.

Get to Guilin by Train

It is a good option to arrive Guilin by train

Taking a train can be an option if you travel to Guilin from nearby cities, such as Hong Kong, Shenzhen, Guangzhou, Kunming, Zhangjiajie, Guiyang, Chongqing, and Chengdu.

There are three railway stations in the city of Guilin. With the addition of nearby Yangshuo Railway Station, which opened in 2016, there are now four train stations you can choose from in the area.

The station is a good option, though, if you’re going direct to/from Yangshuo using the Guiyang–Guangzhou HSR.

It is popular to book train tickets online for Chinese people. This is a hard job, however, if you can’t read Chinese. Our train ticket booking service can help you.

How to Get to Guilin from Nearby Cities

It is convenient to travel to Guilin from nearby cities. However, for overseas travelers who don't know the geographical location and the traffic situation in China, arranging transportation between Guilin and the surrounding cities is time-consuming and laborious. It may also require a lot of searching and reading on the Internet.

Since September 23rd, 2018, direct high-speed trains have been taking travelers from Hong Kong to Guilin in 3 hours and 16 minutes.

At present, there are two pairs of direct high-speed trains between Hong Kong and Guilin. A flight from Hong Kong to Guilin will take about 1½ hours.

There are no direct flights or trains between Zhangjiajie and Guilin, so travelers must make a transfer during the journey. It is possible to fly or travel by train to Changsha, and then take a train or flight to Guilin.

Alternatively, take an overnight train to Liuzhou (a city that’s about 180 kilometers from Guilin) and then change to another train to arrive in Guilin.

Xi’an is a highly recommended destination for your first trip in China, and many travelers choose Guilin as their next stop after Xi’an.

It takes about 2 hours to get there by air and about 11 hours by train, which is not recommended.

There are about 12 pairs of bullet trains between Chengdu and Guilin, and one journey may take 6½ to 7½ hours. A flight from Chengdu to Guilin will take about 2 hours.

Changsha, Shenzhen, and Guangzhou to Guilin

It is a good option to arrive in Guilin from these nearest large cities.

Guangzhou has a few flights daily to Guilin, which only take an hour and are good for combining with international flights. However, there are no direct flights from Changsha (near Zhangjiajie) or Shenzhen (next to Hong Kong) so taking a train is a fast and convenient choice.

There are direct flights from Kuala Lumpur, Malaysia to Guilin. The flights are available on Mondays, Tuesdays, Thursdays, and Saturdays. The journey lasts for 4 hours.

Yangshuo is often the next destination after Guilin City

Yangshuo is about 70 km (40 miles) from downtown Guilin. You can travel by bus, taxi, or use private transport. There are direct buses from the airport or the long-distance bus station. Taking a taxi is a more comfortable option but you may face problems with the language barrier and it costs more money. The peace-of-mind choice is to use private transport provided by a local tour service. The journey may take about 1½ to 2 hours.

Take the direct bus from Guilin Liangjiang International Airport to Yangshuo Bus Station. The coaches depart every 1 or 2 hours from about 7am to 9pm. You can check the schedule and book your ticket at the airport.

Getting to Yangshuo from downtown Guilin is easiest by getting a direct bus from the long-distance bus station 10 minutes’ walk north of the main Guilin Train Station. They leave every ten minutes or so for about 25 RMB (about 4 USD) and get there in 80 or 90 minutes.

Lack of English is the challenge here. Private multi-stop buses are probably not worth your hassle — a locals option.

The Yangshuo long-distance bus station is about 15 minutes north from West Street by golf cart.

Taxis cost about 200 yuan, except at night or during public holidays when rates are higher. Chinese or ingenuity will be needed to get exactly where you want to go.

We provide comfortable transport with a knowledgeable driver who you can speak to in English for no hassles door-to-door Guilin-to-Yangshuo transport.

A Li River cruise is a wonderful option to travel to Yangshuo, as you can travel alongside the picturesque scenery.

How to Get to the Longji Rice Terraces from Guilin

Take a private tour to Longji is perhaps the best choice

Longji Terraced Fields Scenic Area is 95 km (60 miles) from Guilin. There are no public buses from Guilin to the Longji Rice Terraces but it is possible to take a direct private bus from Guilin Railway Station or to take a direct bus to Longsheng Town and then transfer to another bus. However, the long-distance buses require pre-booking and cannot offer a service in English. Going on a private tour with a local tour service is often the best choice for overseas travelers.

The long-distance buses are potentially difficult due to the lack of English, and you need to book the ticket in advance.

Direct private buses to Ping’an/Dazhai run from the Guilin railway stations about every 2 hours (see schedules at the stations). They’re about 2½ hours and 50 yuan.

For more frequent services, you can take the direct bus from Guilin Long Distance Bus Station to Longsheng town and then transfer to another bus to get to the Longji Rice Terraces. It takes about 3 hours.

Take a Private Tour to Longji

The most convenient and time-saving way to get there is to take a private tour with a local tour service, like China Highlights.

A private tour with an English-speaking guide, a professional driver and a Private car can help you avoid these difficulties. Contact us if you would like us to make the arrangements for you.

Guilin city buses may be single- or double-decker, and have been upgraded in recent years. A bus journey usually costs 2 yuan and some routes only cost 1 yuan, no matter how long you ride on the bus for.

Most of the bus stops have clear English signs and the broadcasts are also given in English on the buses.

During rush hours, the buses will be overcrowded, even the double-decker ones.

Taxis in Guilin are relatively inexpensive compared with other cities. You may flag one down in just the same way as you would in your own country. But note that most of the taxi drivers cannot speak English.

If you are going to take a taxi on your own, you can inform the hotel staff or your guide about where you are going. Ask them to write down the information for you to show the driver. Alternatively, just let your guide take you around instead.

Some people praise the bike sharing system as a new Chinese invention, which it is. Walking along the streets in Guilin, you will find a number of colorful bikes belonging to the sharing system parked on the side.

Use a smartphone to scan the QR code on the lock after downloading the app and pay the deposit (this can be refunded) to use the bike. The charge may be different from supplier to supplier.

You may also ask your guide for help if you are interested in this experience.

Let Us Take You Around

Are you considering visiting Guilin and find all the options for traveling around the city rather daunting? Or are you in the city already and have had enough of trying to work everything out for yourself?

We, China Highlights, are based in Guilin and can offer you the option of having private transport with an English-speaking guide on a customized tour, which will be tailored to your own specifications.

You may check some of our Guilin tours for inspiration: