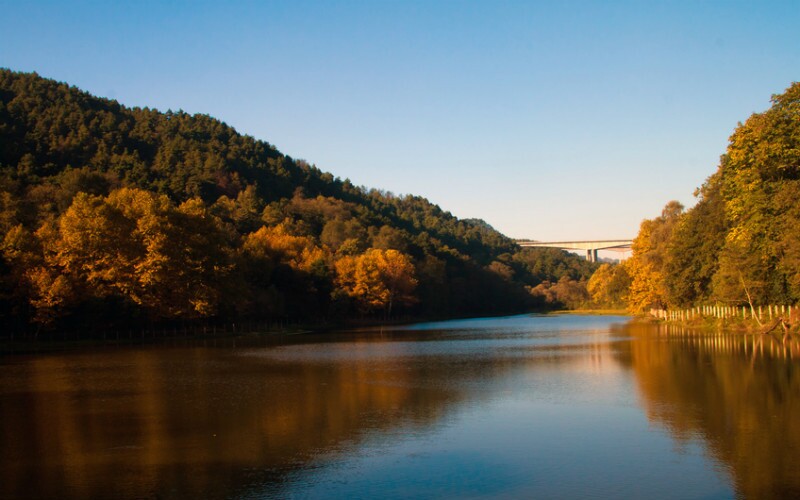 Guiyang experiences a monsoon climate. It lies in a subtropical zone that is temperate and humid, with neither severe winters nor hot summers. It is characterized by abundant rainfall and long frost-free periods, with annual average temperature 15 °C (59 °F); annual rainfall 1197 mm (47 inches); relative humidity 76.9% and frost-free period of about 270 days. The hottest day occurs in late July, and the coldest in early January. People in Guiyang are proud of the pleasant climate and often call it "Another Spring City", comparing it to Kunming. There is an old saying that "You’ll not get more than 3 consecutive sunny days in Guizhou", but it’s not really true. It’s true, however, that the rainy season here is all year long, especially late spring and early summer. Umbrellas should be kept at the ready when traveling around Guiyang.

The pleasant weather in Guiyang makes it suitable for visiting all year round. Have a look at our Guiyang Tours and choose your time of travel. Summer and autumn are the best times for visiting Huangguoshu Waterfalls, when the water is abundant and the scenery is most splendid. If you are fascinated by ethnic customs, the best time to go is during the Spring Festival Holidays and in early spring. Many local festivals are celebrated in this month (see festivals in Guizhou Province). Avoid visiting during the May Day Holidays (the first week of May) and National Day Holidays (the first week of October), for there will be many more Chinese tourists then than at other times.

Spring is from March to May. It is warm but changeable, with some short cold spells. Rainfall is frequent but is mostly drizzle. Prepare shirts, light sweaters, coats and umbrellas for spring in Guiyang.

Summer is from June to September. Located in a mountainous region and surrounded by mountains and abundant in forests, Guiyang boasts comfortable summer weather. It is not excessively hot, with fresh air and abundant rain which mostly falls at night. The hottest month is July, with average temperature of 24 °C (75 °F). The average temperature in the summer months is 23 °C (73 °F); the average high temperature ranges between 25 °C (77 °F) and 28 °C (82 °F), while the average low temperature ranges between 17 °C (63 °F) and 20 °C (68 °F). Any summer clothes will do, such as shorts, shirts and skirts, but it is also suggested to bring a light coat for the evenings and even a sweater for visiting mountainous areas. Huangguoshu Waterfalls has the most splendid scenery of the year in summer, with water in abundance.

Autumn is short, from October to November. The weather feels cooler with the autumn breezes and there is more drizzle.