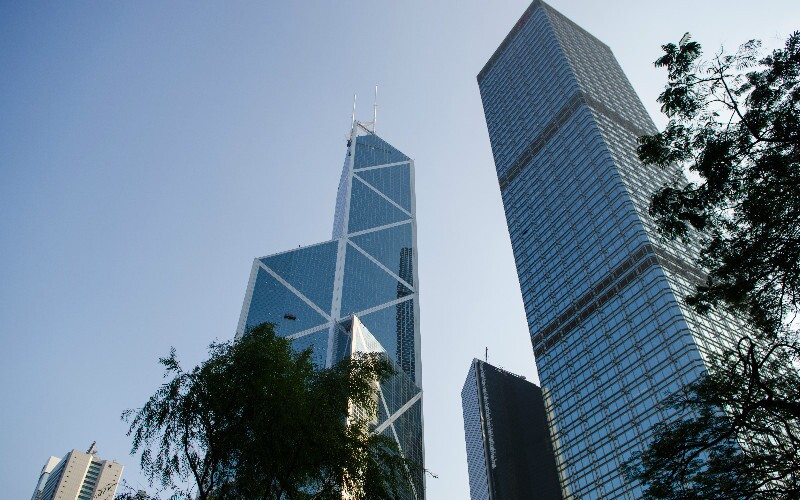 Hong Kong Currency: a Travelers' Guide to Money in HK

In Hong Kong, you'll need to know how to use the local currency called the Hong Kong dollar (HKD), how to obtain it, and how to pay for things in Hong Kong. It's all here...

Using money in HK is easy for foreigners: Travelers generally find that their cards are accepted widely and that transactions and ATM withdrawals are easy. It is easy to exchange money at good rates at some currency exchanges.

For Americans and citizens of some other countries, handling Hong Kong paper cash is more familiar since the denomination values are about the same as in the US. Hong Kong dollar notes in everyday circulation are $10, $20, $50, $100, $500 and $1,000. However, there are no $5 HKD and $1 HKD notes. There are coins for these amounts as well as a handy $10 HKD coin. However, the cash is colorful unlike the American cash.

It is fairly easy for travelers to find and use ATMs since they are everywhere except in remote areas such as in the countryside or small villages. Any sizable town of a few thousand people will have ATMs available to use.

ATMs can be found on almost city street, at bank offices, by supermarkets, next to many convenience stores, and in metro stations. They operate 24 hours. They take international cards and have instructions in English and Chinese. Generally, people can withdraw in amounts of 300 USD or 400 USD (4,000 HKD).

To get the best conversion rates and lowest fees, people should check with their home country banks and do some searching to find the ATMs that will give the best rates for their particular card. The various banks and banking networks offer different rates depending on their agreements with foreign banks.

How to Pay for Things in Hong Kong

Other than using Hong Kong dollar cash, options for paying for things in Hong Kong abound:

Paying by plastic is probably the easiest way to pay in HK.

Hong Kong is modern and international. It is the most popular city for tourism in the world, and so international credit cards such as American Express, VISA, Diners Club and MasterCard are generally welcome at the bigger hotels, retail shops and restaurants.

Businesses will often display signs showing which cards they will accept.

You can use WeChat to pay in HK.

Electronic mobile payments apps are not yet as commonly used as in China where the majority of the population uses them every day now. The most commonly used app system in Hong Kong is Apple Pay. Other payment apps in use include Octopus's "O! ePay" and Android Pay.

People with Mainland WeChat Pay and Alipay apps will find that many taxi drivers and some stores and restaurants in the tourist areas will accept them. They will post signs showing which electronic apps they accept.

Octopus cards are handy for travelers. Not only do they allow for quick electronic payment for transportation such as the MTR metro to avoid getting tickets, you can use them to pay for everything from convenience store purchases to restaurant bills at many restaurants. Again, it is a method to avoid handling cash or getting scammed with counterfeit money.

How to get an Octopus card: You can buy these little plastic debit cards at a metro station ticket office or machine. You can also get them at the ferry ticket offices in Central. Add however much money you need. You can return these for a full refund of the 50 HKD price and any unused cash at stations and ticket offices.

Some stores, supermarket chain stores, and the 7-11 convenience stores (there are many in Hong Kong) will accept Chinese RMB cash, but usually, they want to take something like 20% of the value as profit. If they will accept Chinese yuan, they might put up a notice about it or a 元 symbol.

RMB may be readily changed in Hong Kong into other currencies. Low limits are set on how much RMB you can change to a foreign currency in a single day in China itself.

How to Exchange Money in Hong Kong

At Hong Kong International Airport, currency exchange counters are open from early morning until late at night. Many located within the city stay open into the evening.

Tsim Sha Tsui and Nathan Road are where you can get the best rates since the competition is high. However, prices vary, and you can find better value for currency exchange not along the main tourist thoroughfares but just behind them in the side streets where the locals and Chinese go. If you want to find these places, do a little looking around.

In Chungking Mansion on Nathan Road, the little currency exchanges near the entrance post fairly fair currency exchange rates without any added fees, and their rates are better than in most other exchange windows in Tsim Sha Tsui. The rates inside are about the same. But they don't post the best value to be had in the area. You can get a better rate at little storefront exchanges on the side streets near the building.

It is easy to change Hong Kong dollars back to foreign currency also.

It is fairly easy and common to transfer money to and from Hong Kong. The million foreign workers and other residents as well as Hong Kong businessmen regularly transfer money back and forth to people all over the world.

The money transfer situation is much easier in HK than in Mainland China where there are numerous regulations, and various money transfer methods are blocked or are illegal. So if you need to send or receive money, it might be better to do it in Hong Kong than in China. You have several choices, such as inter-bank transfer, online money transfer, and international money transfer company offices.

You'll find that interbank transfers are comparatively easy in HK. However, the exchange rate (often about 1 USD per 5.8 HKD or a 2 HKD loss per US dollar) can be quite unfavorable, and the bank fees might be quite high (20 USD per 1,000 for example) depending on the banks involved. So you might lose a lot of money by inter-bank transfer.

Money transfer offices might prove suitable for many tourists, especially those sending to/from those countries such as the Philippines and Indonesia that have hundreds of thousands of local residents transferring money back and forth to people back in their home countries.

The 7-11 company has agreements with MoneyGram and Western Union so that their 7-11 branches in Hong Kong that are equipped with functional money transfer kiosk machines can act as agents for you to send or receive money internationally.

Also, national oriented companies such as the Philippines' Cebuana Lhuillier for pera padala have agents in Hong Kong. The World Wide Plaza building is a location in Central near the IFC Mall is a useful place to go for money transfer offices of several companies since it is in a favorite tourist area.

How to Recognize Fake Money and Other Crime/Scam Tips

Fake money isn't much of a problem in Hong Kong. Thus far, the fake money that has been investigated by the police in Hong Kong is mostly poor in quality, and locals can spot the fake cash.

But since you as a traveler or tourist are a target because you are less familiar with the way the money looks and feels, we suggest look at the web pages of the Hong Kong Monetary Authority to familiarize yourself with the security features of Hong Kong banknotes.

Rub the bills in order to see whether it has an embossed texture. If you receive counterfeit money, hand it over to the police. Don't try to use it lest you be charged with a crime.

Try to pay in smaller denominations to avoid getting fake cash back. So try to carry a supply of smaller bills and coins with you so that you can use it as you go around and to avoid fraud. As a foreigner, you probably are not familiar with the look and feel of real currency, so you might be more of a target for counterfeit fraud. To avoid getting counterfeit money in return, try to pay in smaller denominations.

Be careful of your money in busy Hong Kong.

Pick pockets: In crowded streets, on the trains and buses and other places where crowds press close, keep your money well secured and concealed. Keep an eye on your belongings. When you dine and shop, try to keep valuables close to you and don't leave them in positions where people might snatch them.

Bargaining: Bargaining in the street markets is a part of the culture. Remember to bargain. Particularly in tourist areas, in markets, and on the side streets, you as a foreigner you are a target for price hiking. You can try to bargain with other venders when a particular vender won't bargain.

Compare prices: However, in supermarkets and big stores, the prices are posted, and there is no bargaining. Do a lot of comparison shopping to get a feel for what a good price is.

You should tip those who help you with luggage in HK.

Tipping in Hong Kong is appreciated and important (unlike in Mainland China).

Giving HK$ 10 to 15 for per piece of luggage carried for you is appropriate. 2% of the daily room charge will suffice for the room attendant as well as any smaller change when delivering room service or anything else to the room.

Giving HK$ 5 to 10 at inexpensive restaurants and about 15% of the bill at fine restaurants is appreciated. At some restaurants, tips for the waiter are automatically added on to your bill as a service charge.

Tipping Your Tour Guides and Drivers

For a 1 person private tour, we suggest paying HK$100 to 200 a day for a tour guide. For a driver, it would be HK$100 per day for 1 person. Keep in mind that in some companies, the workers are dependent on tips for their income. We ensure our employees are paid a suitable salary.

See more on our guide to Tipping in Mainland China, Hong Kong, and Macau.

Having a local with you to teach you about local transaction methods and handling cash can be quite valuable. They can also help steer you to optimal shopping experiences that you'll enjoy.

Private car and driver might be the best option if you want to do a lot of touring, business, or sightseeing in Hong Kong. A private driver or aid from an English speaking guide/interpreter is relatively inexpensive compared to Western countries and Japan. But pick a reputable company like China Highlights. You can arrange for our driver and guide to wait for you.

Or let us help you plan a personalized Hong Kong tour. Our tours are developed through years of experience and customer feedback and are reasonably priced. They can be customized to your requirements.