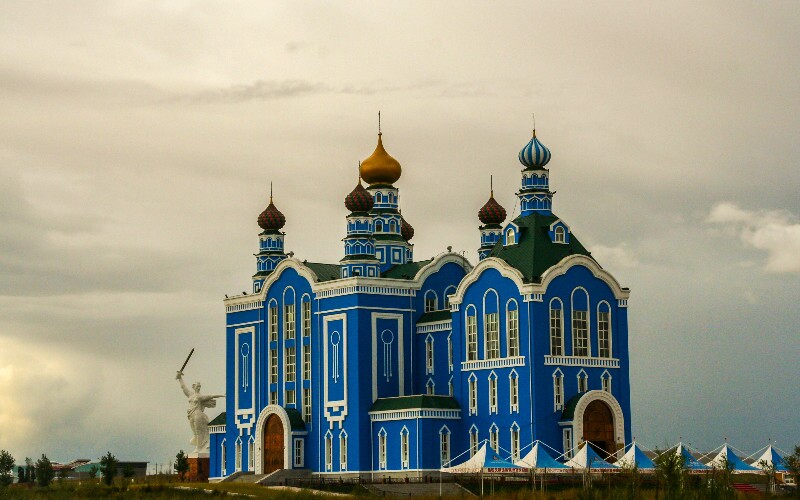 Manzhouli Travel Guide — How to Plan a Trip

Manzhouli, meaning ‘luxuriant spring water’ in Mongolian, got its name during the construction of the Dongqing Railway (‘Eastern Qing Railway’) in 1901. Clear Hulun Lake with its “immaculate ripples”, the renowned hospitality of the Mongolian people, the exotic border cultures, and its exuberant nature make Manzhouli a very unique city with mixed charms.

Scroll down to find out interesting facts about Manzhouli, the best times to visit, top things to do, and other travel tips.

Well positioned in the northeast of Inner Mongolia, and covering an area of 730 square kilometers (282 square miles), Manzhouli enjoys the best of three countries: China, Russia, and Mongolia and has become a very mixed urban city. It shares borders with Xing’anling on the east, Hulun Lake on the south, Mongolia on the west and Russia to the north.

The population of Manzhouli is three hundred thousand with Mongolian, Han, Russian, and other ethnical groups which altogether tally up to more than twenty groups.

Manzhouli Port has a century-old history and is now China's busiest land port, hence it’s known regionally as "the Window of Eastern Asia".

Spring in Manzhouli is dry and windy. Summer is cool with an average temperature of around 20°C (68°F). Frosty and cold days are common in autumn, while its winters are long and cold.

Temperatures can fluctuate drastically from day to night. January is the coldest month and July is the hottest month.

The best times to go are from June to September. July is the perfect time for you if you are a prairie-view lover. If you want to enjoy the autumn views, it is best to visit in September when the weather is neither too hot nor too cold and not too crowded with tourists.

If you want to admire the snow-covered grassland views, November to February would be good choices.

Things to Do in Manzhouli

Hulun Lake, also called Chalai Nor or Dalai Nor (Dalai means ‘sea’ in Mongolian), is located in the beautiful and vast Hulunbuir Grassland, with two rivers, Kerulen River and Orxon River, flowing into the lake.

Hulun Lake is a popular summer vacation destination known for its cool climate, stunning scenery, fresh air, and large number of fish, bird, and plant species. The area is also popular with birdwatchers, who are eager to see the swans, cranes, gulls, egrets, and wild ducks.

2.  Have Fun at Matryoshka Square

Manzhouli is a fusion of three cultures: Chinese, Russian, and Mongolian.

Matryoshka Square, or Taowa Square in Chinese, is the only one of its kind in China, with features that combine all three cultures.

The 3,200-square-meter (34,000-square-foot) square has a host of over 200 oversized Matryoshka dolls, which are also known as nesting dolls. The dolls have a wide variety of figures painted on them in many styles. They have Russian, Chinese, and Mongolian girls painted on the outside of some.

The largest one is 30 meters (100 feet) tall. This massive doll holds the Guinness World Record for the largest Matryoshka doll in the world. Inside of it, there is a hotel, Russian cuisine restaurant, and a performance hall.

Manzhouli Railway Station was built in the 24th year of Guangxu in the Qing Dynasty (1898) and now acts as a connection point of the Eurasian Continental Bridge serving Beijing-Manzhouli-Moscow international trains.

With Harbin as a transit station, you can travel to Manzhouli from Beijing, as well as from Changchun and other cities in northeast China. However, only normal speed trains run on this line and are often overnight.

Harbin to Manzhouli — around 12–13 hours

Changchun to Manzhouli — around 16 hours

Beijing to Manzhouli — around 32½ hours

Find more on trains to Manzhouli by searching our schedule info >>>

Manzhouli is reachable by road via National Highway 301 from Harbin (about 12 hours) and Hailar (about 3 hours).

You can also take a bus from Zabaykalsk, Russia to Manzhouli via the China-Russia Border Crossing, which takes around 2 hours including border formalities.

Manzhouli offers a wide range of hotels, with either international hotels like the Shangri-la Hotel Manzhouli or Russian-style ones like Manzhouli Hotel. If you are traveling with children, the Matryoshka Hotel may be the best choice with hotel rooms decorated with Matryoshka dolls.

Souvenirs in Manzhouli are almost all Russian crafts like matryoshka dolls, Russian watches, Russian etchings and lamps, and coins of the former Soviet Union. You can also buy oversized clothes that most Russian people prefer.

A Manzhouli tour is usually combined with other popular tourist destinations nearby like Hulunbuir Grassland. Below is a sample itinerary which can be customized.

On arrival at Manzhouli, your private tour guide and driver will escort you from the airport or train station to your hotel.

Drive around 3½ hours to Erguna. Visit the Erguna Wetland which is praised as the “No. 1 Wetland in Asia”. Enjoy the endless bushy meadows there.

Drive around 1½ hours to the heartland of the Hulunbuir Grassland and visit the Golden Horde Mongolian Tribe. Join in the featured grassland activities.

Your guide will see you off at the airport or train station.

Cannot wait to visit Manzhouli? Contact our Manzhouli expert for a customized tour. 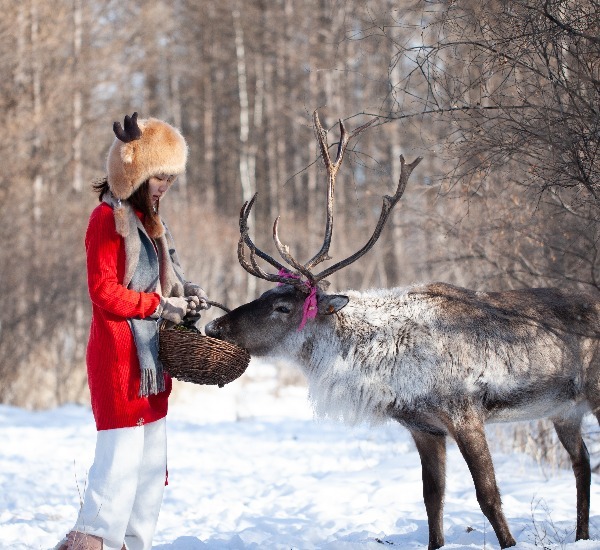