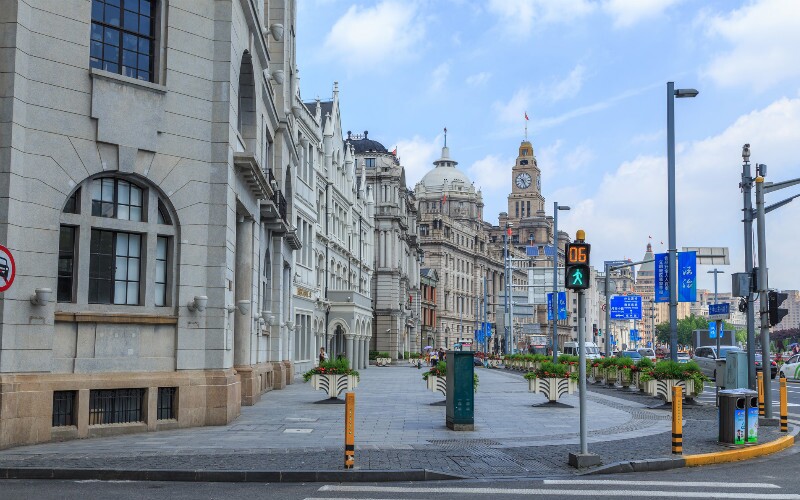 10 Facts Travelers Should Know About Shanghai

Shanghai is known as “The Pearl of Asia” and “The Paris of the East”. It's a city of youth, commerce, and an international beat that runs through each side street and riverwalk.

Here are 10 facts you should know before visiting Shanghai.

1. Shanghai is the world's largest city.

China is known for its crowds, and Shanghai is possibly the best example of this. Shanghai’s city proper population was 24 million people in 2014, and it is continually rising. Shanghai's extensive metro service is necessary to cover its many districts and keep this thriving city running each day.

When the Chinese government set out to make Shanghai the New York of Asia, they certainly took the motto of "city that never sleeps" to heart.

Shanghai tops the list of world cities by population within an administrative area (city proper), and comes third in the world in terms of commuter zone population as well (metropolitan area pop.: 35 million).

2. Shanghai is a world finance and cultural center.

The city has boomed in the last two decades because of China’s desire to see it become an international center of finance and culture. Many businesses are thriving in Shanghai and offering new opportunities to China's growing middle class and foreigners looking to broach the Chinese market.

The city has seen a constant rate of growth and is the center for many international companies working within China. It has also become a hub of culture with notoriety in fashion, art, and design. Shanghai is also known as the birthplace of Chinese cinema, which is gaining popularity around the world.

3. Shanghai is a transportation powerhouse.

The Maglev train in Shanghai

The longest metro system in the world spreads beneath the city of Shanghai with 400 miles (644 km) of tunnels and track. The Shanghai metro has 393 stations spread throughout the city and connecting major attractions, making it easy to navigate for international visitors. Shanghai boasts the world's fastest train, the Shanghai Maglev, which connects Pudong International Airport to downtown Shanghai.

4. Shanghai is close to some beautiful water towns.

Located between 20km and 100km to the west of Shanghai are several ancient towns that use waterway like roads. In these picturesque towns, locals and tourists alike travel around on canal boats. A visit to one of these towns is an ideal day-trip from Shanghai. Check out our guide to the top 10 water towns near Shanghai

Get some inspiration from our 2-Day Shanghai Water Town Tour.

5. Shanghai is the most attractive China city for expats.

In 2016, Shanghai was named the most attractive city for expats for the fourth time in six years by International Talent Magazine. 48,000 expats were polled and asked to rank their city on categories such as living environment and policies for foreign professionals. Shanghai was home to more than 170,000 expats as of 2015.

A night view of the Bund from a Huangpu River cruise

7. Shanghai boasts a fantastic blend of history and modernity.

When it was a colonial territory in the mid-nineteenth century, Shanghai was divided into British, U.S. and French concessions and a Chinese walled city. Many Chinese lived in the foreign concessions, which caused a blending of cultures that brought Shanghai a unique variety of architectural styles and a fascinating history.

As a thriving metropolis, Shanghai also has a very modern feel. The city’s modernity is most apparent when nighttime falls at the Huangpu River, where visitors can see a stunning light display and enjoy great views of the city’s skyscrapers. See How to Spend a Night in Shanghai: Top 10 Things to Do.

Many areas in the city center were influenced by foreign planners and architects, which gives the city its unique international feel. Areas like the Concession and the Bund are still popular areas to find expats who call Shanghai home.

9. The best times to visit Shanghai are the middle seasons.

The best times to visit Shanghai are in the spring and autumn. Summers have temperatures in the 90s °F (32°C+) and high humidity levels. Winter temperatures hover around freezing, and it becomes damp.

The spring and autumn offer mild temperatures and clearer air, which are coveted travel conditions in China. Visiting in the spring means prime viewing of Shanghai's many flower gardens and green spaces, which offer a brief respite from the built-up feel of the city itself. Autumn offers mild temperatures with less humidity and rainfall to interfere with your excursions.

Of course, when traveling in China be sure to consult the calendar of national holidays to ensure you avoid the crowds.

For citizens of the United States, Great Britain, Australia, Canada, and others, Shanghai offers a 144-hour (6 day) Visa-Free option for Shanghai and the neighboring areas of Jiangsu and Zhejiang.

Travelers who wish to avoid the hassle of applying for a visa may choose this option as long as they are willing to limit their transit to these areas. See How to Make the Most of Your 144-Hour Visa-Free Stay in Shanghai.

Visiting Shanghai with Us

If you are looking to experience the heart of modern China, let us help you plan a tour that is perfect for you!