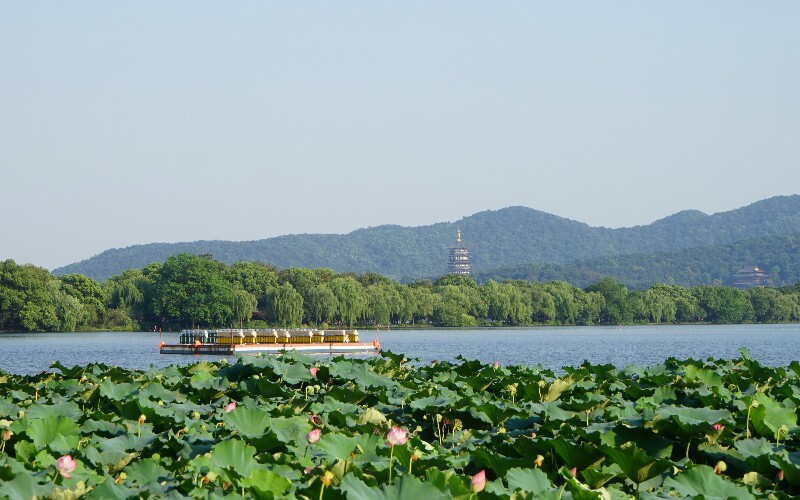 The Top 10 Furnace Cities in China

This is said to be the hottest weather in 140 years, and records are being broken in many provinces. It is causing a number of hazards (roads buckling, heatstroke, drought...), and hundreds of people have died. Many problems are compounded because authorities might limit electrical power usage or there might be brownouts. Who knows when the heat wave will end, but it might last till the end of August.

A number of large cities in China are traditionally known as "furnace cities". Here are weather details for the 10 hottest China cities as rated by Chinese climatologists. Attractions that are recommended despite the heat and our recommendations are outlined below. Chongqing is a very large inland city on the Yangtze River and the number one starting place for Yangtze River cruise ships. It is usually the hottest city, and temperatures have reached Red Alertlevels (over 40°C, 104°F) in August. The heat has little effect on taking a Yangtze Cruise, as our private car will transfer our customers to the port. All Yangtze Cruise ship are equipped with air-conditioning.

To avoid the hot weather, we advise against walking around city attractions like Chongqing Zoo in the heat of the day, but instead seeking indoor attractions with a/c and mountain and river attractions outside the city. See Chongqing Weather for more detailed information and tips.

In 2013, Fuzhou's unusually hot summer has made it this year's "#1 Furnace City." It is a medium-sized, economically dynamic city in southern China's Fujian Province, not usually on the tourists' beaten path.

To escape the heat, a fine mountain park outside the city called Qingyun Mountain is where you can go to enjoy the cool mist of waterfallsand the breeze in the shade of trees on the slopes. Hangzhou is a popular travel destination in China. The city  on China's southeast coast is famous for the picturesque West Lake.  Hangzhou famous places to escape the heat: Moganshan Mountain Park and West Lake. There are air-conditioning boats cruising around West lake during days and at night.  Moganshan has nice mountain resorts to retreat to.

Nanchang is adjacent Poyang Lake. The up-to-1,474-meter-high (4,836 feet) Lu Mountains are a place to escape the sweltering heat, and it's a UNESCO Heritage site. Changsha in center China's Hunan Province, is less attractive to foreign travelers. The city is a main gateway to Chairman Mao's birthplace, Shaoshan.  We advise travelers to avoid this city in the hottest months. Wuhan has suffered both major flooding and over 40°C temperatures in the wide concrete expanses of its inner city. Humidity of the river compounds the heat, so if you visit the Yellow Crane Tower and similar city sights, visit in the early morning. When visiting Xi'an's Terracotta Warriors and other dynastic sites in this year's temperatures of over 40°C (105°F) make sure you drink plenty of water and protect yourself from the sun. Having cool transport, restaurants, and hotels provides welcome relief. Tour Xi'an with China Highlights, and we'll keep you cool, doing our best to ensure you have a comfortable experience despite the heat. Nanjing is China's old southern capital on the Yangtze River that is also a favorite Yangtze cruise stop. The city, capital of six ancient Chinese capitals, is famous for its historical relics. Sightseeing is ok even in the hottest weather, as most of the cities' historical sights are located at the foot of the Purple Mountain. It is much cooler than the urban area. A more important reason is that all our cars are equipped with air-conditioning.  If you go hiking on Purple Mountain, leave early to avoid the heat of the day. Hefei, capital of Anhui Province, is a large off-the-beaten-track city. This summer temperatures are expected to reach 42°C (107°F). Nanning, the doorway to Vietnam, is one of China's southernmost big cities and experiences both high humidity and high temperatures. Nanning gets plenty of rainfall in high summer, but the cooling effect is very temporary.

Use plenty of sunscreen, drink plenty of water, and wear a hat to avoid heatstroke.