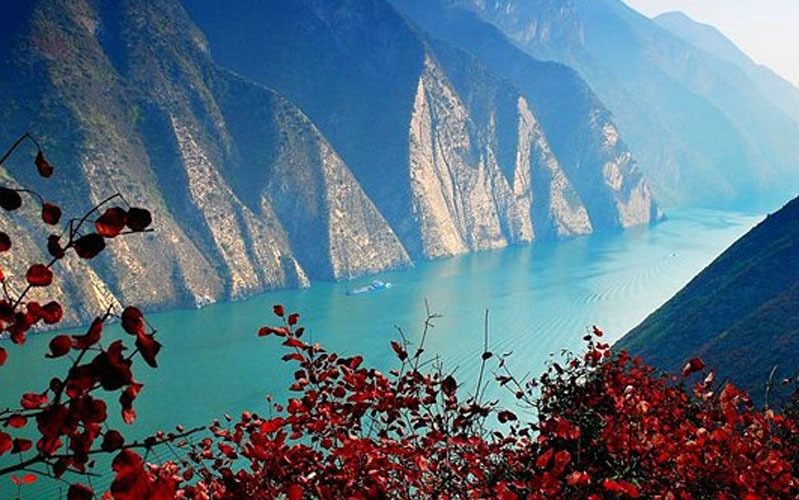 Chongqing is located in the subtropical climate zone. The climate belongs to the humid sub-tropical monsoon climate. Chongqing is known as one of the "three furnaces" of the Yangtze River Delta, the other two being Wuhan and Nanjing. It is also a foggy city. Late fall to early spring is the fog season. The average low temperature in winter is about 6 °C (43 °F). The average high temperature in summer is about 31 °C (90 °F).

The annual average precipitation is about 1,400 mm (inches). When spring and summer meet, it often rains at night. Most days are foggy in winter and spring. The hottest months are also the rainiest months. In the summers, the rain, humidity and high temperatures makes the city uncomfortable. Travel during the winter is probably too cold and bleak. Less rainy, April, September and October are probably the best months for travel. For a river cruise, perhaps coming in the summer and fall is the best so that you can bask in the sun. See our Chongqing Tour Packages and choose your time of travel.

Spring is from March to May, with sharp and frequent intervals of temperature changes. It may warms up for a few days and then turns cold later. The city falls under fog in spring. Wearing sweaters and coats are enough to cope with the weather, but also prepare long-sleeve shirts for the day when it gets warmer. This season is suitable for visiting Dazu Grottoes.

Summer is long and hot from June to September. Chongqing is known in China as one of the "three furnace cities", characterized by extremely hot and humid weather. The average temperature of the three months is 30 °C (86 °F). Summer is the rainy season, and the hottest month is July, with the highest temperature reaching up to 44 °C (111 °F). Wear any summer clothes such as T-shirts, skirts and shorts, bring umbrella, apply sun protection and drink lots of water while visiting Chongqing in summer. Taking Yangtze River cruise in summer allows you to bask in the sun while enjoying natural scenery.

Autumn is from October to November, with the weather being generally pleasant and cool. It is the best time for visiting Chongqing and also for taking a Yangtze River cruise. This season has frequent and sharp intervals of temperature changes. T-shirt, thin sweater and a coat is enough to cope with the weather.

Known as one of China's "Three Furnaces" (along with Wuhan and Nanjing), Chongqing gets unbearably hot during the summer, especially July and August (up to 43.8 °C). The surrounding mountains seem to just trap the city's heat. Visiting during any other season is recommended.

If you like the mysterious ambience created by heavy mists, consider a spring or autumn visit. Also known as "Fog City" in addition to "Furnace", Chongqing averages sixty-eight days a year of fog and mist, usually in spring or autumn.