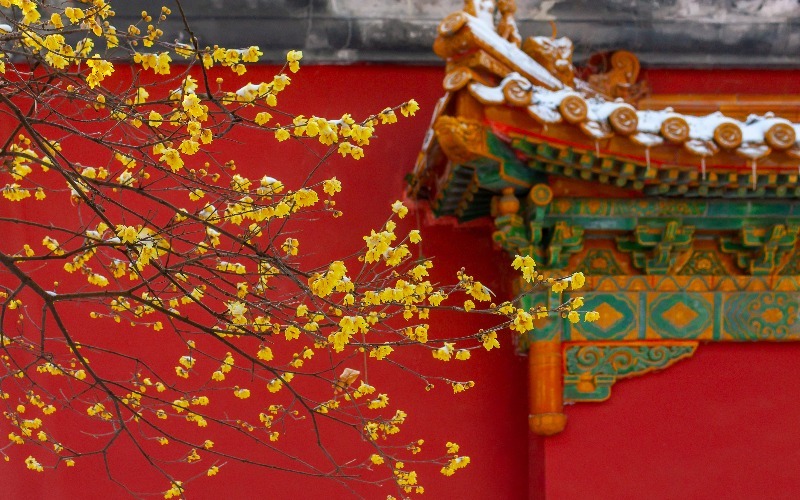 10 Facts on Cixi — The Empress Who Ushered in Modern China

Empress Dowager Cixi (1835–1908 was one of the most important women in history, who brought China to within 4 years of the modern era, and ruled with intelligence, strength, ruthlessness, and tirelessness. Rising from foot-bound sexual servitude, she brought the world's most populous empire to its knees, and came very close to ending over two millennia of imperial China.

A lot has been written about Cixi and her rise from being a concubine to leading China. There still remains mystery around Cixi as an individual and there are conflicting reports about her rule. To keep this objective, we have captured the top highlights for you, about Cixi's life, and the role she played in creating the China that crawled out of feudalism into its modern age as a republic.

1. Cixi was not the first female ruler of China

However, Cixi remains the most famous and influential Chinese empress. There were other ruling empresses before her time, such as Empress Lü Zhi (241–180 BC),who was China's first ruling Empress; Empress Wu Zetian(624–705), who was the only woman to rule as "Emperor" (not Empress); and Empress Wei (–710).

2. Cixi was the longest ruling woman in China's history

She became Empress Dowager on 22 August after Emperor Xianfeng's death in 1861, ruling 47 years until the day she died in 1908. After this,her chosen successor, the child puppet Emperor Puyi, was forced out by the Republican army. It seems a woman was still in power, as his mother, Empress Longyu, signed his abdication.

The Forbidden City — residence of Cixi during her reign.

Throughout her reign of the Qing Dynasty (1644–1912)spanning nearly five decades, she lived in the Forbidden City, Beijing. The exact place from where she ruled is in the Eastern Chamber of Warmth in the Forbidden City. There are two thrones with a yellow sheet between them. The child emperor would sit on the throne in front, while Cixi would occupy the one behind the sheet as was protocol since she was a woman.

Coincidently, Cixi reigned at the time of another woman in charge of the other great empire of that era — Queen Victoria (reign 1837–1901) of the British Empire. From 1861 to 1901 more than half of the world was ruled by two women!

3. Cixi was fearless and ruthless

Accounts about Cixi lead us to believe she was confident and knew what she wanted — power. Upon the death of Emperor Xianfeng and as mother of the emperor's only son, she conspired and led a secret coup against the regency council of the elderly and conservative officials to take over the throne. A high risk plan was successfully executed under her lead without hesitation.

4. Cixi was a feminist

It has been established that it was in fact Cixi who was the first leader to ban the practice of foot binding among women in 1902, which was later rescinded. However, after the fall of the Qing dynasty, the Republic of China effectively outlawed this custom for good.

Cixi encouraged modern education for women by urging senior officials, viceroys and such to help fund schools for girls. She set up a School for Aristocratic Women, as well as an institute of higher education for women. She issued a decree in 1907 called the Regulation for Women's Education, which made it official that women must receive education. These efforts led to China's first female students being awarded scholarships to go abroad. Among the recipients of these scholarships were Mme Sun Yat-sen (Honorary President of Communist China) and her younger sister, Mme Chiang Kai-shek (First Lady of Nationalist China) in addition to other prominent women.

5. Cixi was ahead of her times (for China)

She injected fresh blood into the way the monarchy ruled the country. Under her post-1900 leadership (her reversal of policy years), China's relationships with foreign nations improved, and China opened up trade relations and maintained regular interactions through diplomats to the USA, Japan, Britain, etc.

6. Cixi could be merciless to protect her life and her empire

She did not hesitate in ordering killings in response to plots to kill her. Among her victims was Emperor Guangxu's son's favorite concubine Pearl, who was thrown down a well by her eunuchs. We have written in detail about the killing of Zhen Concubine at the Imperial Palace in Beijing. Cixi also ordered the killing of Emperor Guangxu by arsenic poisoning, just a day before she herself died.

7. Cixi had a fondness for the arts

Cixi has penned many original compositions which were performed and staged by her eunuchs. She loved the opera and would like to watch one almost daily. She was also known to be a good singer and loved bird-gazing in her beautiful gardens.

8. Cixi was a workaholic

Her days began very early in the morning, before sunrise at 5 am, and she worked relentlessly, clearing mountains of paperwork and meetings through the day. She would barely make time for meals and even worked tirelessly at times of sickness. She is famously known to have worked until the last couple of hours, right before her death.

Cixi died on the afternoon of November 15, 1908 and was buried amidst the Eastern Qing Tombs, about 75 miles east of Beijing. In life, she took care to re-build her own tomb — Ding Dongling — to make it a much larger, grand complex of temples and gardens.

However, her tomb was bombed and destroyed in 1928 by the Kuomintang army, who also stole jewels from her coffin, including a large pearl from between her teeth and damaged her corpse.

The complex of her tomb was restored in 1949 by the People's Republic of China and can be visited today at the Eastern Qing tombs in Zunhua, where it stands out from the rest of the tombs.

10. Cixi made some serious errors

Mishandling the Boxers was one serious error on her part. The Boxer Rebellion (1900) rose in notoriety with their hatred for the Westerners in China. Cixi wanted to use this hate towards discouraging foreign armies from invading Beijing, but that did not work well at all. Hundreds of foreigners were murdered, and she had to flee Beijing as well when European allies in China ended the rebellion.

She was also rightfully held responsible for siphoning off vast sums of state money to build a new Summer Palace when the older one was destroyed just before her reign. She was obsessed with restoring the Summer Palace — a must-visit in Beijing — where she wanted to live out her last days.

Travel with Us for the Best Imperial China Experience!

If you want to immerse in a first-hand Chinese experience that include travel to key places that played a role in Cixi's life, you can customize a tour or use our tailor-made service.