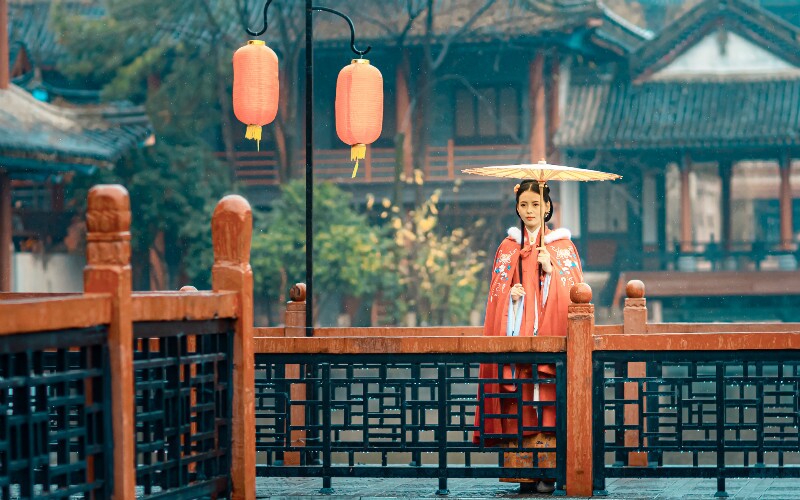 10 Simple Facts to Learn about the Song Dynasty The Iron Pagoda was the built by the Song in Kaifeng in 1049.

The Song Empire (960–1279) was at the time the world's most powerful entity, economically and militarily. Despite being most populous and most advanced scientifically and economically, the Song succumbed to repeated military mistakes. These 10 facts are the highlights.

1) The Song Empire arose when a general of a small state conquered a large territory.

When the Tang Empire collapsed in 906 AD, their territory was divided among kingdoms or tribes for 53 years. Then in the year 960, a general in a small kingdom rebelled against his own king. This general took the name Emperor Taizu (927–976), and during the next 20 years, he and his son defeated the other kingdoms and so established the Song Empire.

2) Taizu stands out as an emperor who fostered science and education. Taizu was unusual for his time for the extent that he nurtured and promoted the educational system, scholarly rule, and scientific research in his empire.

He expanded the Imperial Examination system so that most of his officials had to pass the exams to prove their qualification to rule. He staffed his government with well-educated people and ensured that military generals had less power in the empire than his court and officials.

Scientific Academies: He created academies that allowed a great deal of freedom of discussion and thought. These academies successfully nutured world-leading scientists and officials who excelled in literature and the arts. Their high level of education helped them formulate beneficial trade policies with other countries and introduce new weapons such as rockets and mortars. The Pota Pagoda was built in 974 in Kaifeng.

The Song had a law that any farmer who planted on fallow land and paid taxes could own the land, and this encouraged peasants to become landowners.

Metallurgy improved so that by 1078 the empire produced 125,000 tons of iron that was used for construction and to make implements and weapons. Paper currency was first issued and used during the Song Dynasty era. World trade was a major source of wealth.

4) The Song population doubled in 150 years.

Due to agricultural and trade wealth, Song cities grew in size and several had more than a million inhabitants. Kaifeng, the capital until it was captured in 1127, was the second biggest city in the world with about 1,000,000 people, and Hangzhou, the Southern Song capital, had a population of 1,000,000 as well. The overall population grew from 50 million at the beginning to about 118 million 167 years later in 1127.

5) The Song probably led the world in literacy, wealth, art, and education.

Urban dweller's education improved since schools were numerous, and greater wealth allowed the people to have the time to engage in study, reading, artistic pursuits, and travel. Arts and theater thrived. Mass circulating books became common for the first time in any country, and the people enjoyed reading fictional novels.

6) The Song excelled in innovation.

The Song empire led technologically in some areas. The magnetic compass, rockets and multi-stage rockets, block and movable-type printing, cannons, and the drive chain mechanism were either invented or substantially improved.

A variety of kinds of gunpowder were invented for use in rockets, guns, chemical warfare weapons, and bombs. Their porcelain was the best ceramic in the world.

The Song era was one of two imperial eras (the other was the Han) that had the most scientific and technical progress. Chinese scientists advanced the state of knowledge astronomy, mechanical engineering and other subjects. Shen Kuo (1031–1095) stands out for his research. He was the first to describe the magnetic needle compass's declination.

7) The Song stayed strong despite losing 40% of their territory. Xitang near Hangzhou was a Song era water town.

The Liao Empire was an aggressive enemy in the northeast. In order to defeat them, the Song allied with the northern Jurchens.

Their combined armies defeated the Liao Empire, but then the Jurchens turned against the Song Empire and captured Kaifeng that was their capital city in 1129 and much northern territory.

The Southern Song retained most of the population and wealthy merchant port cities. Following their defeat, a member of the emperor's clan became the new emperor, and he established a new capital at Hangzhou that was then a wealthy trading city. A new period of prosperity began. They prioritized foreign trade and constructed merchant ships, a powerful navy, and harbor facilities. Quanzhou, Guangzhou, and Xiamen were big seaports, and great wealth flowed through them.

8) The Song made the same fatal mistake twice: allying with enemies. Mongols attacked the Song after the Song reconquered northern cities.

9) The Song Empire proved to be the most difficult for the Mongols to defeat.

The Song weaponry may have been the world's most advanced, and they had the biggest population, at the time. So the Mongol army sent to invade them was far bigger than the ones they had sent to quickly conquer all the other countries and empires. However the Mongol army of 450,000 could only conquer the Song Empire after battling 44 years!

10) One of the world's largest naval battles ended in a surprising Mongol triumph.

After fighting the Mongols for 20 years, in 1279, the remaining Song court and their supporters took to a fleet of ships to escape the Mongols. There was a giant naval battle involving 200,000 people on a fleet of 1,000 ships against 20,000 Mongol troops on only 50 ships. Though vastly outnumbered, the Mongols won.

The Mongols blockaded the fleet so that they ran out of water. The Song ships were chained together and made them easy targets. The Mongols could maneuver around the immobile fleet and attack the sick and thirsty people on the boats. The last of the Song court died, and the Yuan Empire took its place.