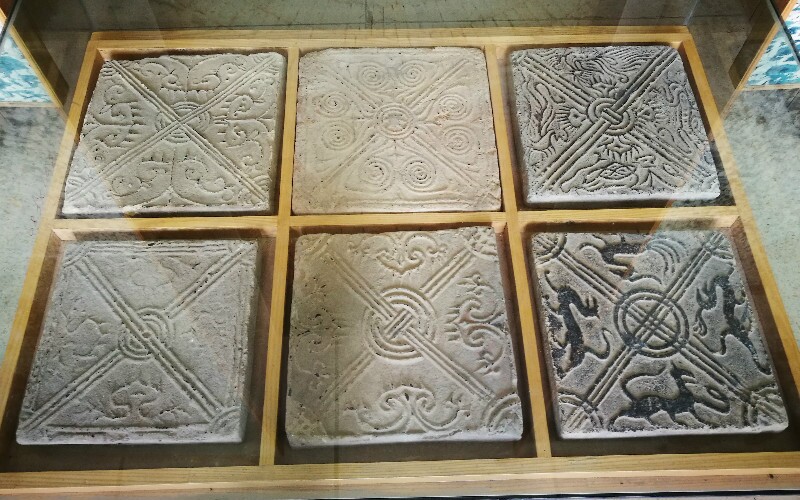 The Sima clan became the dynastic rulers of the Jin Empire (265–420). The dynasty lasted for 155 years, and for a while they controlled about the same territory as did the Han Empire.

Cao Wei (曹魏) was north of the Yangtze and was led by the Cao and Sima clans. They succeeded in conquering Shu Han (蜀漢) in the southwest around Sichuan and Dong Wu (東吳) in the southeast that had territory on the coast.

At first, the Cao clan ruled the Cao Wei kingdom. After the 230s, they were threatened by the Sima clan that held a lot of land.

Sima Yi was a great general in Cao Wei. In 238, Sima Yi took over the capital of Luoyang.

In 263, Wei launched a three-pronged attack against the Shu Han, and the Shu army was forced into a general retreat. In 263, Liu Shan surrendered, and the Jin took over the territory of Shu Han. This marks the end of the Three Kingdoms Period.

The Cao clan still claimed the the throne in Cao Wei. Then in 265, Sima Yan of the Sima clan turned against his own emperor called Cao Huan of Wei and forced him to abdicate. This started the Jin Empire and the Jin Dynasty.

From 265 onwards, the court of the new Jin Empire concentrated on consolidating their control of the area around Sichuan and building up an army. The last big state of the former Han Empire that still resisted them was Dong Wu in the southeast.They prepared to attack.

In 269, the Jin Dynasty started construction of a navy to control the Yangtze River and ferry troops across to attack Dong Wu. This invasion came in 279 after ten years of preparation.

In 280, Emperor Sun Hao of Dong Wu surrendered. In this way, the Jin Dynasty controlled the region of the former Han Empire.

In 290, Emperor Wu died. There was a struggle for succession among the princes and a major civil war among the member of the ruling Sima clan that lasted until the year 307.

During the civil war, their empire north of the Yangtze River was devastated. It is said that the battles depopulated the north and greatly weakened the Jin Dynasty and the Jin Empire. The winner of these battles was the surviving prince named Sima Yue.

Then a surprising event happened. During the Three Kingdoms Period, Xiongnu tribes who had been a major threat for centuries since the Qin Empire were brought into the region to be used as slave laborers.

The Xiongnu rebelled in 304 while the Jin Dynasty was still weak from the civil war. With comparatively few troops, they killed millions of the people and forced many more to move south.

In 316, some remaining clan members fled south to Jiankang (today's Nanjing). The Yangtze River was a natural barrier against further tribal attacks. The Jin court fled the Xiongnu uprising and moved to Jiankang. This event marked the end of the Western Jin Empire era, and the beginning of the Eastern Jin Empire.

Sima Rui founded the Eastern Jin at Jiankang in 317. During this period, huge numbers of people moved south and developed it. During this era, the imperial court was weak and regional rulers started to rebel.

The Attack of Former Qin

A major threat to the Eastern Jin Empire was a new state in the north called Former Qin. Former Qin (351–394) conquered all the other tribal regions in 376.

Then in 383, their army attacked the Western Jin Empire with perhaps about 300,000 troops. They faced about 100,000 Jin troops. It is thought that perhaps half of their army was destroyed.

This defeat destabilized the Former Qin government, and Former Qin ended in rebellions and attacks from other tribes in 394.

This is considered one of the most important victories in the history of the region because the smaller Jin force killed a lot of the troops and dispersed the others. The south wasn't conquered by the tribal peoples.

The End of the Eastern Jin Empire

This was a major victory, but the Eastern Jin Dynasty didn't last long after this. The ruling clan was toppled from power.

The last Jin Dynasty emperor was Emperor Gong (386–421). He was given the throne when his brother was assassinated by the regent Liu Yu. He then abdicated to Liu Yu in 420.

So Liu Yu became the first emperor of the Liu Song Southern Dynasty in the Southern and Northern Dynasties Period (420–589).