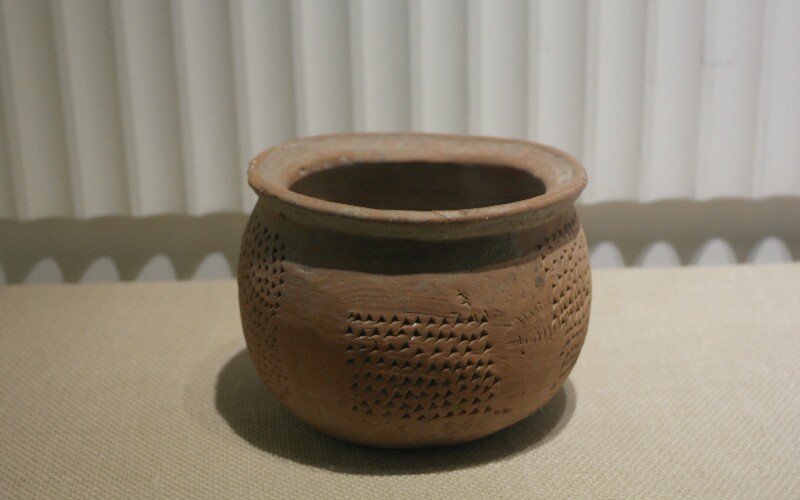 A bronzeware item, which some say is from the Xia people, is displayed in Shaanxi History Museum.

The Xia Dynasty (2070–1600 BC) was the first recorded dynasty in China, however the records and its existence are disputed. However, most Chinese people would say that their ancestors originated in an area near the east coast of China around Beijing and Tianjin and the Yellow River.

This empire was said to have existed for about 400 years until the Shang Dynasty conquered it in 1600. Based on historical writings or myths 2,000 or more years old, we get a picture of what the early civilization was like.

Did the Xia Dynasty Exist or Not?

This question is still debatable since no conclusive evidence has been discovered that link several archeological sites evidencing advanced early bronze-age cultures with the Xia as described in the Han people's written history. Their oldest historical documents were written between 0 BC and 1000 BC.

Sima Qian's account, Records of the Grand Historian, were written between about 109 and 91 BC. He tells about the origins and the history of the the Xia Dynasty of the Huaxia tribe along the Yellow River.

Based mainly on the ancient historical traditions, most Han Chinese generally identify themselves as descendants of the Huaxia tribe of the Xia dynastic clan.

What's the Evidence of Their Existence?

What we know about the Xia Dynasty era comes both from their own written histories and modern archeological discoveries.

Archeologists know that around the time that the Xia Kingdom is said to have existed, between 2070 and 1600 BC, there were several cultures in the Yellow River Basin. Archeologists generally think that the Han ethnic group and their culture emerged in the region about 4,000 years ago. Exact details about their origins are lost in the myths of history, but scholars try to decipher archeological discoveries for clues to uncover their origins.

Though archeologists think they know the general region where the Han originated, scholars debate about the exact area and time of the emergence of their civilization in the middle and lower reaches of the Yellow River. In particular, it isn't clear archeologically about which tribes became the Han. Archeologists have discovered evidence of several tribes or small kingdoms in the river basin area more than 3,500 years ago, but they have not proved which of these people were the ancestors of the Han.

Archeologists have identified the Jiahu people (7000 to 6600 BC) and the Yangshao people (5000 to 3000 BC) who lived in the middle reaches of the Yellow River Valley. In the lower reaches of the river valley, the Qingliangang people (5400 to 4000 BC) lived nearer the coast. No written records of these people have been found, so it isn't clear whether these people were the ancestors of the Han people.

The Longshan culture (3000 to 2000) lived in the middle reaches, and the culturally different Dawenkou people (4300 to 2500) lived in the lower reaches contemporaneously. However, since no written records have been found among their remains and artifacts, it isn't clear whether these people were the ancestors of the Han either.

A site (called Erlitou) was discovered in the central Yellow River basin where the Xia Dynasty is said to have ruled. It is between Luoyang and Zhengzhou, in western Henan Province.

Radiocarbon dating places these discoveries between 2000 and 1500 BC. But it is unknown whether the Erlitou people were the people who were called the Xia.

Bronze tools and artifacts were dug out. But no written records have been found except for some markings on pottery and shells.

Many stone tools, pottery, jade ware, bronze ware, horn implements, and mussels were unearthed. A Chinese dragon-shaped object decorated with beautiful turquoise was believed to be the original image of a Chinese dragon.

As more Erlitou culture evidence is unearthed, we will see what evidence there is to prove that the Xia Dynasty existed.

Historical Records of the Xia Dynasty

Some ancient accounts tell about the rise and fall of a small kingdom along the Yellow River in the northern part of the country over a 500-year period. But the accounts were all written later than the Xia Dynasty.

The main ancient accounts are in the Records of the Grand Historian (written between about 109 and 91 BC by Sima Qian), and the Bamboo Annals. The Bamboo Annals was written by official historians of Jin and Wei during the Spring and Autumn period (770–476 BC).

The Origins of Xia - Descendants of a Great Emperor

Recorded in the Records of the Grand Historian, there were battles between clans before Xia was established. Xia was one of Zhuanxu's descendant clans. Zhuanxu was one of the five great emperors in ancient times.

Yu the Great was appreciated by Shun, the Xia clan's king at that time. Because the Xia tribe grew stronger, they were able to defeat a rival tribe. Shun sent Yu to suppress the Sanmiao tribe and he succeeded, which helped to make the Xia clan a strong one. Shun passed his throne to Yu the Great, and the Xia Dynasty began.

Before the Xia Dynasty, the clans passed their kingship to a reputable person. But Yu the Great passed his kingship to his son, Qi. Then the dynastic system began.

In the written stories, there was once a great flood that lasted many years, in about 2215 BC. A man named Yu the Great was given the task to control the flooding on the Yellow River by a sagely king named Yao (2358–2258 BC).

As you can see, the dates of these supposed events don't even match. It is said that Yao told Gun, who was Yu's father, to control the flood.

But the dikes that he built against the flooding didn't work. They collapsed, and the area was flooded. So Yao executed Gun and recruited Yu. Instead of relying on dikes, Yu had canals dug to divert the water. Digging the canals meant removing a mountain. The place where the mountain was removed was called Yu's Doorway (禹门口).

The flood works united the people along the Yellow River together. Yu the Great tamed the flood with other clans, gaining him a good reputation. Because of greater harvests, the Xia tribe grew stronger. People respected Yu highly for successfully controlling the flood, and he later became the ruler of the Xia clan.

The Xia Dynasty is said to have continued for hundreds of years. The kingdom had ups and downs, and it expanded during the reigns of another 17 emperors.

The Xia Empire Lost Prestige and Broke Up with Other Clans

One of the emperors, named Kongjia, changed the custom of worshiping ancestors to worshiping supernatural beings. Some clans were dissatisfied with Xia's rule. And when Jie inherited the throne, the good relationship between Xia and other clans had been broken.

The last emperor, named Jie, was very extravagant and fell into dissipation. Jie constructed a palace for his favorite concubine and drank all night long. He killed his loyal ministers who criticized him.

Emperor Jie was fond of women and every time he suppressed a clan, he took away the women that he wanted. The Shang clan grew stronger when Xia lost favor with the other clans. Jie then suppressed Shang and imprisoned Tang their leader, but he was later released.

It is said that Emperor Jie's wanton rule led to the dynasty falling out of favor with Heaven, i.e. Xia lost the Mandate of Heaven, meaning that it was fated to be replaced.

The Shang Clan Led Other Clans to Supplant Xia

Around 1559 BC, Tang of Shang united the other clans to suppress Jie and succeeded. Jie was banished, and Tang became the first leader of the Shang Dynasty.

See Evidence of China's Earliest Civilization for Yourself The bronze implements and weapons, and fine jade jewelry and figurines show high craftsmanship. Some artifacts can be seen in the National Museum in Beijing. Customize a tour of Beijing to visit the museum.

The Erlitou exhibit in Yanshi is off the beaten path. It would be best to visit it in conjunction with a Luoyang tour or a Zhengzhou tour.