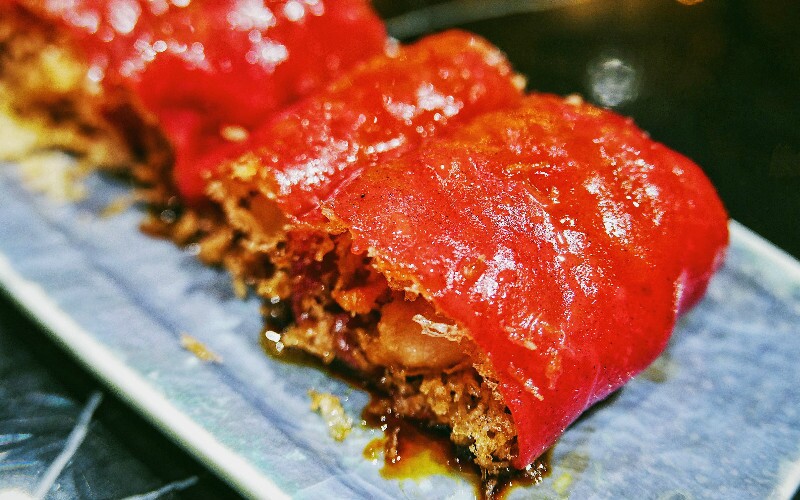 The 5 Key Flavors of Chinese Food

Chinese people pay great attention to the color, smell, taste, and shape of food, and taste is regarded as the soul of Chinese food. Chinese people use many seasonings to give a richer taste experience.

Chinese emphasize "he" harmony of five flavors. According to traditional Chinese medicine, the harmony of the five flavors can not only improve taste enjoyment, but also have the function of achieving balance to promote health, as well as treating diseases and aiding recovery from injury.

Over China's vast territory the flavors of cuisine vary from one region to another, and usually one or two of the five flavors dominate. Flavor preferences can reflect features of geography, climate, agriculture, culture, and history.

Here we introduce the five flavors of Chinese food, including their functions and regions where they are popular.

Functions: Spiciness is also called the "pungent flavor" among the five flavors. It can not only whet the appetite, but also is said to have the functions of expelling wind and cold from the body, reducing internal dampness, moistening dryness, and promoting qi and blood circulation.

Spiciness is popular in central and south China, including Sichuan, Hunan, Yunnan, and Guangxi provinces. That is said to be because climates in these regions are humid, making it difficult for perspiration to evaporate. Chilies are liberally used in their cuisines, and are believed to move internal dampness and cold, increasing health and comfort.

Function: The salty flavor is important among the five flavors for its health benefits ad precautions. Saltiness is said to help the body "dissolve stagnation". However, salty food should not be eaten too much, because eating too much salt is harmful to the health.

Most salt in China is produced by the evaporation of sea water in coastal areas, so people in these areas tend to liberally use of salt when cooking, as it's cheaper.

People in the northern China prefer to eat salty food, especially brine-pickled vegetables. Due to Northern China coldness, there were no fresh local vegetables available in winter, so in autumn northerners preserve vegetables by pickling with lots of salt to ensure they have edible vegetables in winter.

Nowadays, although fresh vegetables are readily transported north (or from greenhouses) for consumption in winter, pickled vegetables are still favored by northern people at breakfast to be eaten with congee.

Function: According to traditional Chinese medicine, the sweet flavor can "tone the body", alleviate illness, and improve one's mood. Sweet Chinese seasonings mainly include sugar, honey, and various jams, which can not only sweeten, but also can enhance flavors and reduce fishiness and greasiness.

The sweet flavor is popular in Eastern regions including Fujian, Zhejiang, Jiangsu, Anhui, and Guangdong provinces. People in these provinces pay attention to "tone the body" by eating food with a sweeter, lighter, and more tender flavor.

The most representative sweet Chinese dish is sweet and sour fish from Jiangsu. Learn more about Eastern China Food.

Functions: The sour flavor can reduce fishiness and greasiness, help digestion, including dissolving calcium in food, and whet the appetite. According to traditional Chinese medicine, it can constrict the intestines, stop diarrhea, promote salivation, and quench thirst.

Sourness is a popular flavor in the south, especially with the minorities of Guangxi, Guizhou, and Yunnan provinces. The minorities are generally poor, so they prefer to preserved almost everything by pickling in vinegarto prevent wastage, so most foods in these regions taste sour.

People from Shanxi Province are famous for their love of vinegar. They eat almost everything with vinegar, and think a meal is not complete without it. Since the water in Shanxi is hard and highly alkaline, vinegar has the practical benefit of dissolving calcium carbonate in the water and balancing pH.

Shanxi is a classic vinegar producer, and famous for its mature vinegar.

Functions: The bitter flavor is said to clear "heat", strengthen the stomach, and promote salivation.

The bitter flavor is generally the taste of Chinese medicinal food, which is made by adding bitter medicinal herbs. Learn more about Chinese Medicinal Cuisine.

Want to taste the five flavors of Chinese food? China Highlights can offer you assistance. See our most popular tour below for inspiration.

Or you can contact us and we can arrange a tour according to your interests and requirements.