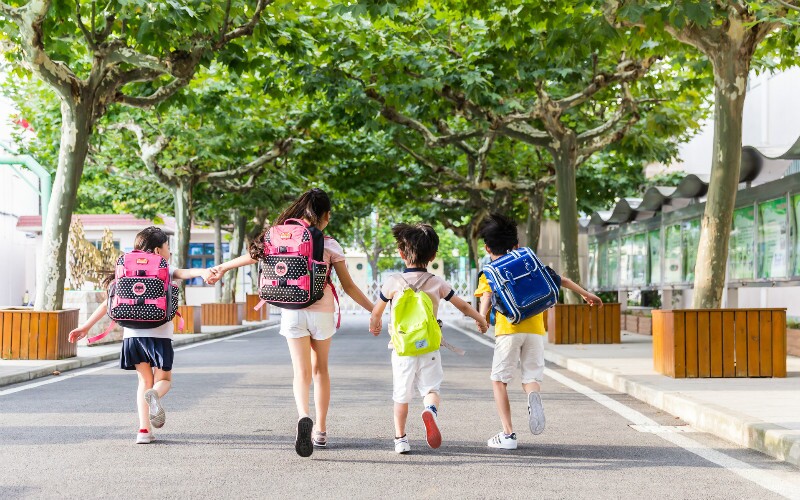 English in China may leave you wondering what the meaning is supposed to be.

Find out all about English usage in China here: the quality of English in China, where English is spoken, how good the signage is, English education in China, and apps and tips to help you overcome the language barrier.

How Good is China's English?

Despite English being taught in the Chinese school system for many years, few Chinese could be considered fluent in English.

There are hundreds of millions of people in China studying English, but less than 1% of people from Chinese mainland are conversational, according to some estimates. Not surprisingly, more English is spoken in China's large cities than in the smaller towns.

Don't panic! You should encounter few problems at the airport, at 4- and 5-star hotels, popular restaurants, major shops, and banks. Chinese staff at these places are generally competent in communicating with native English speakers.

A Brief History of English in China

The first schools to teach English were missionary schools in Macau in the early 17th century. English was gradually integrated into China's education system in the 1960s, when Russian fell out of favor.

After a short period of denunciation during the Cultural Revolution, English language education was revived in the early 1970s and thrived under the economic reform policies of the Deng Xiaoping government.

Since the 1990s, English has become popular especially with those working in tourism and trade.

English loanwords in China include:

Many people in China, especially young adults and a growing number of children, can speak basic English words and phrases like "hello", "OK", "thank you", and "how are you?" But by no means are most Chinese conversational in English.

The language can be incredibly difficult for Chinese people to learn. Imagine trying to adjust to the rules, quirks, and sometimes seemingly arbitrary constructions of English when your native tongue has no articles, verb conjugations, and plurals!

Many children start learning English in kindergarten. English is mandatory in Chinese schools, starting from at grade one and continuing through junior and senior high school.

Quality of education depends largely if the student lives in a city or a rural area. Students from cities generally have access to superior teachers, materials, and classrooms than do their rural counterparts. While the school curriculum includes an English-language component, the reality is that only Chinese is taught in many rural schools.

Because costs are high to attend senior high schools, most students from rural areas choose to attend vocational schools in order to find employment quickly after graduating. This effectively ends their English-language education.

Despite all of the effort that goes into promoting, teaching, and learning English, some Chinese view it as having limited usefulness within their country. At the same time, English is recognized as the universal language of business, and there are thousands of private English-language schools in China, including web-based ones. Hundreds of thousands of Chinese students are studying online with English-language teachers in China and around the world.

Learn more about education in China

China's English Proficiency Vs Nearby Countries

According to some estimates, fewer than 10 million Chinese, or less than 1% of the population, speak English.

In Hong Kong, a special administrative region, English is an official language; about 50% of the population speak it, though most in that category would not consider themselves fluent.

In nearby Macau (also a special administrative region) the situation is similar: About 28% of residents can speak at least basic English.

EF's English Proficiency Index 2018 ranks China at Low Proficiency. How does that compare to other countries in the region?

Level of Spoken English and Signage in China

Generally, you'll find more and better English speakers and signage in China's well-known, big urban areas in the north, east, and south (think Beijing, Shanghai, and Hong Kong). You should have few problems communicating in basic English at sights that see a lot of foreign travelers.

It's possible that Shanghai has the most English speakers of any big city in Chinese mainland. And Hong Kong, according to the EF English Proficiency Index 2018, ranked at Moderate Proficiency.

In rural areas you'll see and hear less English. This is also true if you decide to explore the more local neighborhoods of cities. Keep in mind that many Chinese are hesitant to speak even basic English for fear of making mistakes.

Further west, and in remote areas of China, it's possible English will be nonexistent. In Urumqi, a city of several million in Xinjiang Autonomous Region, English levels are quite low all around. Even staff at major hotels may not be competent in basic English.

The quality of English translations at landmarks, temples, museums, theme parks, and galleries varies. Sometimes you'll glean information that helps you do something or enhances your experience, other times you'll be left scratching your head. Or there might not be any English signage at all.

If you decide to tour China with us, our guides and drivers will ensure smooth and accurate communication the whole way, from transportation and restaurants to sightseeing.

Limited English is displayed in train stations in China.

You'll find English signage at all of China's major airports. There is some English at train stations. Ticketing agents will usually have a good grasp of English, especially at major airline counters.

Subway systems in Beijing, Shanghai, Hong Kong, Xi'an, Chengdu, and Chongqing have English signage, and ticketing machines have an English interface. Most of these systems announce stops in English.

With taxis, it's probably best to assume that drivers will not speak or understand English — even in Hong Kong. Bring a business card or have your destination written down in Chinese characters.

Buses in Beijing are tricky to use if you don't speak or read Mandarin. Drivers and staff speak little English and few stops are announced in English. This contrasts with Shanghai, where stops are announced, and Hong Kong, where most buses announce and display stops in English. In Xi'an some buses that run to the more popular sites have English displays. Buses in Chengdu and Urumqi do not have English signage.

It may not always be easy to get directions in English, depending on where you are and who you ask. If you're at The Bund in Shanghai, or a similarly busy tourist area, chances are good that you'll find a local who can help you.

What's written on the menu and what you get on your plate might not be the same thing, and translations can be flawed — often with unintentionally humorous or even shocking results!

Some menus lack pictures, compounding the frustration. The staff's English skills will vary depending on the type of restaurant; is it mostly locals or packed with tourists? If it's the latter then you can expect a basic level of English, though some snack vendors at touristy spots might know a few common English words or numbers.

Menus are usually divided into sections according to food type. This might be somewhat helpful if you're able to decipher at least one dish….

Apps like Google Translate can translate speech and text in images, but don't expect them to be perfect. (Read more below in the section Apps.)

Chinese Restaurant Menus and How to Use Them

English on Products and Packaging in China

English slogans on products should perhaps be seen as a designer's effort to appear "internationally-minded" rather than as a genuine attempt at meaningful communication.

You might come across bewildering English printed on everything from t-shirts and coffee cups to advertisements, no matter where you are traveling in China. These can make for funny souvenirs for friends back home.

Helpful Communication Tools You Can Use in China

The Effective Language Learning Center says Mandarin and Cantonese are among the most difficult languages for a native English user to learn. It is no doubt equally difficult for Chinese speakers to learn and use English. Thankfully, there are other ways to communicate besides speaking and listening.

Body language and hand signs share similar meanings to those in the West, and can be an effective communication tool while in China.

Charades and gestures can be particularly effective at restaurants and when asking for directions.

Remember: Point at something or someone with your entire hand; pointing with only a finger is considered rude.

Translation apps work more or less the same way, share the same basic features, and can be used offline if you download language packs. What follows is by no means an exhaustive list.

WeChat is the most popular all-round digital communication tool in China; more people use it than don't. You can download an international version, which has a translation function.

Important: Google, Facebook, Twitter, Instagram, WhatsApp, and other similar web products from the West are blocked in Chinese mainland. You could set up a VPN (virtual private network) before your trip. This would allow you to access all of these blocked products while in China. Keep in mind that, sometimes, even access to the VPN is blocked. For email, you could get a Yahoo! or Hotmail account and then delete it when you get home.

The Top 15 Apps for China Travelers

New to VPNs? Read about the best virtual private networks for China.

Write a word or phrase in English and chances are good it can be scanned by someone's phone and almost instantly translated to Chinese.

In the event that you can't write Chinese characters or pinyin, you'll most likely be able to get your hotel's reception, tour guide, or even restaurant staff to do it for you, if the restaurant sees a lot of Western tourists.

Business cards can be lifesavers. Pick up and stash your hotel's card so that you'll have it when you need to reference it. Many business cards in China have both Chinese and English printed on them.

Take the Guesswork Out of Communication and See China with Us

Our guides will take care of you in China and their English skills will help you get far more out of your China trip.

Dreaming of your first trip to China but worried about language issues? Our tours remove the communication barrier. We do the planning, driving, and guiding; you relax and enjoy your trip.

We can even tailor-make your tour. Just tell us the things you're most interested in seeing and we'll take it from there.