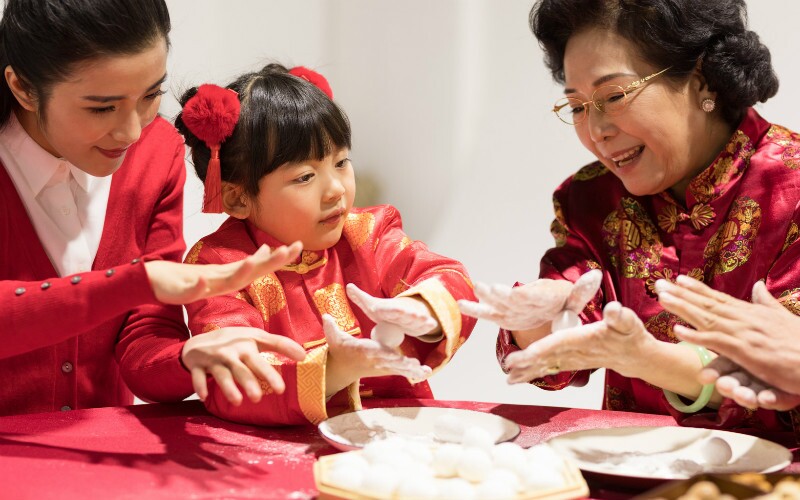 Chinese New Year's Eve: Why Is It Important and What to Do?

Chinese New Year's Eve, also frequently referred to as Lunar New Year's Eve or the start of the Spring Festival, originated during the Shang Dynasty (1600 – 1046 BC) when sacrificial ceremonies in honor of gods and ancestors at the end of each year were held by the Chinese.

During today's Chinese New Year's Eve, the focus is on family reunion and celebrating the start of a new year together. Read on to find out more about this special day, and what to expect from it.

Chinese New Year is the most important festival of the year in China.

Chinese New Year's Eve is the start of the long Chinese New Year celebration period and marks the beginning of the holidays for most people in China. In the past, and even today in China's lesser developed areas, this is the only holiday that many people will have the entire year, and so the build-up for it is tangible in China for weeks beforehand.

On Chinese New Year's Eve or Lunar New Year's Eve, there is a big and elaborate family dinner (also called the 'reunion dinner') which all family members are expected to come home for, regardless of where they live. It is the most important meal of the entire year for everyone to reunite and catch up ahead of the week-long festivities still to come.

When is Chinese New Year's Eve?

This year, Chinese New Year's Eve is on January 31st, 2022. This date changes every year, because the Chinese New Year, or Lunar New Year, goes according to the moon calendar rather than the Gregorian calendar and the date is dependant on the position of the moon.

While dates differ every year, this celebration always takes place between January 21st and February 20th. You can find out more about the dates for future Chinese New Years (and those already passed) here.

What to do on Chinese New Year's Eve

Chinese people will put up red couplets to decorate their houses on Chinese New Year's eve.

On Chinese New Year's Eve, many families will decorate their houses if they haven't already done so beforehand. Houses are decorated with red lanterns, red couplets, paper cutouts, and New Year’s paintings.

Putting up these types of decorations are thought to keep evil away, and help pray for blessing, longevity, health, and peace. As 2022 is the Year of the Tiger, rat images will appear on the red decorations.

Families will also stay up to watch the Spring Festival Gala after their meal, one of China's most-watched shows. It features China's biggest celebrities, and there is a mix of dancing, singing, and other performances to entertain the entire family for the whole night.

They will also spend the night wishing their friends and colleagues a happy new year via WeChat messaging (the country's most commonly used messaging app), and even send electronic red envelopes with money to friends, and colleagues.

Stay up and Countdown

Similarly to how people in the West might stay up and countdown to watch the ball dropping on New York's Times Square, Chinese families will stay up on Chinese New Year's Eve to countdown and ring in the new year.

At midnight, expect lots of fireworks! In the past, people would burn bamboo as the devil was believed to be scared of this sound. Today, lots of very loud fireworks (and which lasts approximately the entire week!) scare away all bad and evil spirits.

What to eat on Chinese New Year's Eve

One of the main activities on Chinese New Year's Eve is the reunion dinner. Dishes brought out will have special meanings, such as fish, the Chinese word for which sounds like 'surplus'.

There are also lots of dumplings, which represent wealth, and glutinous rice cakes, the Chinese word for which means to gain "a higher position" or "a higher income", all things people wish for themselves and their family members in the new year.

There are a lot of auspicious foods that are eaten during the reunion dinner as well as throughout the entire festive season, and you can read more about the lucky Chinese New Year foods here. If you are in China during this time we will make sure to incorporate these into your meals!

Celebrating Chinese New Year in China is, of course, the best and most authentic way to do it, and nowhere is more fun than Beijing, the country's capital. This is where you'll get to see amazing fireworks, but the days during the New Year celebrations are also the most peaceful to visit.

China Highlights can help you arrange a tour to kick off the Year of the Rat in Beijing, or anywhere else you'd like to go. You can see some of our most popular tours here, or contact us to let us know what kind of tour to China you are after to let us tailor your trip for you!