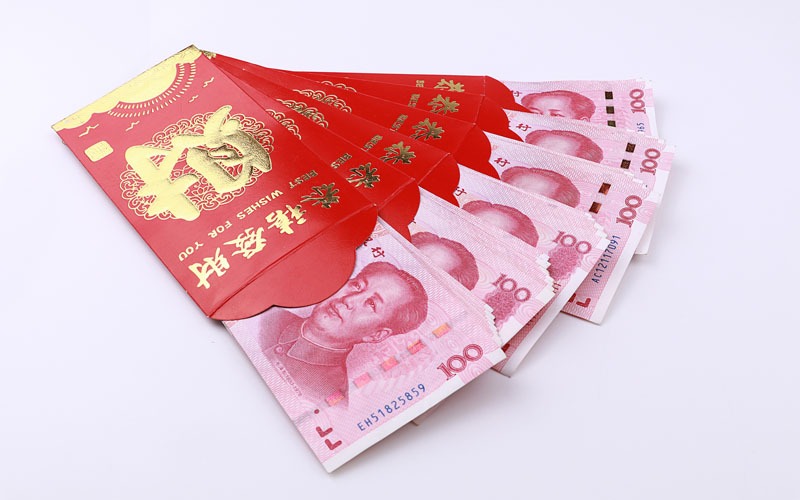 Red Envelopes/Packets (Hongbao) — Significance, Amount, and How to Give

A red envelope (hongbao in Mandarin, lai see in Cantonese, and ang pow in Hokkien) is a gift of money inserted into an ornate red pocket of paper. They are given on some important occasions, such as Chinese New Year, birthdays, and weddings in China and some other Asian countries as a way to send good wishes.

Actually, the significance of red envelopes is the red paper, not the money inside. Wrapping lucky money in red envelopes is expected to bestow more happiness and blessings on the receivers.

The Origin of Red Envelopes

The custom of giving red envelopes originates from some of the oldest stories of Chinese New Year. As the legend goes, there was a demon named Sui that came out to terrify children while they were asleep. To keep children safe from being harmed by Sui, parents would light candles and stay up for the whole night of Chinese New Year’s Eve. The legend goes:

One New Year’s Eve, a child was given eight coins to play with to keep him awake. The child wrapped the coins in red paper, opened the packet, rewrapped it, and reopened it until he was too tired to continue, and fell asleep. Then his parents placed the packet with eight coins under his pillow. When Sui tried to touch his head, the eight coins emitted a strong light and scared the demon away. The eight coins turned out to be eight fairies.

From then on, giving red envelopes became a way to keep children safe and bring good luck.

The Meaning of the Chinese New Year Red Envelopes

Chinese New Year red envelopes are a traditional gift for children or elderly people during Chinese New Year. In China, the red envelope (money) is called ya sui qian (压岁钱 /yaa sway chyen/), which means 'suppressing Sui [the demon]money'. Those who receive a red envelope are wished another safe and peaceful year.

Parents and grandparents also receive red envelopes given by their grown-up children/grandchildren as a way of sending them good luck, happiness, and health.

Should I Give a Red Envelope?

Traditionally speaking, if you have started earning money, it is time to start your experience of giving Chinese New Year red envelopes. Giving a red packet is a way to share your blessings. However, there is a custom that if you are not married, you need not send red envelopes to others.

Red envelopes were normally given and received only among families, while in some rural areas, the custom is that you have to give a red envelope to each child you meet during the New Year period.

Your close relatives (like your parents and your grandparents) will keep giving you red envelopes even when you are married, which is a symbol of their love and blessings for you.

How Much Money Should I Put in a Red Envelope?

When you’re celebrating Chinese New Year among the family and friends in your neighborhood, be prepared with a fistful of red envelopes filled with money in varying amounts. The amount of money is relative to your relationship to the recipient — the closer your relationship is, the more money is expected.

Tips for Giving and Receiving a Red Envelope

1. It's a tradition to put crisp, new bills inside a Chinese New Year red envelope. Giving dirty or wrinkled bills is in bad taste. In the week leading up to Chinese New Year, many people stand in long queues at banks to exchange old bills for new ones.

2. You're supposed to avoid putting coins in the envelopes.

3. Avoid giving amounts such as 40 yuan or 400 yuan. The number '4' in Chinese sounds like 'death', so this is considered bad luck. Even numbers, except four, are better than odd. It is best if the amount starts or ends in eight, such as 800 yuan, as it is considered to enhance luck. See Lucky and Unlucky Numbers in China.

4. Prepare red envelopes in advance and always carry some envelopes with you during all 16 days of Chinese New Year (from New Year's Eve to the Lantern Festival) in case you bump into someone that you may need to give an envelope to.

5. You'd better put different denominations in differently designed red envelopes so that you can quickly and tactfully discern whether you’re giving away 100 yuan or 1,000 yuan.

2. When you receive a red envelope, you should express thanks and greet the giver with a pleasing, auspicious phrase, such as 恭喜发财 (gōng xǐ fā cái, meaning 'happiness and prosperity'). Click to learn some Chinese New Year popular wishes.

3. Never open your red envelope in front of the person who just gave it to you. You should do it in private or when you get home.

In recent years, it has become popular to send electronic"red envelopes" via WeChat as a greeting. Sending digital red envelopes has become a new way to greet friends or relatives that cannot physically be reached during the Chinese New Year period. It has allowed more red envelopes to be exchanged than ever before.

Other Occasions for Red Envelopes

It is common to give a red envelope during many other occasions, such as a wedding, graduation, the birth of a baby, or a senior person's birthday, and even funerals. It is a traditional way to wish good luck and share blessings.

a red envelope for wedding

1. Why do Chinese give red envelopes during Chinese New Year?

Chinese people love the color red, and regard red as the symbol of energy, happiness, and good luck. Sending red envelopes is a way to send good wishes and luck (as well as money).

2. How much should you put in a red envelope?

3. When is it best to open a red envelope?

Remember: don't open your red envelope in front of the person who just gave it to you. You should do it in private or when you get home.

4. Can I spend the money in the red envelope?

Yes, you can use the money. The ceremonial significance of the red envelope is just in the giving and the receiving. Once it is given to you, you can use it as you like.

5. Can singles give red packets?

It depends on your situation and wishes. Red packets are traditionally only given out by married couples. It is no problem if you want to give a red packet as a way to send good wishes. The receiver will still be happy.