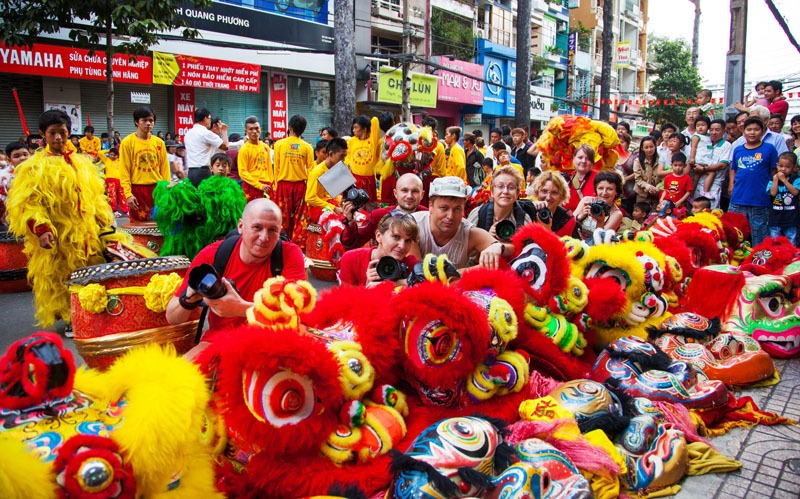 How to Celebrate Chinese New Year 2023 in London

Chinese New Year is China's biggest celebration of the year, and as a result of the number of Chinese people living in and visiting London, there is plenty to do in London around this time of year too! There is no better introduction to Chinese culture if you've never been to China before, or no better reminder of your trip than getting involved in the festivities!

Because the dates of Chinese New Year follow the lunar calendar rather than the Gregorian calendar, dates change every year. In 2023, Chinese New Year, also known as Lunar New Year or Spring Festival, falls on 22 January 2023. This year we'll be ushering in the Year of The Rabbit.

When to celebrate Chinese New Year in London

On Chinese New Year's Eve (this year on January 21), families usually have big reunion dinners together after everyone has traveled home from far, and give lucky envelopes (also known as red packets) to the kids in the family.

The next day (January 22, officially Day 1 of Chinese New Year), is usually spent offering sacrifices to ancestors, as well as setting off firecrackers with the family.

That is why London's main celebrations are on Day 2 of Chinese New Year. Other days leading up to the main festivities, as well as the days after, you'll still find Chinatown beautifully decorated and everyone in high spirits!

How to celebrate Chinese New Year in London

To welcome the New Year in London, you'll find displays, food stalls with traditional Chinese foods, performances, and a parade for Chinese New Year. Did you know that London's Chinese New Year festivities are actually the largest outside of Asia?

The main stage for performances is a fantastic way to gain an introduction to Chinese dance and music as there will be plenty to see from some of the most talented British-Chinese performers.

Why not also spend this time in the area to visit one of your favorite Chinese restaurants (or explore somewhere new) to enjoy Chinese cuisine? While many of the restaurants in Chinatown to cater to British tastes, there are lots of wonderful things to eat!

Dumplings especially are a food that is traditionally eaten during this time of year as they represent wealth, and you'll find plenty of these in London's Chinatown. If you prefer, you can also eat noodles, which because of their length, represent longevity as well as happiness.

Where you can celebrate Chinese New Year in London

Chinatown and West London are the centers of the Chinese community in London, and this is where celebrations take place.

The parade usually starts from Charing Cross Road and goes all the way through Shaftesbury Avenue into Chinatown. There is no entry fee for the parade or celebrations on Trafalgar Square, and the parade usually start at 11:00 in the morning and run through to 16:30 in the afternoon. If you want to get a good spot, please ensure to get there early as it is a very popular parade and it gets busy! This is also a good thing to keep in mind if you're traveling down to the celebrations with children.

The main stage for performances is in Trafalgar Square, while other stages can be found on Shaftesbury Avenue and on Charing Cross Road. Trafalgar Square celebrations will kick off with a ceremony to give thanks to sponsors and the community, as well as firecrackers and a Lion's dance ceremony which is always incredible to watch as it takes so many performers to work closely together.