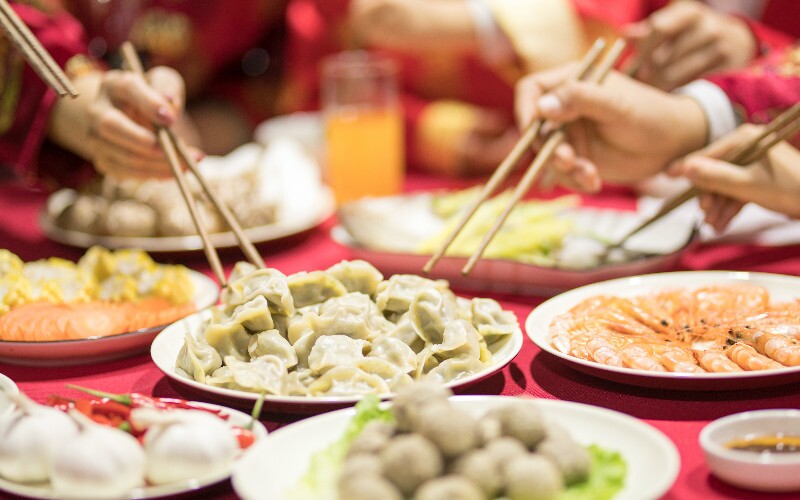 'Spring Festival' refers to the same festival more commonly known in English as the 'Chinese New Year'. It is the biggest festival in China. Spring Festival 2022 falls on Tuesday, February 1, 2022, beginning a year of the Tiger.

The first reason, is that the Spring Festival does in fact take place during the time that the northern hemisphere starts its gradual warming, having already passed the coldest part of the winter.

In traditional East Asian lunisolar calendars, which is where the ancient Chinese calendar originates from, a year is divided into 24 solar terms. The first solar term (known as Lìchūn: 立春 'Start of Spring') sees the sun enter its position in the celestial longitude that initiates the gradual warming of the year. It's mid-way between the winter solstice and the spring equinox.

On the Gregorian Calendar, 'Start of Spring' begins between January 21st and February 20th, which is when the Spring Festival typically takes place. Lìchūn was in fact historically celebrated as a festival of its own, also known as 'Farmers' Day'. It included traditional practices such as sacrifices and ceremonial offerings to gods and deities related to agriculture.

This leads to the second point; the celebration for this festival in China began in ancient times, when traditional calendars were primarily used for practical agricultural purposes.

The traditional Chinese Lunar Calendar, which originated about 4,000 years ago during the Shang Dynasty, was historically called the 'farming calendar', and was aimed at dividing the year into seasons for agriculture.

Considering this, the celebration of the Chinese Spring Festival does in fact fall at a time when farming activities such as ploughing and planting crops start to take place, signaling the coming of spring. This makes many of the agrarian traditions associated with the

Spring Festival (such as prayers, offerings, etc.), more relevant and appropriate with relation to timing. More specifically, farmers would take a week-long rest from their hard work (during the festival) to be with family and participate in religious practices for good fortune, followed by a return to labor, where a new cycle of agricultural activities restarts.

Moving on to more recent times, the third reason for this celebration's name is perhaps its most conclusive.

It wasn't until 1914 that the Chinese New Year actually adopted its secondary name: the 'Spring Festival'.

In 1912, when the Republic of China was formed, China adopted the use of the Gregorian Calendar (and therefore its celebration of the new year on January 1st), but still wanted to designate specific times for the celebration of their seasonal festivals.

Another reason for this chosen name, and also for why the Spring Festival is relatively long, is because at that time, the newly formed government of the Republic of China wanted to include festivals of all Chinese ethnic spring celebrations into one inclusive holiday that was not labeled 'Chinese New year' in order to respect the different new year celebrations of other ethnic groups at different dates.

The simple answer is: no, these two festivals (in the right context) are the same. However, being that China is a multi-ethnic nation, there are also some points to keep in mind.

As Chinese New Year is celebrated by Chinese people of certain ethnic groups (primarily the Han majority ethnicity), there are other ethnicities that may celebrate the Spring Festival in its more pure form, without regarding it as a 'new year' celebration, and instead celebrate a separate new year, unique to their culture or calendar, along with an independent spring festival.

As an example, the Miao ethnic minority, typical to the Guizhou region, celebrate their ethnic new year ('Miao New Year') usually around October, and refer to Chinese New Year as the 'Han New Year'.

The Miao ethnic minority have a separate festival known as the Lusheng Festival, which is a spring celebration of its own, but also has some similar elements with regards to the Chinese Spring Festival, and its associated agricultural activities.

Do you have more questions about the Spring Festival celebrations?

Check out Chinese New Year FAQs You Must Want to be Answered!