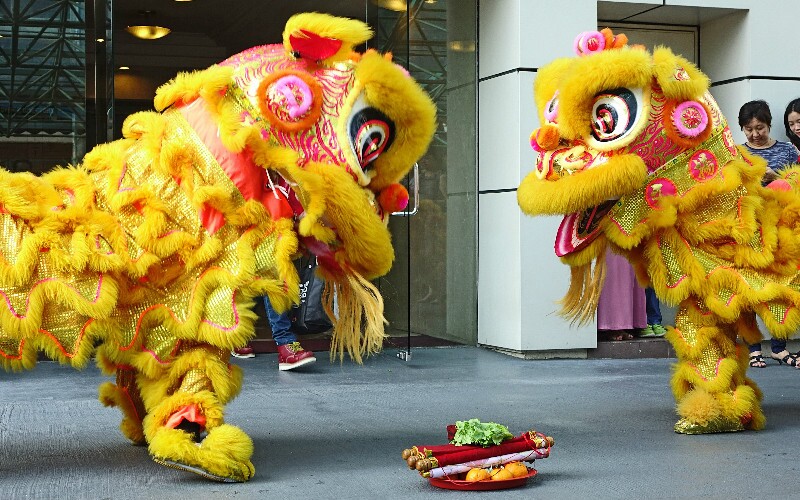 16 Fascinating Things about Chinese New Year (#15 Will Impress You)

Chinese New Year (CNY) is China's most important traditional festival, with many interesting customs. Why Chinese New Year is so important? You must be very curious about why the Chinese do what they do...

1. What Is Chinese New Year?

Chinese New Year, or the Spring Festival, is the most important celebration observed in China, with cultural and historic significance. The festival signals the beginning of spring, and the start of a new year according to the Chinese lunar calendar.

The festival is celebrated across the country, but also has many related celebrations in nations and ethnic groups deriving from China.

2. Why Is Chinese New Year Celebrated?

There are several reasons to celebrate Chinese New Year:

First, legend states that the Chinese New Year stemmed from an ancient battle against the Nian, a terrifying beast that attacked people and ate children. The people used fireworks and firecrackers to chase the beast away. This tradition has been continued until the present time and the festival serves as a time to gain good fortune. See the top 3 Chinese New Year legends.

Second, it is celebrated to mark the start of the Lunar New Year.

Third, this celebration, in its earliest form, was meant for farmers and workers to have a rest from their year-long hard labor, and therefore be ready to resume work afterwards, refreshed and well-rested. Today, this is not very different, and everyone will have a lengthy vacation to rest well, and regain power for the new year.

3. Why Is Chinese New Year So Important?

Chinese New Year's importance is rooted deep in history, and today remains the most important occasion for generations of families to reunite and spend time together.

As many Chinese families may be separated due to career choices, education opportunities, and general urbanization, this festival serves as the prime opportunity for everyone to gather.

The celebration is also believed to be significant to ensure good fortune for the coming year and has many religious traditions and beliefs that hold value.

Chinese New Year is time for families to unite.

Chinese New Year is never on January 1. Chinese have a different traditional date for New Year. Chinese New Year's date is determined by the Chinese lunar calendar, which is always 21–51 days behind the corresponding Gregorian (international) calendar date.

Though China has a day off on January 1, and some fireworks are let off then, most attention is focused on the traditional date of New Year. Chinese New Year falls in the period from January 21 to February 20.

5. Why Do the Chinese Call Chinese New Year 'Spring Festival'?

Chinese New Year always falls within half a month of 'Start of Spring' (beginning February 4), the first of the 24 solar terms of China's traditional solar calendar. As 'Start of Spring' begins the 'farming calendar' it is logical that New Year should be celebrated then, with a "spring" festival.

'Start of Spring' is an oddly named solar term, because spring is still a month or more away in China's cold north, and wintry weather still lingers in temperate south China. However, Chinese still celebrate (the coming) spring with the Spring Festival.

6. Why Is It Also Called Lunar New Year?

The name 'Lunar New Year' can be used in place of 'Chinese New Year', as the festival celebrates the new year according to the Chinese lunar calendar. It is also a common substitution abroad.

The term 'Lunar New Year', however, does not always necessarily refer to this celebration, as other cultures may have different lunar new years, but in the context of China, it is almost always referring to the same thing.

7. How Is Chinese New Year Celebrated?

The most important part of the Chinese New Year celebration is the 'Reunion Dinner' on Chinese New Year's Eve when the extended family would join around the table for a meal that included many lucky foods such as fish and dumpling.

Other traditional activities include cleaning houses, visiting family members, decorating, giving gifts and red envelopes, setting off firecrackers and fireworks, and doing some religious practices such as making offerings to ancestors.

Many of China's neighbors who share historical ancestry with China, celebrate this festival as well, or similar festivals at around the same time, with similar elements and traditions.

As China's culture has spread to all corners of the world, and the nation is becoming increasingly prominent, many countries in the West also have Chinese New Year decorations and celebrations.

9. How Long Does Chinese New Year Last for?

Celebrations of Chinese New Year traditionally last for 16 days, starting from Chinese New Year's Eve to the Lantern Festival. In 2023, that is from January 21st to February 5th.

Preparations for the festival may start as early as a month before the actual festival, with tasks such as shopping, cleaning, cooking, and making the journey back home.

The official public holiday designates 7 days for vacation from work from Chinese New Year's Eve, though some people may choose to extend their leave for more time to celebrate or travel, and others may choose to cut-short and return to work earlier.

10. What to Wear on Chinese New Year?

It is believed that wearing new clothes from head to toe symbolizes a new start and fresh hopes for the New Year. Chinese usually wear red or other brightly-colored clothes on New Year's Day, to go with the festive and upbeat mood. Red is China's good luck color, believed to scare away spirits of bad fortune. Some families wear traditional Chinese clothing like qipao or Tangzhuang.

11. Why Is Each Chinese New Year Associated with a Different Animal?

Since ancient times, Chinese people have been using the Chinese Zodiac animals to represent the years. Each lunar year is related to a zodiac animal, beginning at Chinese New Year. The 12 zodiac animals recur on a 12-year cycle. 12 animal signs in the order are Rat, Ox, Tiger, Rabbit, Dragon, Snake, Horse, Goat, Monkey, Rooster, Dog, Pig.

the 12 Chinese zodiac animals and their years

12. Why Do Chinese Do Dragon and Lion Dances at Chinese New Year?

It is traditionally believed that performing dragon or lion dances (during the Spring Festival) is a way to pray for good luck and drive away evil spirits.

13. Why Do the Chinese Set Off So Many Firecrackers and Fireworks?

For the right vibe: Chinese New Year is a happy and lively festival, so for Chinese people lots of noise is a must to heighten the festival atmosphere, and firecrackers (and fireworks) are the cultural way to do it.

In ancient times, it was believed that the explosive sound of firecrackers scared away evil spirits, who might otherwise bring bad luck.

In modern China, people set off firecrackers and fireworks during festivals to express their happiness, and invite good luck (all firecrackers are the lucky color red).

Learn more about Why Chinese New Year Must Have Firecrackers?

14. Why Do the Chinese Eat Dumplings on New Year's Eve?

Dumplings are a traditional Chinese New Year food, especially in North China. As they are the shape of old silver and gold ingots (an old form of currency), Chinese believe that eating dumplings will bring prosperity in the coming year. More on symbolic Chinese New Year Foods.

15. Why Do the Chinese Hand Out Red Envelopes at Chinese New Year?

For luck: In Chinese culture, red is a lucky color, so giving money in a red envelope is a way of giving best wishes, as well as a financial present. It's like sending a greetings card with money inside in the West. Red envelope money is called "lucky money", though it's really the red envelope that's lucky.

Chinese New Year, like Christmas in the West, is "the season of good will" in China, so most people receive a red envelope from someone, whether employer or family. There are lots of customs about who gives who how much in a red envelope. See How to Give Chinese New Year Lucky Money.

16. Why Are There Not Enough Trains at Chinese New Year?

Chinese New Year is the most important time for family reunions. No matter how far Chinese are from their homes, they do whatever they can to get back for a family reunion dinner on New Year's Eve, which results in the world's biggest annual migration of people (over 200 million in China).

Even with the rail network at capacity, train tickets are the first to sell out. Learn more about the Chinese New Year Travel Rush.