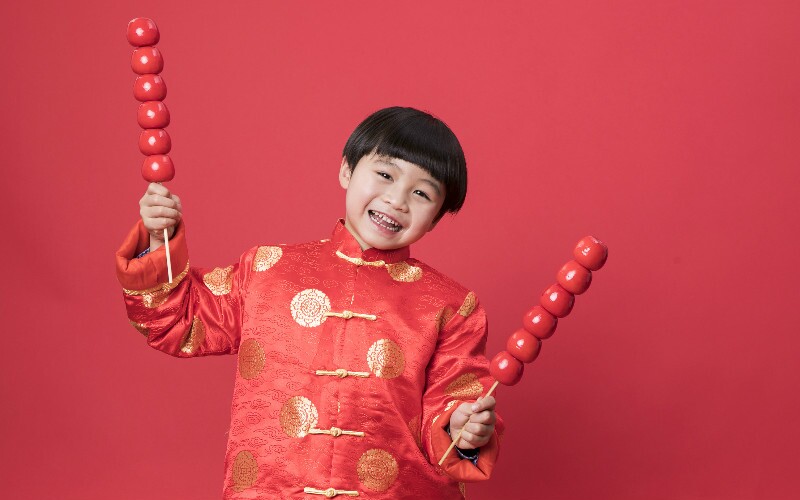 The terms 'Chinese New Year' and 'Lunar New Year' are often used synonymously, and in the right context (of China), usually refer to the same thing.

There is, however, a distinction between the two terms, and there are two important things to keep in mind.

Should We Call It "Chinese New Year" or "Lunar New Year"?

As there are so many terms and labels for common celebrations around the world, there are bound to be just as many disagreements and misconceptions regarding them.

Either way, whether you refer to it as the Chinese New Year, Lunar New Year, Spring Festival, or any other name, in the end it is the context that matters, and as long as no intentional offense is meant, it is safe to say that almost everyone will just be happy to share and celebrate the festive occasion all around the world, whatever it's called!

Get to know 10 Quick Facts about Lunar New Year.

In recent years, the topic of correct terminology of the Chinese New Year celebration, has unfortunately been creating controversy.

As it is impossible to satisfy everyone, there is no technically correct term, but 'Chinese Spring Festival' seems to be the safest bet.

How Chinese New Year Differs from Other Lunar New Years

In the Chinese system, aside from the well-known 12-year cycle of the Chinese animal-zodiac, there are other lesser-known cycles that happen simultaneously.

The 10-year cycle of the 'Heavenly Stems', which are associated with the five elements of Chinese astrological mythology, and rotate every two years. As this happens, there is also a yearly alternation of Yin and Yang forces. The combination of these cycles resets every 60 years. This Year's Chinese New Year celebration will be a 'Yang Metal Rat year'.

The Influence of Chinese New Year on Other Lunar New Years

Despite all the differences, Lunar New Year celebrations around the world, whether at the same time as Chinese New Year or not, still do have many striking similarities, largely due to Chinese New Year's massive worldwide influence through the ages.

How Chinese New Year Is Similar to Other Lunar New Years

Most other cultures that do celebrate their own Lunar New Year, would incorporate many familiar symbols and practices associated with the Chinese celebration, such as the use of red colors, fireworks, and firecrackers (which in fact have an ancient Chinese cultural significance), lion or dragon-dance shows, worshipping ancestors, and even religious worship of some of ancestors or the same mythological deities or forces.

As China has 56 ethnic groups, different ethnicities (nationalities) may have slightly different variations of traditions and names for the festival.

Tibetan New Year, for example, is celebrated according to an almost identical lunisolar calendar as the Chinese, and falls either on the same day, a day before or a day after, or a month after the Chinese one, and is called 'Losar'.

As another example, Vietnamese New Year is celebrated at the same time as Chinese New Year (and also has many of the same traditions), and is called 'Tết'.

Many Muslim Chinese ethnic groups (particularly in the Xinjiang region), such as Uyghur, Hui, or Kazakh, may choose not to celebrate the Chinese New Year, and instead celebrate 'Nowruz', which is in a sense the Persian New Year, that takes place around March 21, which is officially the first day of spring according to the Persian calendar. In fact, during the Chinese New Year, the only shops or restaurants that may still be open in some cities, are probably run by such ethnic groups.

The Mongol ethnicity celebrates their New Year called Tsagaan Sar, which takes place on the first new moon after the winter solstice, a lunar month earlier than China's Spring Festival.

Nowadays, as many ethnicities may be mixed together, the differentiation of these celebrations may not be as evident as in the past, and many ethnic minorities may choose to celebrate both festivals.

The Chinese Calendar vs Other Lunar Calendars

Tibetan and Mongolian lunar calendars, as well as Islamic or Jewish ones, for example, all have different interpretations for year start and end dates, and therefore sometimes celebrate Lunar New Year on different dates.

There are also countries who share the same interpretation of the Chinese calendar, such as Korea, Japan, and Vietnam, and therefore celebrate their Lunar New Year at the same (or almost same) time.

Of course, for many East Asian countries, lunar calendars and associated celebrations most probably did originate from China, as at the time China was the main force of cultural influence, not to mention that many such countries' people are descendants of Chinese ethnicities from ancient times. Having said that, this point is not enough to argue against the modern-day development of various cultures' festivals, and they can therefore still validly be labeled 'different'.