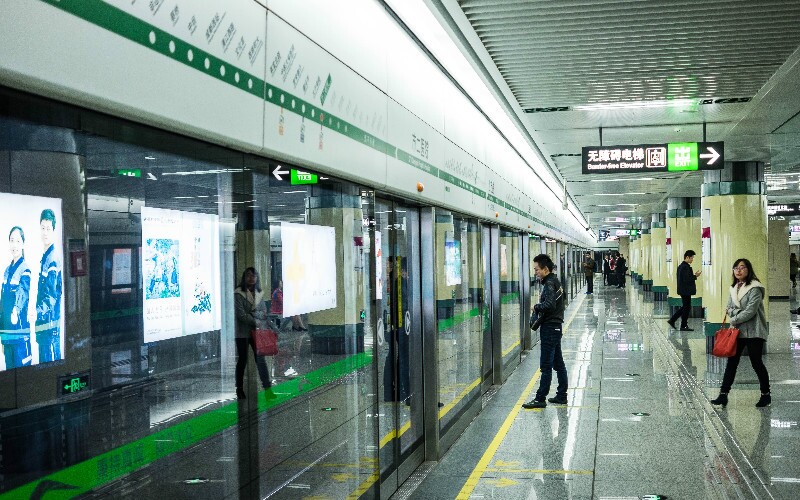 How to Use Subways in China

Subways are one of the best ways to travel in a Chinese city if they are available. They are cheap, reliable, simple to use, and relatively fast. They might be a better option for you than taxis and a much better option than buses.

Subway lines are in 25 cities as of 2015. The first and second busiest subways in the world are in Shanghai and Beijing already, and new lines are planned for these cities and many others. So subways are increasingly becoming the best travel option in many cities.

Inexpensive: For about the same price of a bus ticket (30 cents to 60 cents USD for most lines), using a subway might be about as quick as taking a taxi along the same route. Only on the longest distances or perhaps for going to an airport will the fare be more than 1 USD (6.3 RMB).

They go to the most popular places

You'll probably find that a line goes where you'd want to go such as the airport, major attractions, the train stations and major bus stations.

Simple and easy to use

You are less likely to get lost or confused in an unfamiliar subway system than by taking a bus in a strange city. There are English speaking staff and English signs to help you in the subway, but getting on the wrong bus might cost you a lot of time.

Comfort: Metros are usually more comfortable than city buses. They are usually less crowded, even during rush hours, and they are clean and cool.

Safety: They are physically safer than buses since you are less likely to face crime in a station than on a bus. It is more difficult for pick pockets to operate. You can't be scammed in a metro as by a taxi driver either.

Some Problems of Subways

Not enough lines in many cities: The subway building boom continues, but most cities don't have subways or enough lines.

Crowding: The crowding is especially bad during rush hours (7–9 AM / 5–7 PM) when the carriages are packed with people. At other times, there is little crowding. During the rush hours, the roads are congested and have traffic jams, and the buses might be even more packed.

First Step: Getting on a Train

Using a subway for the first time in China can be bewildering.

To find a station: Look for the station signs on the street and other conspicuous places. They have metro images and station names written in Chinese and often English too.

Then go to the ticket gates. You can get a ticket from the staff person at the window. It might help to show them the written names. Alternatively, there are usually ticket machines and smart card issuing machines nearby where you could deposit cash. You might want to get a smart card instead.

The ticket machines are quick and easy to use. The screen presents you with a map of the metro lines marked with station names marked usually in both Chinese and English. Touch the station symbol where you want to go to and follow the instructions. After paying the required fare, the machine issues you a ticket in the form of a thin piece of plastic or paper or a plastic token.

If you have difficulty with the machine, or the machine is not working, you can always buy tickets at the ticket window. Simply tell the clerk your destination, how many tickets you need, and pay the fare. You can also write the station names on a piece of paper beforehand to show the clerk.

Then go to the correct platform and wait. The train platforms are usually a level or two below. The trains on either side run in opposite directions, so be sure you know which train to get. Ask for help if you are not sure. Ask several people to be extra sure.

Finally, board the train: When the train arrives and the door opens, let the people get off the train first and then board. Be quick. When the train is about to depart, the the buzzer sounds.

Be sure you know where to get off: Listen for the English and Chinese language announcements of the stations, and ask people if you are not sure. A subway map comes in handy. Move toward the door when you approach your destination, and disembark quickly.

After disembarking: Follow the exit signs. Deposit your ticket or token into the slot or swipe your payment card and go through the turnstile.

Choose your exit: Many stations have many exit doors, and you'll save time and effort by exiting through the door closest to where you want to go. Look out for maps of the station layout, and ask people for directions.

The subway stations are often big and extensive with shops and food stands lining long corridors that might be hundreds of meters long. You can walk under the buildings and streets. Signs mark the destination of each exit.

City Subway Coverage as of 2015

For almost all of these smaller systems, additional lines are under construction to double their size to cover the city. These cities are Chongqing, Dalian, Hangzhou, Kunming, Nanjing (5 lines with 4 being built), Tianjing, and Wuhan.

In almost all of these big cities with small systems, additional lines to double their size are under construction: Changsha, Chengdu, Harbin, Ningbo, Shenyang, Suzhou, Wuxi, Xi'an, and Zhengzhou.

New subways being constructed in other cities

14 more cities plan to open their first subway lines by 2018. These include Nanchang and Qingdao that should be operational by the end of 2015. By 2016: Dongguan, Fuzhou, Nanning, Hefei, Xuzhou, Changchun, and Lanzhou.

If a subway line isn't available, your best bet for public transportation as a tourist is probably a taxi unless you have a private driver.

Private drivers: Hiring a private driver might be the best option if you want to do a lot of touring. A private driver or aid from an English speaking guide/interpreter is relatively inexpensive compared to Western countries and Japan. It is the most convenient and pleasant way is to travel.

But pick a reputable company like China Highlights because you can run into big problems and scams. You can arrange for our driver to wait for you at the airport or train station or your hotel and help you enjoy your time.