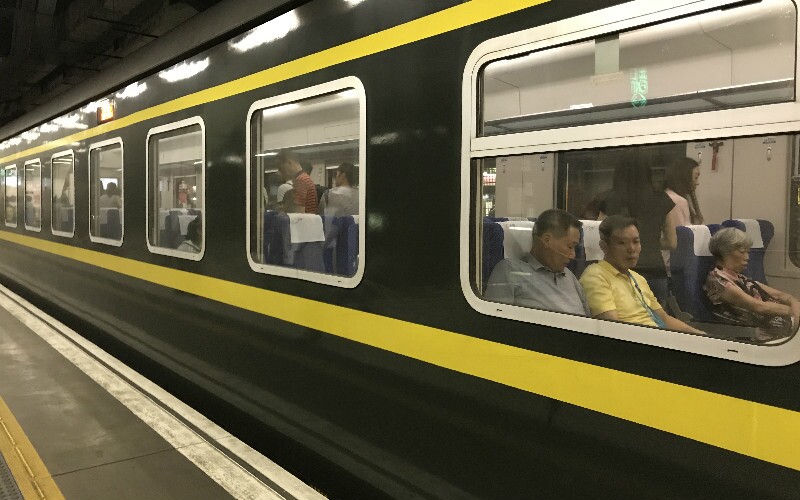 Air transport: Guangzhou Baiyun Airport is about 6 kilometers (about 4 miles) from the Guangzhou urban area. In China, the passenger traffic through Guangzhou Baiyun International Airport ranks in the top three of all airports.

Besides airlines to every part of China, there are over 130 international airlines that link Guangzhou with over sea cities like Los Angeles, Amsterdam, Sydney, Melbourne, Osaka, Tokyo, Paris, Seoul and important cities of South and Southeast Asian countries (including Vietnam, Laos, Burma, India, Singapore, Malaysia and Indonesia).

It takes about 40 minutes taking a taxi from downtown to the airport, and the fare is about 120 yuan. Metro Line 3 (North Extension) also connects to the airport.

Airport transfer tip: Guangzhou is an important transfer point during a journey in China or to nearby countries. Travelers flying to Guangzhou may have a half-day or 1-day layover before boarding their next flight. You can check out how to spend this half day or one day in Guangzhou.

There are 4 passenger railway stations in Guangzhou:

Guangzhou Railway Station has mostly normal-speed trains in service to Beijing, Nanjing, Chengdu, Chongqing, Xi’an, Lhasa, and some other cities in China. There are also intercity trains to Shenzhen.

Guangzhou South Railway Station has bullet trains and high-speed trains in service to Chinese cities including Hong Kong, Guilin, and Chengdu, among others. There are also intercity rail lines to Shenzhen and Zhuhai.

This station has high-speed trains in service to Shenzhen and Shanghai, as well as a few more important cities in China. Guangzhou's subway network covers much of the city. The ticket prices range from 2 to 14 yuan. Currently, lines 1, 2, 3, and 5 are the most useful to tourists because these lines connect major transportation hubs, famous attractions, shopping places, and Guangzhou’s CBD.

There is also an intercity metro line connecting Guangzhou and Foshan.

Check out everything you need to know about Guangzhou Metro, including ticketing, ticket fares, useful lines, and so on.

In Guangzhou, there are over 13,000 buses, which run on over 1,200 routes. The ticket fare for bus routes in urban areas is generally 2 yuan per ride. For passengers' convenience, Guangzhou also has night buses marked with the prefix ‘夜’.

There are English signboards at bus stops and the broadcasts on the buses will be in Chinese, Cantonese, and English. However, the multifarious bus lines and the hard to understand stop names could still be a challenge if you can’t read Chinese. At present, Guangzhou has about 30,000 taxis operated by different companies, but demand is huge particularly during peak hours from 7:30 am to 9 am and during lunch and dinner. So, you might have difficulty hailing a taxi during rush hours.

Make sure they turn on the meter and carry and give only small change/bills to avoid counterfeits.

You might consider hiring a private driver for convenience and enjoyment (the line for cabs at the airport often is over 45 minutes) and if you are planning to go to several places or need to ride for an extended time. Information is below. See more about Taxis in China.

Guangzhou is located beside the Pearl River, and it is one of the most famous port cities in China. The Pearl River is the second largest navigable river in China. Passengers can take ships to Hong Kong, Macau and Haikou.

There are many ports in Guangzhou including Humen Port, Xinsha Port, Huangpu Port, Nansha Port and many other ports. The ship routes link Guangzhou to hundreds of ports including domestic ports and foreign ports. Most of these ports are cargo ports.

The newest five-star Premier Jetfoil is equipped with the latest LED lighting system, a top-quality onboard entertainment system, a VIP cabin that comes with a self-controlled air conditioning and lighting system and free Wi-Fi service.

There is a developed highway system in Guangzhou. Now, there are about 20 big long-distance bus stations providing coach services to different cities and counties in and out of Guangdong Province.

However, a lack of English services could be a problem for foreign travelers. For most occasions, taking a train, the metro, or using a private transfer service are better options. Read more on Guangzhou coaches.

Hiring a private driver might be the best option if you want to do a lot of touring or business in Guangzhou. A private driver or aid from an English speaking guide/interpreter is relatively inexpensive compared to Western countries and Japan. It is the most convenient and pleasant way to travel.

With our Guangzhou private airport/station/hotel transfer service, our English-speaking driver will wait for you, and get where you need to go, without any of the hassles of taxis, or public transport. Our vehicles are more comfortable than most taxis.