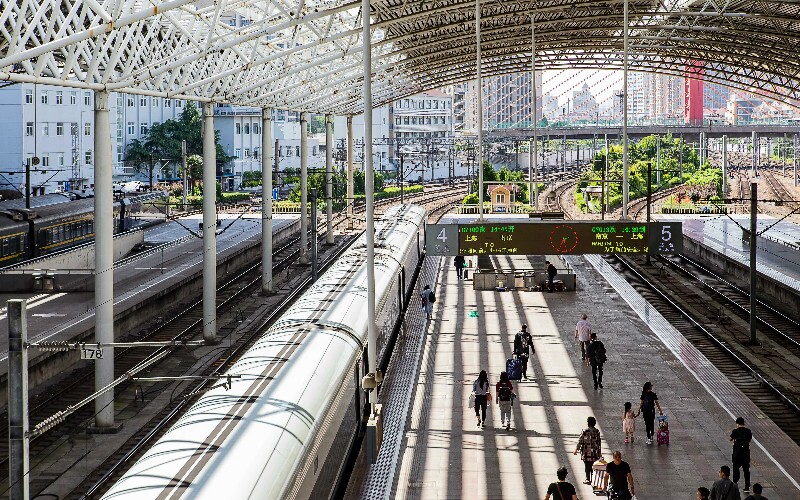 Please see the brief introduction below about three catogory trains between Shanghai and Guilin. How to Choose Train Types and Seats?

Overnight train is a comfortable way to travel between Shanghai and Guilin, and can save a hotel bill. K & T category trains have soft sleeper, hard sleeper and hard seat classes. Soft sleeper is recommended.

High-speed train shortens the travel time to just 9 hours, and only runs during day time. It has business class, first class and second class.

Read more about How to choose train types and seats

How to Choose Train Station?

G category high-speed train between Shanghai and Guilin departs from Shanghai Hongqiao Railway Station, which is far from downtown. Shanghai Hongqiao Station is airport-like, and it is one of the busiest stations in China.

Shanghai Railway Station is centrally located, it is also large and busy. One can easily reach this station by subway, bus and taxi.

Shanghai South Station is located in Minhang District. It is the third largest station in Shanghai, and one of the busiest stations in China.

It is centrally located, with convenient transportation. Most of the ordinary trains and some of the bullet trains to Beijing, Changsha and Nanning depart from Guilin Railway Station. Guilin North Station is a bit far from downtown, but can also be easily reached. Most of the bullet trains to Guiyang, Shanghai, Guangzhou and Shenzhen depart from this station.

It is difficult for foreigners who don’t speak Chinese to take buses in China, as bus signs and announcements are usually in Chinese only. And you may have to wait for a long time for a taxi during rush hours. China Highlights’ transfer service, providing private van, English-speaking tour guide and experienced driver, can help you skip the hassle and language problems.