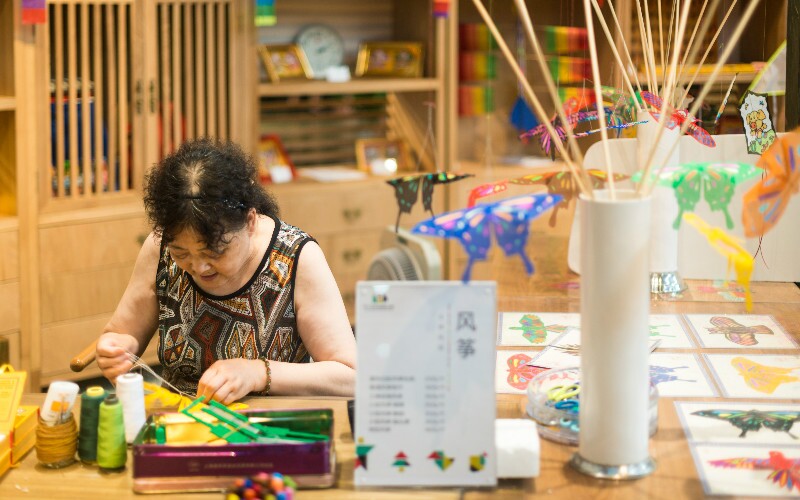 The Weifang Kite Museum in the World's Kite Capital

The Weifang Kite Museum is a place to go to learn about kites all over the world. It is in Weifang, a city that is renowned as the World Capital of Kites, in Shandong Province in eastern China. It has twelve galleries with models and kites from China's ancient past to modern times and kites from around the world.

Weifang as a World Kite Leader

Weifang is renowned as the World Capital of Kites and is becoming more of a tourist area. It has a long history as China's number one kite making area, and the city if famed for its kite craftsmanship. The extensive tradition and various types of kites are explained in the museum.

The Area Is Famed for Kite Craftsmanship

Weifang's handcraft industry has had equal fame with Suzhou of Zhejiang Province since the reign of Emperor Qianlong of the Qing Dynasty about 217 years ago. It was China’s largest kite producing area and distribution center during the dynastic era.

The techniques of kite making are well preserved. The craftsmen and their products have been promoted as a tourist attraction since 1980s, and they city attracts many tourists from other places in China and abroad every year.

The First Exhibition Hall — History and Development of Kites

The exhibition hall mainly gives an introduction to the historical and cultural development of kites, and explains about the various schools and styles, competition rules for kites, and the "Weifang International Kite Meeting." It displays various kinds of unique fine kites from home and abroad.

Weifang, called Wei County in history, is the hometown of kites. It is also one of the four kite schools in China. For hundreds of years, the local people in Weifang have kept the custom of flying kites and of holding kite-flying competitions.

The exhibition hall gives a presentation of the brief history of kites and an introduction to the kites of North Korea, South Korea, Japan, Malaysia, Europe and the United States. It also displays the fine kites of those countries.

The exhibition mainly presents the kite making tradition and displays of kites from Beijing, Tianjin, Weifang and Nantong.

The exhibition primarily instructs about the process of the kite-making. The production process of kites involves binding, pasting, painting and flying in this order. These are called the "four skills of making kites."

Baotu Spring Park is just one of many places you can visit during your trip to Shandong.

All our tours are modifiable. You can tailor a Weifang tour or have our experienced travel advisor assist in designing your tour.

Weifang is an old city and is noted for other types of crafts other than kite making as well. Other attractions are nearby the museum.