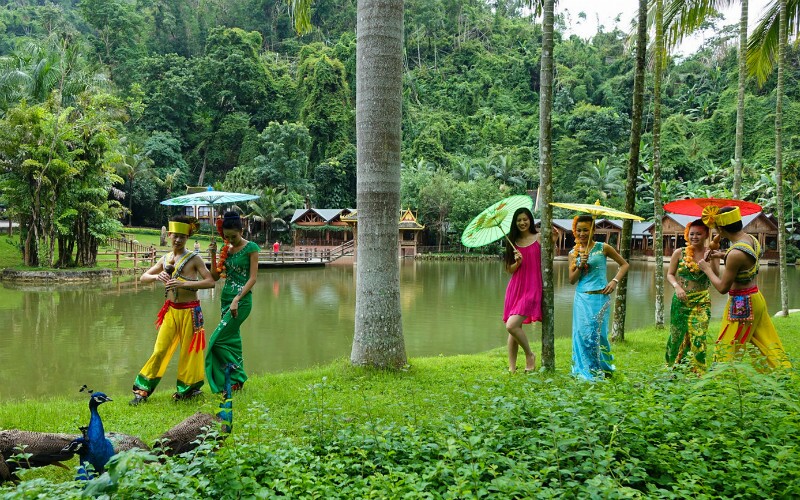 Xishuangbanna Dai Autonomous Area is a prefecture-level area in the south of Yunnan Province, southwest China, famous for wonderful tropical rain forest and ethnic folk customs. It is about 5 hours by air from Shanghai and Beijing, requiring a change in Kunming or Chongqing before landing at Jinghong.

This map shows the locations of Yunnan's main prefecture-level cities including Jinghong, capital of Xishuangbanna. 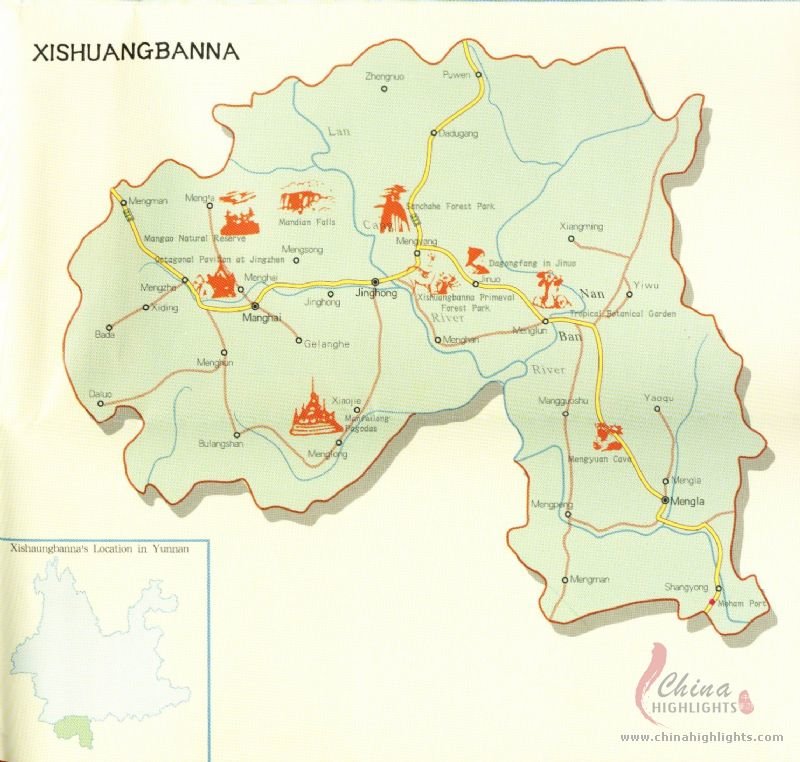