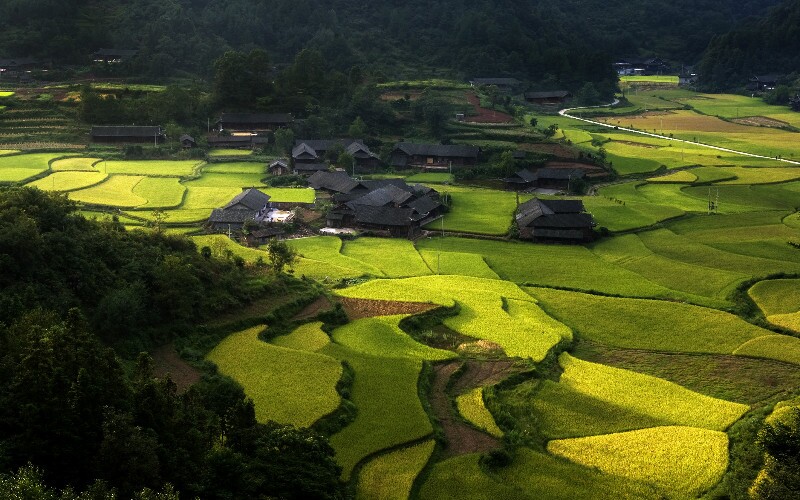 Zhangjiajie or Guilin: Which Should You Visit?

Zhangjiajie and Guilin are the two most beautiful places in China featuring natural scenery. Zhangjiajie or Guilin, which one is best to visit for you? or both? Spend 3 minutes to read our suggestions below to help you make the best decision. Don’t want the hassle of reading and comparing? Just give us your ideas, and we will help you plan a trip according to your interests.

Which is better for you depends on you and your interests, though of course, you may decide to visit both Zhangjiajie and Guilin.

Zhangjiajie is best for exciting mountain experiences. If you particularly want to see the "Avatar mountains" then Zhangjiajie is for you.

Guilin is best for more varied and relaxing scenic options such as riverboats, rafting, and biking in the countryside. It is probably better for older people and for families with small children.

We Recommend These Travelers Choose Guilin:

Decided to choose Guilin? See our most popular Guilin tours.

We Recommend These Travelers Choose Zhangjiajie:

These Travelers May Consider Visiting Both:

See our most popular tour itinerary combing Guilin and Zhangjiajie.

If you still want more info we’ve compared Zhangjiajie and Guilin for 1. popularity, 2. things to do / activities, 3. weather / best time to visit, 4. travel comfort, 5. travel cost,  6. ease of getting there, 7. walking difficulty, and 8. food.

Karst hills along the Li River have made Guilin No. 1 for scenery in China.

Zhangjiajie’s increase in popularity with Chinese tourists in the last 4 years has led to long queues for the top Zhangjiajie attractions.  It can feel like a theme park where you're always joining long lines for the big rides.

2. Things to Do / Activities

Both Zhangjiajie and Guilin offer natural wonders, but Guilin has more variety.

Zhangjiajie’s attractions focus on the extreme and adventurous, with "Pandora’s peaks" in the National Forest Park and more steep drops at Tianmen Mountain and the Glass Bridge.

Guilin's weather is pleasanter than Zhangjiajie's in winter but more uncomfortably hot in summer.

The best times to visit Guilin are March–June (the rainy time is good for hill mists) and September–November (dry and warm), though it can be visited all year round.

The infrastructure for travel and tourism is much better in Guilin. You have to do a lot more walking around the concrete/stone steps and bussing around winding roads in Zhangjiajie.

Costs are similarly low in the two destinations at around 200 USD/day for a full-service tour, not including getting there. Generally, Guilin offers better value for money on everything from hotels to transport, restaurants to sights, as it is more developed for tourism and frequented.

6. Ease of Getting There

Guilin's international airport has many more flights than Zhangjiajie's. You can travel between Hong Kong and Guilin by bullet train in about 3½ hours. Zhangjiajie is more isolated. It won't have a bullet train line until at least 2020 and its regular train services are fewer.

Guilin also has a 72-hour visa-free transit policy that makes a quick visit easier than Zhangjiajie for citizens of many countries.

We can take you to authentic local restaurants or arrange food you find more palatable.

Guilin cuisine is milder compared to Zhangjiajie's, though it does have its own exotic dishes. If you don't like heavy spice, you'll probably prefer it. There are also far more Western restaurants and other food options in Guilin.

We Can Help You Tour Zhangjiajie/Guilin or Both

See Zhangjiajie and/or Guilin with us.

Choosing the most suitable destinations doesn’t always mean a better travel experience. You are still only on the very first step, 100+ steps away from an enjoyable China tour. We can take all the hassle of researching, comparing, and booking away, and turn your ideas into a unique tour itinerary. Just tell us your ideas and we can create a trip for you.

Get inspired by our most popular Guilin and Zhangjiajie itineraries:

For both Zhangjiajie and Guilin, we recommend our customizable China Natural Wonders Discovery: Beijing, Xi’an, Guilin, Zhangjiajie, and Shanghai in 14 days.