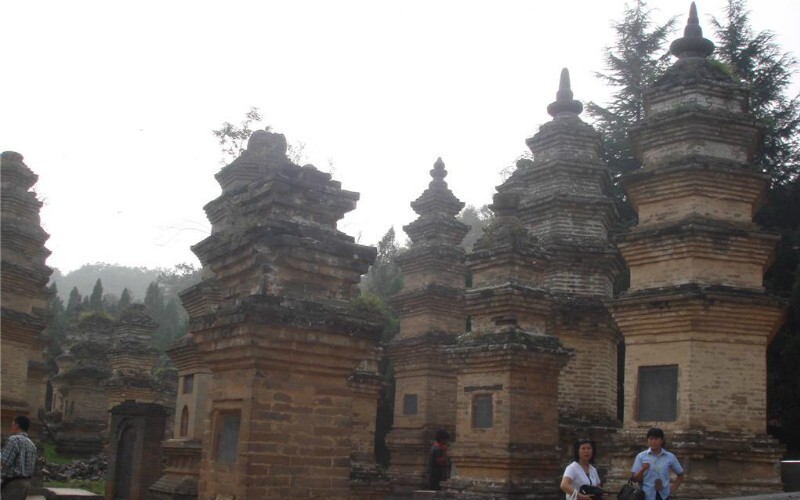 Zhengzhou Travel Guide - How to Plan a Trip to Zhengzhou

Zhengzhou, the capital city of Henan Province is renowned as one of the eight historical capitals of China. With a rich culture, long history, and a significant contribution to Chinese culture and civilization, Zhengzhou is called the cradle of Chinese civilization.

Zhengzhou borders the Yellow River to the north and Mount Songshan to the west. It was the capital of the Shang Dynasty (1766–1050 BC) 3,600 years ago and it served as the capital four times during later states and dynasties.

Since 1950, archaeological finds have shown that Neolithic settlements existed in the area. The Shang Bronze Culture flourished there from about 1500 BCE and was centered in a walled city. Outside this city, in addition to remains of large public buildings, a complex of small settlements has also been discovered.

Zhengzhou was called Zhongzhou in ancient times, which means ‘Middle Province', when it was the transportation hub of ten provinces. Luoyang and Kaifeng, both of which are famous historic cities and among the eight historical Chinese capitals, are just an hour from Zhengzhou. Zhengzhou is also central to the remaining five.

Zhengzhou is still one of the main transportation hubs in China, but now as a key node on the high-speed rail network.

The city has also won the title ‘Green City of Central China’ because of the characteristic tree of Zhengzhou, the chinar tree, planted on both sides of the main streets of the city.

As the capital of Henan Province, Zhengzhou is Henan’s cultural center, with many colleges, universities, and research institutes located there.

Places to Visit in Zhengzhou

Zhengzhou’s long history spanning more than three millennia endows it with plenty of historical and cultural relics in addition to its picturesque natural scenery. The following are a few places worth visiting.

Henan Museum is one of the oldest museums in China and has a collection of more than 130,000 cultural relics revealing the course of history through the ages. Henan has one of the richest and most interesting cultures of China, being the birthplace of Chinese civilization so this museum is a must-see place.

Located at Dengfeng city (one county-level city of Zhengzhou), Mount Songshan is one of the Five Sacred Mountains of China. The natural beauty in this place is amazing and you will have a good time wandering around the valleys, caves, pools, and waterfalls.

Situated at the foot of Mount Songshan can be found the Shaolin Temple, the birthplace of Shaolin Kungfu. It is a UNESCO world heritage site. Chenjiagou, the cradle of Chinese Taiji Quan, is also located at a short distance at Jiaozuo city, just an hour's drive from Zhengzhou city. Both of these are great places to visit for Chinese Kung Fu enthusiasts.

Display of Masks at the City God Temple

The largest and most complex architectural complex in Zhengzhou, The City God Temple is situated on the Northern side of Shangcheng Road. The complex site used to be a temple to the Daoist god of the city. It was destroyed many times and rebuilt. Now, it is used to display folk art and crafts for fairs. The main buildings include the Mountain Gate, Front Hall, Happy Building, Main Temple Hall and the Emperor's Resting Place.

The Imperial Tombs of the Song Dynasty are located at Gongyi (one county-level city of Zhengzhou). There are eight tombs on-site – seven for the Emperors of the Song Dynasty and an additional tomb for the father of the Dynasty’s first emperor. Buses leave from Zhengzhou coach station every 30 minutes and a visit to the tombs can make a great day trip from the city.

Located near the modern city of Anyang just about two hours drive from Zhengzhou city can be found the ruins of the last capital of China’s Shang Dynasty. Yin Xu is one of the oldest and largest archaeological sites in China and is a UNESCO World Cultural and Natural Heritage Site. Because of its great cultural and historical significance to China and world civilization at large, Yin Xu has the honor of topping the list of the 100 Great Archeological Discoveries of China in the last century.

In addition to all the historic and cultural attractions, Zhengzhou is no short of modern attractions as well. The Novotel Tower, Orient Shopping center and the Zhengdong New District Financial Center are fascinating places for all those interested in modern Chinese culture and architecture.

You can find all types of food in Zhengzhou, ranging from Chinese to Asian to Western. Halal food can also be found easily.

You can try the famous specialties here, like the hulatang, or special breakfast in Zhengzhou, a type of soup that is somewhat spicy. You can go to Shunhelu where you will find the best hulatang in town.

Hui mian is one of China’s most famous noodle dishes, which originated in Henan Province. Mutton noodles (yangrou huimian) and beef noodles (niurou huimian) are popular and are sold at many restaurants and street food stalls around the city but the most famous ones are Xiaoji (萧记), Heji (合记), and Jufengyuan (聚丰园)

Hotels in Zhengzhou range from 5-star hotels to hostels and inns. There are many options in and around the main Erqi Square, and if you are backpacking you can explore the railway station area for some cheap options.

While booking a hotel, please remember that some hotels don’t serve foreign tourists - please check this when you book your hotel. Normally, three-star hotels and above do serve foreigners. Taking into account the service provided in English, comfort levels, facilities, and living conditions, it is suggested that you choose hotels with higher star ratings.

Weather and the Best Time to Visit Zhengzhou

Zhengzhou can be visited all year round. However, the best times to visit are autumn and spring when temperatures are moderate and the city has a beautiful look.

How to Get to and Travel around Zhengzhou

Zhengzhou is a major transportation hub and has convenient transportation. The city is easily accessible by train, bus, and flight from the main cities, such as Beijing, Shanghai, and Xi’an. It takes about three to four hour to reach Zhengzhou from Beijing on high-speed rail.

Transportation within the city is also convenient and you can get around by metro, bus, or taxi. For more, see Zhengzhou Transportation.

Explore Zhengzhou with Us

See how the history and culture of China evolved by exploring Zhengzhou with our expert guides. You can choose from our popular tours like our 11-Day China Tour and Kung Fu Experience - including Beijing, Xi’an, Luoyang, Dengfeng, Zhengzhou, and Shanghai. You can also have a tour specially designed for you, according to your tastes and requirements.