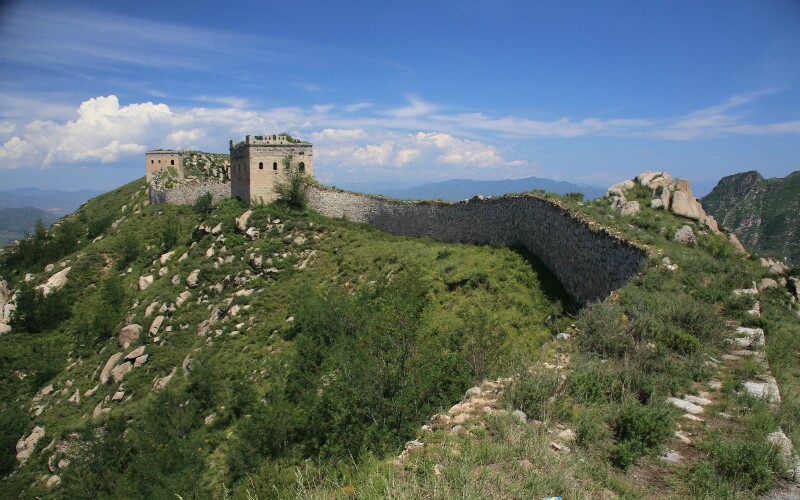 Zibo Travel Guide - How to Plan a Trip to Zibo

Zibo is near the ancient capital of the Qi State that was a leader among the kingdoms in the 600s and 500s BC. It is in the middle of Shandong Province and is getting more popular with foreign tourists. Its main highlights are some museums and natural parks.

The city is opening up to more foreign tourism. The recent completion of bullet train lines that connect Zibo with Jinan, Qingdao and Beijing is spurring more tourism. As of 2016, it is ranked 52 on TripAdvisor as one of China's favorite tourist areas.

The Qi State (1046 to 221 BC) occupied the area until it was conquered by the Qin Empire in 221. Linzi was the capital city, and was for a while the biggest city in East Asia with very large walls. The mountains to the south attract hikers and people who like natural areas, and the many museums attract people who want to learn about the history and culture of China.

It is a tourist shopping area in the city that is popular for its old buildings and many souvenir and gift shops. It is conveniently located east of the main city area.

The Lushan National Forest Park is out in comparative wilderness almost two hours south of Zibo and distant from other urban areas. It is more like a natural park in the West, and isn't built up. The Qi Great Wall Ruins (齐长城遗址) is said to be the first "Great Wall" built in 685 BC by the kingdom of Qi.

The large museum is popular with foreigners partly because it is easy to reach in the central city near about seven other museums you can see in the same area including the Zibo City Museum. It features Chinese and international (Korean and Japanese particularly) ceramics and modern ceramic art. It is said to be China's largest ceramics exhibition center.

This museum 齐国历史博物馆 is the best place to go to learn about the Qi State and how it influenced the countries around, about its advanced technology, and how its philosophers developed Confucianism.

The region has a long history. Human habitation dates back to the Neolithic period. During the Zhou Dynasty era (1045 to 221), it is thought that the ruling dynasty became increasing weaker, and the Qi State (齐国) emerged as the leader of the region around 651.

The kingdom was a trend setter for the countries around. It was the leader technologically, economically and in the development of Confucianism. It was the richest country in the region, and the capital, Linzi, was the biggest city in East Asia. Linzi was near Zibo.

Understanding about that state helps to understand the origins of the later large empires in the region. They built the first "Great Wall" in the region that traverses Shandong to Qingdao, and they built the Jixia Academy that is called East Asia's or the world's first university. In a way, the Qi State's significance is like that of ancient Greece to Europe. The Qin Empire conquered the Qi State in 221.

The city is built on a semi-arid and semi-humid plain. It will probably seem like a dry area to you except in the mountains that are verdant green in summer. Likes most cities in North China, Zibo has four distinct seasons.

When to go: Spring, summer and autumn are the best times to go there, but avoid going on public holidays to make travel more convenient. To best enjoy the natural parks, avoid holidays and weekends.

China Highlights' private transport service is most convenient during your China trip.

Airport: It is a 90 minute drive from Jinan Yaoqiang International Airport to the city center. About eight buses run between the airport and the city between 5 am and 5 pm.

Mount Tai is one of Shandong's major highlights. It has numerous old temples and structures along with many waterfalls.

Mount Tai is about one and a half hours from Jinan and about two hours and forty minutes from Zibo via the highway passing through Jinan.

Shandong is interesting. Along with the Qi State Wall, the star attractions include Qufu — Confucius' home town.

Most tours won't take you to the Qi "Great Wall" ruins or the parklands around Zibo, but our Shandong area tours such as our 6-Day Qingdao, Jinan, Taian and Qufu Tour are customizable.