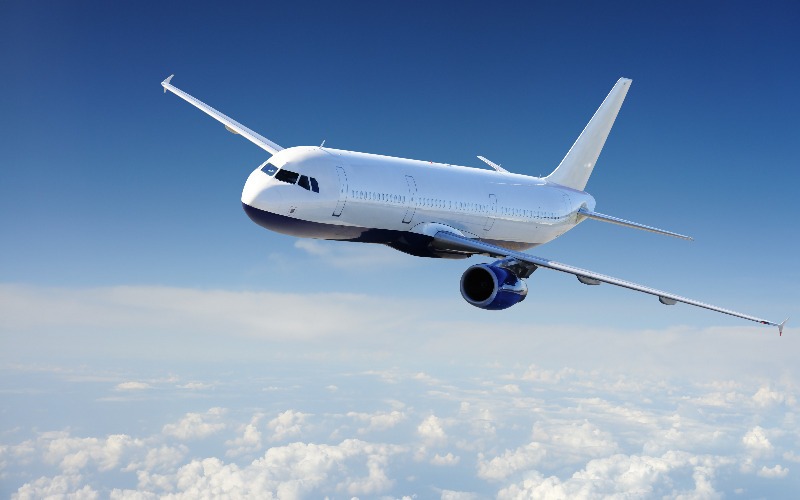 China Southern Airlines, with headquarters in the capital of Guangdong Province, i.e., the city of Guangzhou (known in the past alternately as Kwangchow and Canton) is the largest airline in China measured in terms of fleet size, which is a rough approximation for all of the other measurement parameters associated with an airline such as the number of passengers carried, the number of routes and destinations served, the number of flight hours flown, etc. China Southern Airlines is also 1st in Asia in terms of fleet size. China Southern Airlines has branches in major Chinese cities such as Beijing, Shenzhen, Dalian and Zhuhai, in addition to branches in the following provinces: Hainan, Heilongjiang, Jilin, Henan, Xinjiang, Hubei, Hunan, Guangxi and Taiwan. Moreover, China Southern Airlines is affiliated with five other Chinese airlines, namely, Xiamen, Shantou, Guizhou, Zhuhai and Chongqing Airlines, and it has special, limited but significant arrangements with Sichuan Airlines and China Airlines, as will be seen in the following.

China Southern Airlines has been operating a fleet of Air Bus A380s – the world’s largest passenger airplane – since October 14th, 2011. China Southern Airlines was the first airline in China to fly the Air Bus A380, making it the seventh such airline in the world. The Air Bus A380 boasts 50% more cabin area and 50% less cabin noise, as well as highly prized additional features such as greater cabin volume (ensures fresher air quality), larger windows and roomier overhead bins, compared to other aircraft.

China Southern Airlines' logo is a stylized, blossoming kapok flower, in red, on a ‘dark blue on light blue’ stylized version of their airplane’s tail fin. The kapok, which comes in a variety of colors and shades – including red – is Guangzhou’s city flower. The kapok’s blossom therefore fittingly symbolizes the welcoming hospitality of China Southern Airlines.

As indicated in the Quick Facts above, China Southern Airlines is a member of Sky Team, the world's next-largest airline alliance – second only to Star Alliance – with 15 member carriers servicing 926 airports in 173 countries around the world. Sky Team member carriers are grouped together in a shared location – Terminal 2 – at Beijing Capital International Airport (PEK/BJS), thus facilitating quick and easy airline-to-airline transfers at PEK/BJS.

China Southern Airlines has an extensive network of passenger routes in China, reaching over 100 destinations. It also serves over 60 international airports, connecting, principally, the Chinese cities of Guangzhou, Beijing, Dalian and Urumqi with international destinations.

Since Sky Team additionally has association agreements (aka Codeshare agreements) with a number of other airline alliances, China Southern Airlines passengers enjoy a global “reach” that is truly impressive, with 898 international destinations in 169 countries, which expands upon China Southern Airlines’ ranking as the 1st airline in Asia, the 5th airline in the world.

The following airlines, with their respective alliance memberships indicated in parentheses, indirectly have an association/ Codeshare agreement, via Sky Team of course, with China Southern Airlines:

* Owned by Swire Pacific, the parent company of Cathay Pacific

There is, alas, no single international standard size (set of dimensions) for carry-on luggage, the permitted size varies from continent to continent, and to some degree, within continents. If you wish to be 100% safe, i.e., if you wish to be able to travel anywhere in the world with your carry-on luggage, then you should choose a piece of luggage with the following maximum (Height x Width x Depth) dimensions: H: 55cm/ 21.65in x W: 35cm/ 13.78in x D: 20cm/ 7.87in (and note that each of these dimensions must be respected in order to satisfy a universal requirement, i.e., they may not be altered as long as the sum total is the same, aka the “linear” measure, a measure that will be explained in the Checked Luggage section below).

Carry-on luggage that exceeds the weight and dimensions referred to above should be checked, though, if you will be travelling to countries outside of China, it is best to simply bring carry-on luggage that conforms to the most stringent dimensions of the country, or countries, in which you will be travelling, or, to take the worry out of it all, you might simply follow the ‘anywhere in the world’, or universal, solution referred to above.

There is an additional Free Checked Luggage Allowance Limit of 10kgs for infants on all domestic Chinese airlines.

Luggage that exceeds the above allowances is subject to excess weight charges.

Weight Limits: The maximum weight of any piece of Checked Luggage may not exceed 50 kgs (110.23 lbs) for domestic and regional (Taiwan and Hong Kong) Chinese airlines; 32 kgs (70.55 lbs) for domestic international airlines – for example, for domestic European airlines (45 kgs/ 99.20 lbs for domestic American airlines). Checked Luggage exceeding these weight limits on domestic and regional Chinese flights will not be accepted without the prior approval of China Southern Airlines, while excess-weight baggage, even where approved, is subject to excess baggage fees.

Passengers bringing their own wheelchair on the flight must check it at baggage check-in. Passengers who require a complimentary wheelchair ‘from check in to check out’, as it were, should make the necessary reservation as early as possible, though every effort will be made to satisfy last-minute requests.

Pregnant passengers, up to their 32nd week of pregnancy, are welcome without reservation on China Southern Airlines flights, provided that their doctor has not advised them against air travel. Pregnant passengers in their 33rd to 36th week of pregnancy must present a health certificate - issued by a physician and not more than 72 hours old - that certifies that the bearer is healthy enough for air travel. For health reasons – and in keeping with international practice – China Southern Airlines forbids pregnant women beyond the 36th week of pregnancy to travel on its flights.