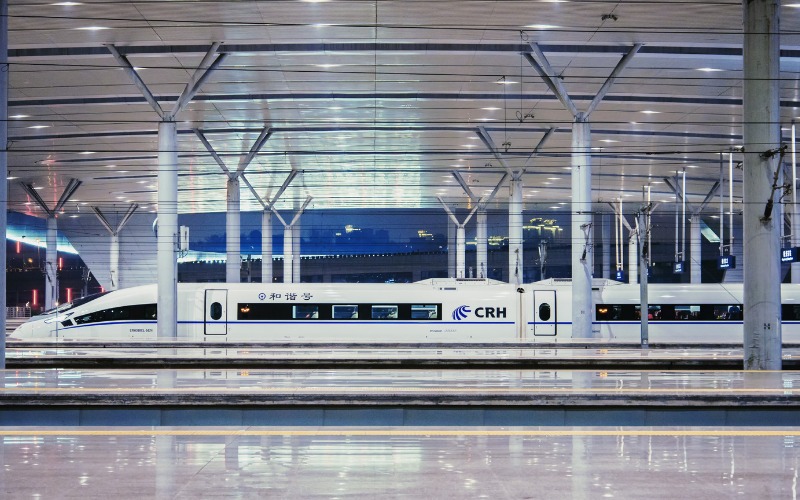 The Beijing – Tianjin rail line is the first permanently operational passenger high-speed rail route with trains traveling over 300 kilometers (186 miles) an hour in China. These two cities are neighboring and plenty of high-speed trains are in service. There are two main types of high-speed trains on this line, G trains and C trains, with similar speeds and a small price difference.

There are different terminals in each city for high-speed trains. The price differs for different routes; please see below.

High-Speed Trains are the Most Recommended Way to Travel

There are also buses in service between Beijing and Tianjin. However, we recommend that you take a high-speed train from Beijing to Tianjin or Tianjin to Beijing. See a brief comparison below:

Choose a Suitable Train to Save Time and Money

1. Choose a train route that saves your time and money when taking a taxi to the city center. There are many stations available in Tianjin, and we recommend that you buy a train ticket departing from/arriving at Tianjin Railway Station, which is the closest terminal to Tianjin city center.

2. You are recommended to choose a train that allows you to arrive at the train station 1.5 hours before its departure. This is because the train stations are very large and it takes time to navigate and negotiate the security checks and lines.

How to Buy the Tickets

Valid ID is required when buying a ticket AND boarding a train.

Valid ID is required when buying a ticket AND boarding a train:

Online Booking - the Most Convenient Way

You can book train tickets online easily through China Highlights Train Ticket Service. We provide detailed and helpful English guidance, a 24/7 service, and also a ticket delivery service. You only need to complete three steps to get your train tickets.

Alternatively, you can contact your travel advisor to help you buy the train tickets, which is also very convenient.

See our more detailed guide for How to Buy Train Tickets in China.

There are about 90 high-speed trains departing from Tianjin Railway Station every day. The station is located in the city center.

There are also many high-speed trains departing from Tianjin South Railway Station. It's a longer distance from the city center, being about 1 hour's drive.

Chinese toilets are one of the biggest issues for a foreign travelers in China. Don't worry! Western-style toilets are set at the end of each carriage and are equipped with toilet paper. However, they may occasionally run out of toilet paper, so you are recommended to take your own, just in case.

If you are taking a cruise that departs/arrives at Tianjin Cruise Port, please see our travel ideas below for inspiration:

If you want to adjust the itinerary, we can tailor-make it for you. We can help you arrange your tour according to your interests and requirements.