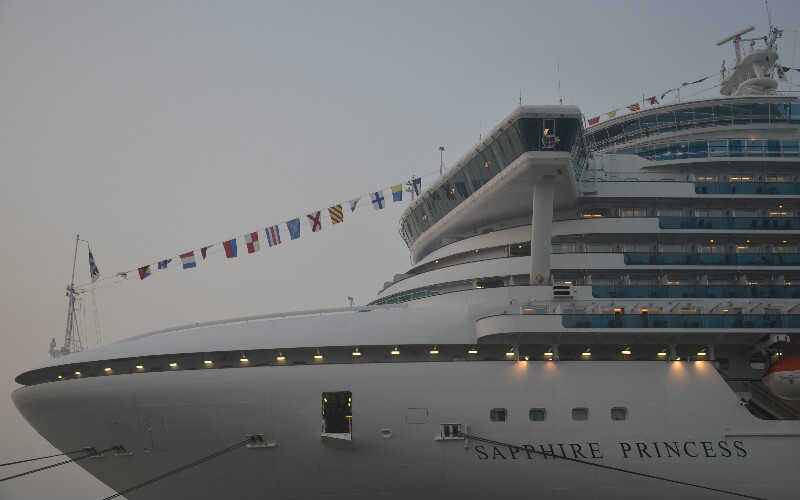 A strategic geographic position has provided Tianjin City, one of the four municipalities in China, with an advanced and extensive transportation system, combining different traffic vehicles together into a complicated network.

Tianjin Binhai International Airport, located in Zhanggui Village, Dongli District, is only 13 kilometers (about 8 miles) away from the downtown area of Tianjin. It is a key airport in North China region in terms of domestic and foreign flights, as well as one of China's large-scale modern international airports.

At present, the airport has 81 international and domestic airlines to all together 62 cities, like Guangzhou, Shanghai, Shenzhen, Chengdu, Hangzhou, Qingdao, Dalian, South Korea and other major cities at home and abroad.

How to Get to the Airport

The airport is about 19 kilometers from Tianjin Railway Station (Beijing - Tianjin high-speed rail terminal) to Binhai International Airport. Taking a taxi only costs 25 minutes or so without traffic jams.

In a word, there are a great many trains departing from Tianjin to more than 40 cities at home, like Beijing, Shijiazhuang, Guangzhou, Shanghai, Xi'an, Nanjing, Hangzhou, Harbin, Manchuria, and so on. In addition, there are round-trip EMU Expresses from Beijing to Tianjin every day.

The Beijing-Tianjin railway line from Beijing South Railway Station to Tianjin Train Station covers a distance of all together about 118 kilometers, with a maximum design speed of 350 kilometers. It was put into use in June 2008.

Tianjin highway system mainly consists of national highway 102, 104, 105, 112, 205, 307, 341, and several expressways like Beijing - Shenyang, Tianjin - Tangshan and Beijing - Tianjin, etc. It takes about 1.5 hours or 4 hours respectively from Tianjin to Beijing or Shijiazhuang.

There are many a long-distance bus station in Tianjin, among which Tianhuan Long-Distance Bus Station located in Nankai District, mainly serves buses of the inter-provincial passenger transport, to Beijing, Shanghai, and Hebei, Shanxi, Shaanxi, Inner Mongolia, Zhejiang, Jiangxi and other places, whereas other stations provide buses mostly to Tianjin suburban areas and neighboring provinces and regions.

Passengers can take a coach direct from Tianjin Tianhuan Long-Distance Bus Station (天环客运站) to Beijing Capital International Airport. The trip takes about 2.5 hours. The departure interval is 1 hour from o4:00 to 06:00 and that for period from 06:00 to 18:00 is 30 munities. Tianhuan Bus Station is located in the crossing of Hongqi Road and Anshan West Road, Nankai District (南开区红旗路与鞍山西道交口处), and the telephone numbers are 022-6455 8718 and 022-8433 5878.

Tianjin Port, as the largest man-made port in China, is located in the mouth of Meihe River, the West Bank of Bohai Bay. It is the gateway of Beijing and Tianjin to the sea. It consists of two parts, river ports and sea ports, and is divided into three port zones, Nanjiang zone, Beijiang zone and Haihe zone.

Haihe River, as the only river running through Tianjin urban area, has brought unique scenery for Tianjin tour.

Haihe Bund Park is located at the shore of Haihe River, a Haihe River Tour route.

From Tianjin Cruise Port to Beijing

Passengers can first take a taxi or public bus (No.102, 6:00-21:00) to Tianjin Tanggu Railway Station, then take inter-city bullet train to Beijing South Railway Station. Taxis are available by the pier side, but not that usually the drivers don't speak English. It is better to have your destination written down in Chinese beforehand to show to the driver. Read more on Tianjin Cruise Port to Beijing Transportation Guide

The traffic between Beijing to Tianjin

Shuttle buses are available between Tianjin and Beijing Capital Airport with the fare of 70 yuan per person.

Jingjintang Expressway, as the first inter-provincial highway of China, connects Beijing and Tianjin with a length of 142.69 kilometers. It takes around 1.5 hours from Tianjin to Beijing.
Note: traffic jams often happen on the expressway, and in winter it will sometimes be closed out of bad weather.

Besides, deluxe coaches are available from Beijing Zhaogongkou Long-distance Bus Station to Tanggu, a district of Tianjin. And travelers can take buses from Tianyu Bus Station, No.41 bus terminal stop and Tianjin East Bus Station and other long-distance bus stations to return to Beijing.