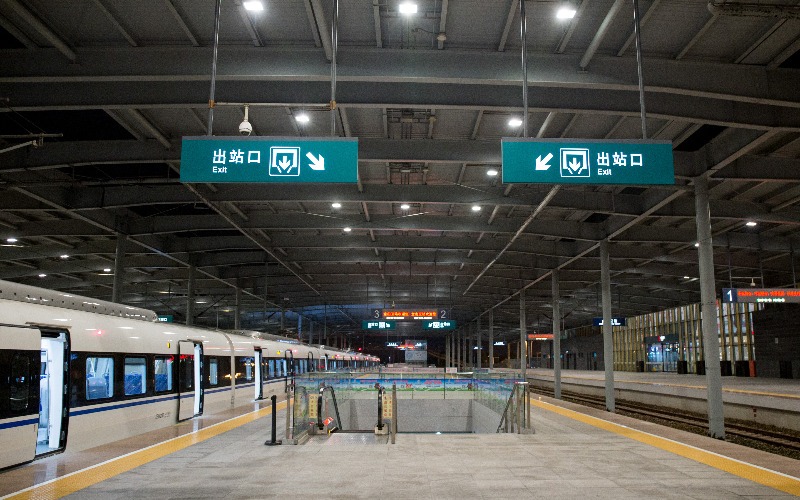 It connects two popular cities and reduces the journey time from 12 hours to 5 hours (2 hours by air). Beijing and Shanghai are also two of the most popular tourist cities, and travelers often experience China HSR trains on this route for the first time.

Read more about the Beijing–Shanghai HSR Travel Route to get ideas for planning a trip.

It connects Northeast China with the national capital, Beijing. It cuts the journey time from 12 hours to 6 hours between Beijing and Harbin.

Currently, you can travel from Qingdao to Jinan within 3 hours. Only one HSR train runs from Jinan Xi to Shijiazhuang, taking 3½ hours and departing at 8am. There are many HSR trains running from Shijiazhuang to Taiyuan, taking about 1½ hours.

This HSR is built alongside the Yangtze River. The high-speed trains on most of the route have an average speed of 200 to 250 kph, except on the line from Shanghai to Nanjing (350 kph), and from Yichang to Wanzhou (160 kph) because of the curves in the track that were designed to get around the landforms in the area.

Until the line from Lichuan to Chongqing becomes operational, you can travel from Shanghai to Yichang, from Yichang to Wanzhou, and from Chongqing to Chengdu by high-speed trains. Taking a Yangtze River Three Gorges cruise between Chongqing and Yichang would be a nice way to break up a high-speed train journey if you have time to take in the scenery.

The Shanghai–Kunming HSR line is partly operational from the Shanghai to Guiyang line. The Guiyang–Kunming line (opening date: end of 2016) is under construction. It will connect East China and Central China with Southwest China after its completion. It's one of the most beautiful train travel routes in China. Travelers can see modern cities, ethic culture, and natural scenery on this route.

The construction of HSR in China began with the building of the Qinhuangdao–Shenyang Passenger Dedicated Line (秦皇岛–沈阳客运专线) in 1999 (it opened in 2003), offering a service of 250 kph (155 mph), although it's not recognized as a China HSR.

The first China HSR offering 350 kph (217 mph) services was the Beijing–Tianjin Intercity Railway, which has been in service since August 1, 2008.

This was the first HSR that allowed trains to operate faster than 300 kph. It takes about 30 minutes to get from Beijing to Tianjin.

If you take a cruise from Tianjin, this is a good choice for you to begin your China tour in Beijing, and it's also a very convenient way to catch your cruise in Tianjin when traveling from Beijing. Read more about the Best Ways to Get from Beijing to Tianjin Port.

China's high-speed rail plans are ambitious, planning to invest $300 billion to construct the largest, fastest, and most technologically advanced high-speed railway system in the world by 2020. It is predicted that the HSR (High-Speed Railway) network will reach 30,000 kilometers (18,641 mi) when the major rail lines are completed.

High-speed rail networks in China are more widely covered in central and eastern China than in western China, with the latter region's HSR currently being under construction for economic development.

Please see the China High-Speed Railway Lines Network Map above to see if there are trains running between the two cities you are planning to visit on your tour, or just search the train schedule at China Highlights Train Ticket Service.

Shanghai's Maglev Train, launched in 2004, has a maximum speed of 431 kph. It runs between Shanghai Pudong International Airport and Shanghai's Longyang Road Metro Station at intervals of 15 to 20 minutes. The journey only takes about 8 minutes, and a one-way ticket is 50 yuan.

Dec. 26, 2009: The longest and most complicated Wuhan–Guangzhou line (part of the Beijing–Guangzhou–Shenzhen–Hong Kong route) opened.

Nov. 25, 2015: Seventeen leaders from 17 countries took an HSR train from Suzhou to Shanghai.

If you are interested in experiencing a bullet train in your China trip, please see our popular tours below for inspiration:

Or you can just tell us your interests and requirements, and we can help you create a China tour.