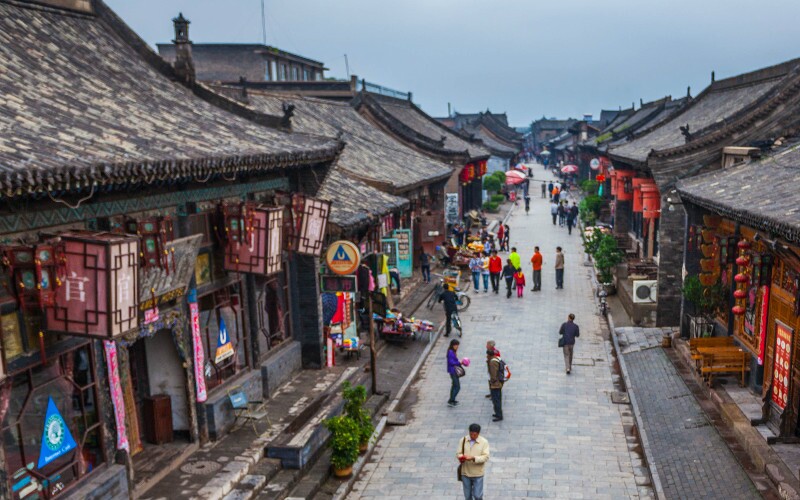 The Pingyao International Photography Festival is held in the ancient city of Pingyao in Shanxi Province.

It's not only an event for photographers of all skill levels, from the novice to the seasoned photographer, but is also a rare event for those simply interested in photography. This includes both curiosity-driven local residents and tourists from far and wide, both within and outside of China.

A Photography Carnival for Art Lovers

During the festival, Pingyao Ancient City, a UNESCO World Cultural Heritage Site since 1997, becomes one large, indoor and open-air photo gallery. It is filled with photo exhibits from professional and amateur photographers from every continent, representing upwards of 50countries on average, and including the works of many renowned Chinese and international photographers.

The festival is organized around a chosen central theme each year. Under the umbrella, as it were, of the chosen overarching theme, the exhibition is divided into a number of subthemes; usually four to five of them.

To facilitate these subdivisions, the exhibits — some of which may be large montages — are each situated in their own physical area. In some cases (if the subdivision is very large), a single subdivision may be divided into two or more physical areas, so as to create more space for the large crowds that attend this popular annual festival, which is China's preeminent photography exhibition.

Popular Activities Alongside the Photography Festival

In addition, a number of academic activities — from forums to conferences to training courses to special workshops— are staged in conjunction with the festival.

A special feature for photographers at the Pingyao International Photography Festival is that the arrangers of the festival maintain a staff of about 20 professional photographers to greet newcomers and show them around.

Not surprisingly, the festival has a great buzz filled with excitement, especially for photographers.

Development of the Photography Festival

Established in 2001, the Pingyao International Photography Festival has been running for more than 15years and just seems to get bigger and better with each passing year. It attracts the works of increasing numbers of serious photographers from around the world, as well as from renowned and lesser-known photographers from the four corners of China itself.

Another curious thing about the Pingyao International Photography Festival is that it is 'art observing art' in the sense that the photographers who attend it are as busy clicking away during the festival as they would be on any professional assignment — indeed, some of the montages have concerned aspects of previous festivals.

As indicated, the festival gets larger each year. For example, the number of photos exhibited during the festival in 2016 was of such a high magnitude that it would have taken at least 1600 photographers taking part in 237 photo exhibitions.

You may can get some inspiration from below recommended Pingyao tours: