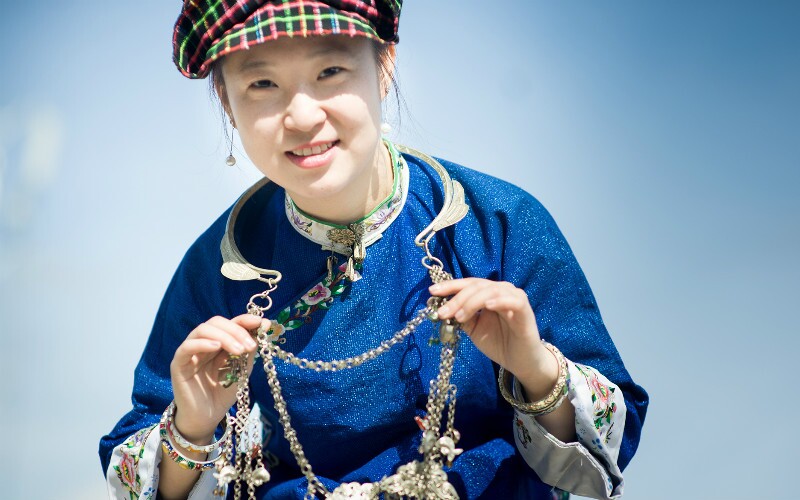 The Zhuang Song Festival is an important festival for Zhuang People.

The Zhuang Song Festival is also known as San Yue San, which means 'Third Month's Third (Day)', as it is celebrated on the third day of the third lunar month in the traditional Chinese calendar. It is a public holiday in Guangxi Zhuang Autonomous Region, when people can enjoy a two-day holiday.

Importance: the most ceremonious festival for Zhuang People

The Song Festival is not only the most ceremonious festival for Zhuang people, but also an important traditional festival among many other ethnic groups, including Han, Yao, Dong, Shui, Maonan, Miao, and Dong people.

Every year on the third of the third lunar month, Zhuang people and people from other ethnic groups will gather together to celebrate the festival by holding various folk activities. Some of the most traditional customs and activities include 'song meetings', bamboo pole dancing, steaming five-color glutinous rice, making colored eggs, bumping eggs, and throwing embroidered balls.

A song meeting in the Zhuang Song Festival.

Singing folk songs is the most important activity of the San Yue San Festival. Zhuang people are very fond of singing. Zhuang people gather outside in the fields to hold 'song meetings'. Their songs are about life, work, love, happiness, sadness, and historical events.

The Song Festival is also a good opportunity for young people to engage romantically. Young men and women usually sing in antiphonal style (alternately singing to one another). If a man and a woman fall in love with each other, they will give a gift to each other. The woman will usually give an embroidered ball to the man she accepts.

Bamboo pole dancing is another highlight of San Yue San Festival. Generally, there are 10 bamboos poles needed, two are the 'pillow' poles, and the other eight are laid across the 'pillow' poles. Eight young men hold the eight bamboo poles' ends facing each other in pair.

They will raise and lower the bamboo to the accompaniment of music. Girls jump and hop between the poles while singing and performing. Those whose ankles touch the bamboo poles are eliminated from the game. The last girl left is the winner.

Visitors are invited to join in this dance. Underlying this fascinating dance is the auspicious meaning: success in career and life (for the winner).

On day three of the third lunar month, Zhuang people use special wild flowers and leaves collected in the mountains to produce natural dyes to color the glutinous rice (usually red, yellow, blue, purple, and white).

They set up a singing tent in their villages, and put out the five-color glutinous rice in the tents. People young and old sing and dance around the tents, and eat the five-color sticky rice together.

The Origin of the Zhuang Song Festival

Impression Liu Sanjie is a musical night show, performed on the Li River in Yangshuo.

There are many legendary stories about the San Yue San Festival. One of the most popular stories in the Zhuang ethnic group is about Liu Sanjie…

There was once a Zhuang girl called Liu Sanjie, who was very good at singing. She loved ordinary people and despised the vicious landlords. She inspired people with folk songs.

However the landlords were jealous of her singing, and afraid of her rebellious character. They tried to forbid Liu Sanjie from singing, but failed. Later Liu Sanjie was persecuted by the landlords. She was drowned in a pond, but she went to heaven on the back of carp in the pond and became the “Singing Goddess”.

Many Zhuang people honor Liu Sanjie with the Song Festival, and give yet another name to this festival: 'Singing Goddess Day'.

You can see a performance called Impression Liu Sanjie in Yangshuo about the “Zhuang Song Fairy”.

Where to See the San Yue San Zhuang Song Festival

There are many festival sites in Guangxi Zhuang Autonomous Region. The Zhuang Nationality Song Festival in Guilin is a less famous and more recently established celebration. One of the most famous festival sites is in Wuming County, where the festival has been continually celebrated for over 30 years. Its various folk activities attract numerous tourists.

About Wuming and the Festival in 2022

Wuming County, in central south Guangxi Zhuang Autonomous Region, is an important birthplace of the Zhuang civilization and cultures. It is also called 'the hometown of Zhuang people in China'.

This year the festival in Wuming County will be from April 3 to 4, 2022. There will be more than 30 activities (covering sport, culture, and tourism), from which you can experience authentic Zhuang customs.

Many Chinese people in Guangxi make use of the holiday to go traveling. Therefore attractions and transportation in Guangxi and nearby provinces like Guizhou, Guangdong, Yunnan, and Hunan will be crowded, and accommodation may be slightly more expensive.

Contact us and we can help you avoid the hassles, and have a China experience that includes the best of the San Yue San Zhuang Song Festival.