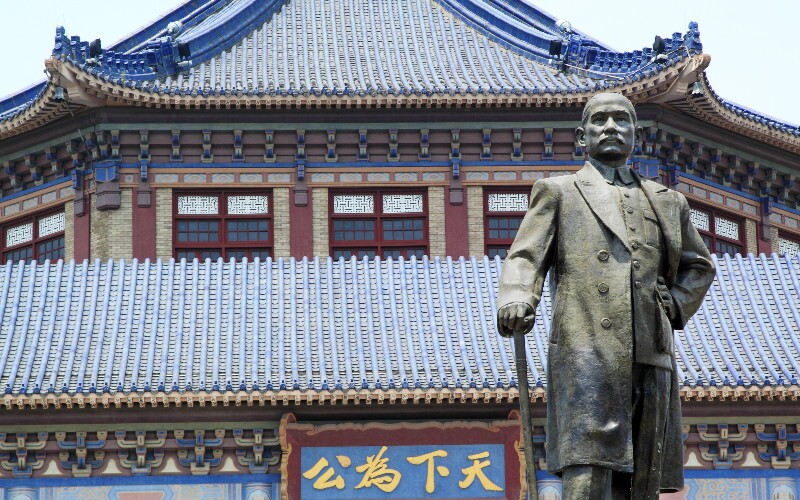 Sun Yat-sen was a famous political figure at the turn of the 20th century. Many people gave him credit for leading the revolution that overthrew the Qing Dynasty (1644–1912) and ushered in the Republic of China era. So, if you are interested in learning about him, you can go to a large park area called Yuexiu Park near downtown Guangzhou and see his memorial hall.

It is also a good place to go if you want a park excursion while in Guangzhou.

What Is the Guangzhou Memorial Hall and Park?

The Guangzhou Memorial Hall is a memorial to Sun Yat-sen who was the first president of China. It is shaped like an octagon. It is one of the memorials in Guangzhou. It has a majestic appearance, and it is an important place for large meetings and performances too.

The Sun Yat-sen Memorial Hall is built in order to commemorate the contributions of Sun Zhongshan. Sun Zhongshan is Sun Yat-sen's Mandarin name. He was the great predecessor of the Chinese revolution for democracy.

The original building was donated by the people in Guangzhou and the overseas Chinese, and it is officially listed as one of the first-class cultural relics in Guangdong Province. It was designed by the famous Chinese architect, Mr. Lu Yanzhi, and the construction started in 1929 and finished in October of 1931.

The government appropriated funds several times to repair the memorial hall. In 1998, they finished a completely new memorial hall.

The memorial hall and the courtyard together cover an area of 62,000 square meters. The 6,600 square-meter main building (16 acres) has a framework of steel and reinforced concrete. In front of the memorial hall, there is a statue of Sun Zhongshan.

Above the front door, there hangs a golden slab with four Chinese characters that were written by Sun Yat-sen himself: "Tian Xia Wei Gong." The statue and the words he wrote complement each other, and for those who understand his philosophy, they convey something about his brilliant life.

The central coping of the octagonal pavilion of the Zhongshan Memorial Hall has four decorative double eaves in the front, back, left, and right sides of it. The whole edifice is majestic, solemn and rich in Chinese culture. Inside the memorial hall, there are tall, straight pillars. Life-like cranes are on them, and they help to present a magnificent scene.

Around the memorial hall, there are yellow walls and red pillars and decorations of blue glazed tiles that shine in the sun. They impart resplendence and solemnity. In back of the memorial, there is the Zhongshan Monument. The monument is so remarkable and stately that it seems to go clean through to the sky.

The auditorium inside the memorial hall has a huge domed roof that is made of glass. There are no supporting pillars to impair the view, and it is designed to dampen echoes. It is an outstanding, famous building.

Taxi: From the Tianhe area, it is much easier and quicker to just take a taxi (10 minutes, 6 USD).

Tickets: 10 RMB regular ticket. You can get a combo ticket that allows you to visit two of Guangzhou's greatest history museums: the Guangzhou Museum and the Museum of the Western Han Dynasty Mausoleum of the Nanyue King. Both of these near the memorial in Yuexiu Park.

We could escort you on a day tour of the three museums and provide the private drivers who will wait for you and the tour guides who can help to explain the history of the Guangzhou area and of Sun Yat-sen's life and legacy. We can arrange the tickets for you and pick you up at your hotel or residence.

Private drivers and vehicles are convenient for getting around Guangzhou and the Pearl River region.

We can help you arrange a trip to see the memorial and perhaps see more of Yuexiu Park if you want. We give private tours, and you can specify what you'd like to do in the region.

We can provide private drivers and arrange tickets, etc. We specialize in tailor-making tours of China to our customers’ requirements.

See our Guangzhou tours, or contact us to design your own. Tell us what you want to do, and get an answer within 24 hours.

Essence of Guangzhou and Shenzhen Tour 4-day Guangzhou, Shenzhen View more
Start planning your tailor-made China tour by contacting ​one of our specialists... Create My Trip