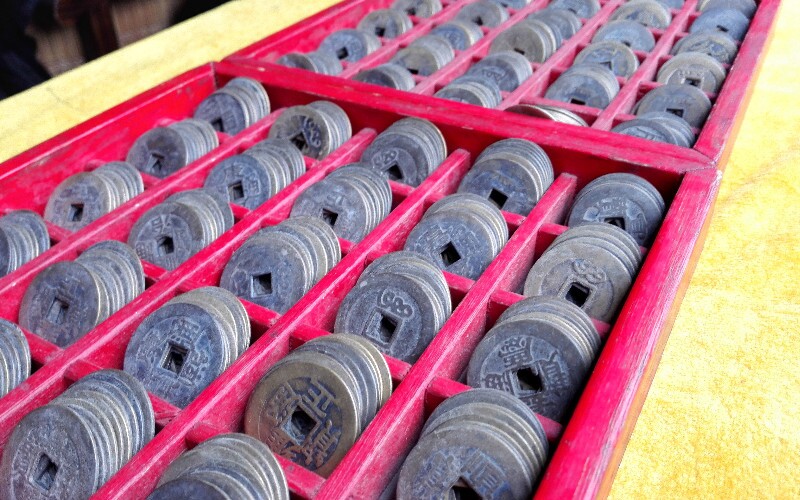 The Counter of Rishengchang Bank

Rishengchang Bank was the earliest bank in China. It was established in 1823, in the Qing Dynasty.

It now serves as a museum showing the wisdom of Chinese people in finance at a time when all book-keeping was on paper, and the only calculating technology was the abacus.

Rishengchang Bank is in Pingyao County, Shanxi Province, Central North China, in between the imperial capitals of Beijng and Xi’an.

The annual exchange amount of Rishengchang reached 38 million taels (1,900 tonnes) of silver, at its peak in the nineteenth century.

In the nineteenth century, Rishengchang Bank controlled almost half of the Chinese economy. Its branches were widespread throughout China's big cities and capital, Beijing.

Why Rishengchang Bank Was Set Up

A carved window in Rishengchang Bank

In order to improve the security of financial dealings, a rich merchant and his general manager Lei Futai established Rishengchang Bank in 1823. Its establishment greatly promoted the growth of China’s economy in the Qing Dynasty (1644–1912). In imperial China, merchants had to pay a Security Guard Company to transfer silver and gold from one place to another for their business needs. Sometimes, this method was not safe, and it caused many problems.

Highlights You Should Not Miss

Rishengchang Bank is now a museum, and in 2006 was included on the List of Major National Historical and Cultural Sites.

The underground vault is open to the public and it attracts the most tourists. The vault is capable of accommodating ten thousand taels (500 kg) of silver and gold. Visitors can see displays of account books, abacuses, and bank operating procedures.

The building followed the traditional style, having three halls and two enclosed open courtyards. Wire netting surrounded the courtyard and bells were fixed on the roofs for security.

Cost: The entrance ticket is 10 yuan per person.

If you are not interested in history, you might find Rishengchang Bank is not particularly special, or even boring.

Tour guides are important to get the most out of visiting Rishengchang Bank.

The courtyard of Rishengchang Bank

If you are planning a tour to Pingyao Ancient City, you shouldn't miss Rishengchang Bank. Travelling with a professional guide is very helpful if you want to learn some background information while you visit Rishengchang Bank.

Here are our most popular tours including Rishengchang Bank:

Are the above tours not suitable for you? Just let us know your interests and requirements, and we will be glad to design a tour for you .