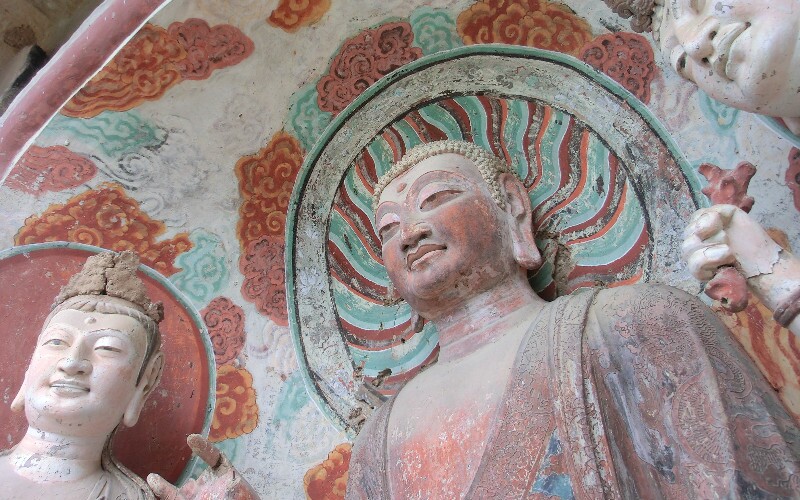 Tianshui has numerous historic sites, and picturesque landscapes of green mountains and clean rivers, which are rare in Gansu Province. Tianshui is the only way to pass along the ancient Silk Road, which leads to precious historic sites to the city, such as Mount Maiji Grottoes, Fuxi Temple, and Daxiangshan Grottoes. Wushan Water Curtain Caves is the best destination for appreciating natural landscapes. If you intend to travel to Tianshui or Gansu, have us tailor-make your own Tianshui tour by contacting us.

Maiji Mountain is 150 meters tall, and it was named for its shape - like that of a pile of wheat. According to historical records, the Maiji Grottoes were excavated during the Hou Qin Dynasty of the Sixteen K..

Fuxi Temple is also named Taihao Palace, and it is also known as Renzhong Temple. After the ninth renovation and expansion in Emperor Guangxu's reign during the Qing Dynasty, it covered an area of 13,000 squa..

Location The Water Curtain Cave is a natural cave about 50 meters high and 30 meters wide and 30 meters deep. During the rainy season, water flows over a fall like a jade bead curtain. In the cave there ar..