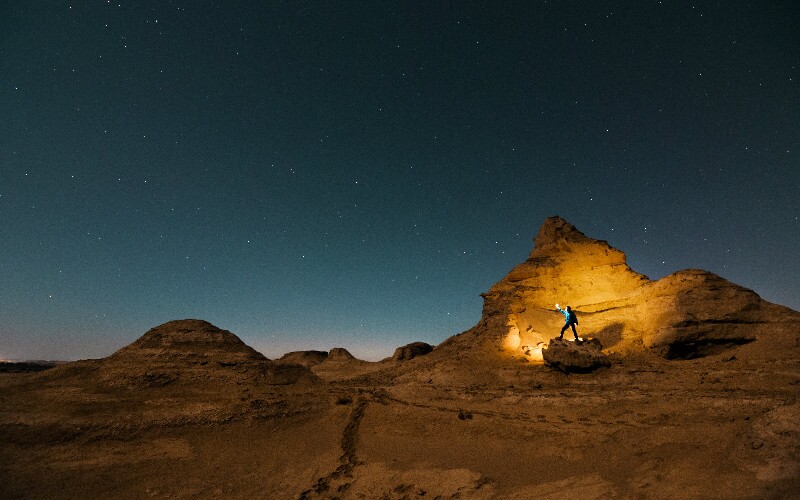 The Mogao Caves in Dunhuang

Gansu Province has been important in Chinese history as the main northern passage to the outside world, and the Silk Road and the Yellow River runs through it.

There, you can also learn about religious cultures (Buddhist and Muslim) and experience the life and atmosphere of a Tibetan area.

More and more people are coming to discover Gansu’s charm.

Gansu Province is located in the center of northern China east of Xinjiang with Shaanxi to the east, Qinghai and Sichuan to the south, and Inner Mongolia and Ningxia to the north.

It is a long handle-shaped province with its capital, Lanzhou, on the Yellow River. The Yellow River bisects the eastern half of the province.

The most prominent geographical feature of Gansu Province is the Gansu Corridor (also called the Hexi Corridor). It is a wide and long area of lowland about a thousand kilometers long between mountains and plateaus. Whoever controlled it controlled easy access to the Far East, the trade, and the military movements.

The huge long basin between the long mountain chains  made the Silk Road possible. It was the easiest way to travel from eastern to western China. It was the main travel corridor that connected the eastern empires and states to the West, and it is the main reason that the historical travel highlights were built.

Most Popular Cities and Attractions

As an important province on the Silk Road, Gansu has many historical and cultural attractions where you can feel the charm of ancient China.

Located at the intersection of the Loess Plateau, the Qinghai-Tibet Plateau and the Inner Mongolia Plateau, Gansu enjoys diverse landforms such as grasslands, deserts, and, most notably, its unique Danxia landforms.

Jixian Lin, a famous Chinese writer once described Dunhuang in this way: “In the world, there are only four cultural systems with a long history, independent systems, and far-reaching influence: China, India, Greece, and Islam. And there is only one place to gather these four cultural systems — that is Dunhuang”.

Located in the far northwest of Gansu, Dunhuang is famous for its grottoes and frescoes. It is a famous city of historic and cultural interests. Its long history has bequeathed its unique culture.

2. Zhangye — a Color Palette in the Desert

Zhangye is located in the middle of Gansu, where Gansu is narrowest. It features unique and beautiful natural landscapes, with a 50-square-kilometer (19-square-mile) area of celebrated Danxia landforms, typified by orangey-red cliffs and rainbow ridges.

Zhangye appears to be one of the filming locations of Disney’s Mulan. In the official trailer, at 1 minute 56 seconds, when Mulan is riding across a colorful mountain ridge, that mountainous landscape is very likely to be Zhangye Danxia National Geological Park.

Jiayuguan is in the northwest of Gansu. It was the western starting point of the Great Wall in the Ming Dynasty (1368–1644). In medieval times, the empire ended not far outside Jiayuguan where the “boundless Gobi Desert” stretched to unknown lands.

Tibetan Autonomous Prefecture of Gannan is located in the southwest of Gansu. There are vast grasslands, national nature reserves and Tibetan temples. There you can experience Tibetan culture and enjoy the typical Tibetan plateau scenery without the risk of altitude sickness.

Other Notable Gansu Cities and Towns

Grassland's scenery in Gansu in summer

May to October is the best time to visit Gansu. The weather in late spring and early autumn is comfortable. In summer, the grasslands of Gannan are at their best with thick green grass.

Much of Gansu Province is desert land, and precipitation throughout most of the province is meager. Sun protection and hydration are important, especially when traveling in summer.

How to Get to Gansu

There are two main ways to get to Gansu — by air and by train. We recommend flying. Lanzhou is the main transportation hub of Gansu.

There are bullet trains from Xi’an to Lanzhou and Zhangye, taking about 3½ hours and 7½ hours respectively.

The ancestors of the Qin State settled in Tianshui area in Gansu during the Zhou Dynasty (1029–771 BC), and they spread out to the central Shaanxi plain. After Emperor Qin (259–210 BC) unified the whole country, the Qin Great Wall from Lintao (a county in Gansu) in the west to north Shaanxi in the east was built.

After the Qin Empire fell, the Han Empire tied itself into the Silk Road trade that was already flourishing at this time in Central Asia, India, and western Asia. So, silk as well as many other Han trade products were carried westwards, and the Han Empire flourished. They built the Han Great Wall all the way to Dunhuang and Jiayuguan.

After the Han Empire fell, the Sui Dynasty (518–618) took over the Gansu Corridor. Gansu's importance grew in the Tang Dynasty (618–907). When they fell, the Western Xia Empire refused to submit to the Song Empire, and for 200 years, they fought off attacks by the Song and then the Mongols and controlled the Gansu Corridor. Historians believed that they had advanced weaponry and architecture for their times and their own writing system.

When Genghis Khan rose to power to become the main Mongol leader, he repeatedly attacked the Western Xia Empire from 1202 to 1227.

The Western Xia defended themselves fiercely, and in 1227 Genghis Khan himself died during one of these attacks on the Western Xia. The Mongols however conquered and destroyed the empire.

Gansu was first established as a province in the Yuan Dynasty (1206–1368). During the Yuan Empire, Silk Road trade reached the historical height since most of Eurasia was controlled by them and they promoted the trade.

Gansu cuisine features roasting, steaming, and braising beef or mutton as well as noodles with a preference for salty and spicy flavors.

Discover Gansu with Us

Gansu is a popular destination for natural landscapes, desert scenery, and Silk Road experiences. Travel with us to enjoy the highlights of Gansu.

See our popular Gansu tours for inspiration or you could contact us with ideas for your ideal custom-designed Gansu tour.