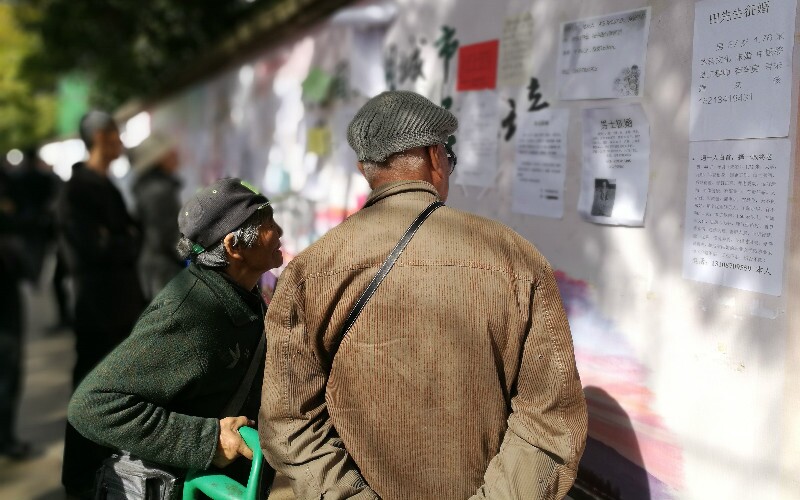 If going to a People’s Park is part of your tour in China, don’t write it off before you’ve been. There is no better way to see all things Chinese — park life in China is thriving. Tea ceremonies are performed by young gymnasts with three foot long spouts on their tea pots. There are people dressed in elaborate national costume (or, in Guilin, the chance to have your photo taken in a minority national costume, or holding a pair of fishing cormorants), exercise classes, martial arts displays and a social hub to meet and greet friends.

Among the strangest things you will see in parks are "the men in white coats".

Now in the UK if someone says “the men in white coats are coming to get you”, it means that you have gone round the bend, and they are coming to take you to a mental hospital. In China, the men in white coats will clean your ears out for you — in public, with people watching! I can’t think of anything worse, seeing someone’s earwax is enough to put you off your cuppa.

I suppose the white coats are supposed to make you think of them as doctors. They “drum” up business by clanging their instruments together. Forgive the ear humour. I worry that I have never seen any of them clean these instruments afterwards, although I have been told it is good to get it done. I never plucked up the courage myself. Dancing in a Chinese Park

We saw a group of over 70’s doing Tai Chi moves I could only contemplate in my dreams, then, next to these were some oldies doing an elegant red fan dance. We watched them for 1/2 hour; none of them even looked out of breath.

Opera arias mix blend with ancient classical music played on one string violin looking instruments, mixed with “Little Apple” line dancing, and then noise from weapons used by ladies I can only assume were rehearsing for a show. They were sword fighting one another! When they finished, one folded her sword up into her handbag, another slid the sword along the footplate of her moped where she had a scabbard; that could only happen in China!

This was in Chengdu’s People’s Park, it honestly feels like you are inside a giant circus tent, watching the warm up to a fabulous performance. If you have a free day you can spend half of it in the People’s park Chengdu, and then half in the Jinli old/ancient street, a massive, bustling food and craft market.

I continue to find park life fascinating, despite the toilet dragon we met in a Yunnan, Green Lake Park, who kept shouting at us, until we realised she wanted money to use the toilet; a 2 jiao coin, which made us laugh, as on converting it, it meant that it was 2p ("to pee”!).

Drawing the Line at Marriage Markets

Parks are where you can see all life, and some of the strangest things... Parents advertise their unmarried children on placards in some parks in the hope of finding them a life partner.

Mind you, if I was ever single again and my mum decided to advertise for a husband for me, putting a placard up in our local park, I would almost die of embarrassment.

Why are China's parks so well used? The biggest reason for the vast and varied use of the public parks is that they are FREE, for everyone (about half the parks, those with tourist attractions, are pay to enter). Whereas in England, we use our pubs for most of our socialising. The downside being that our socialising involves sitting down, and drinking alcohol; neither of which is good for you.

The Lack of Private Chinese Gardens

The main reason Chinese parks are so busy is the high population, accommodation doesn’t include a garden, so the parks are treated like people’s gardens. The government maintains them, leading to employment for some, while the average working person doesn’t use their leisure time mowing and weeding like we do in Europe.

Popular With the Disabled

On our three visits to China we rarely saw people in wheelchairs out and about, but when we did, it was mainly in parks. Although lots of parks have gazebos or temples up on the hills, there is always some of the park that’s flat and accessible.

What could be better than getting fit for free in the fresh air? Is it a cultural thing that Chinese people are fine with using the equipment provided in parks, but we English would sooner pay £200 for indoor gym membership in January, and not even using it by February?

Why do we not use our Parks like this?

We have parks like this all over England, but unless the sun’s out, you have kids or a dog to walk, it is almost considered wrong, bordering on perverted, to be hanging out in parks. We certainly don’t use them to their full potential like the Chinese do.

Then there’s the poor British weather and currently parks are not “trendy”. Only parks with big religious communities, like Jewish people, utilise them fully, on holy rest days. Tai Chi in a Chinese park

I am surprised that the Chinese are enjoying the exhibitionism of dancing or singing to a public they don’t know. We found they really appreciated your applause, but if you joined in, that really made their day. Go on, get rid of your inhibitions for 10 minutes, it’s quite liberating.

If you'd like to experience some of China's park life in your trip to China. Many of our tours have this opportunity built in, or you could let us now what you want to do and we will build a tour for you — our consultancy is free.

We have plenty more on parks. See our attraction pages for any cities you are interested in, like Beijing Attractions, and these articles: Our "free things to do" articles cover parks too: