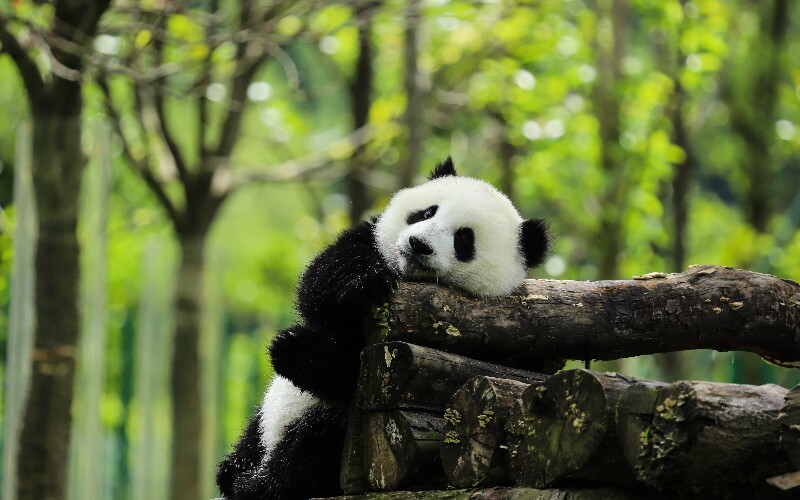 Sichuan Travel Guide - How to Plan a Trip to Sichuan

Sichuan Province has abundant tourism resources, ranging from adorable pandas to breathtaking natural scenery, from hydraulic engineering systems dating back to ancient times and common residences in old towns to the former dwellings of celebrities, from Daoist to Buddhist temples, from rock carvings and murals to modern art museums, and from prehistoric ruins to modern constructions. This province has everything you can think of to discover.

Where Sichuan Is Located

Sichuan (abbrev: Chuan or Shu): it is in southwest China ranking the fifth largest province in the nation. The entire province has a 1,075 kilometers’ length from west to east and a 921 kilometers’ width from north to south, which embraces an area of 484,100 square kilometers.

Geographically, the province is part of the Qinghai-Tibet Plateau in the west and basin in the east. The Yangtze River runs through the basin and thus is upstream to the areas of eastern China. It is bordered by Qinghai, Gansu, Shaanxi, Guizhou, Yunnan, Chongqing municipality and the Tibet Autonomous Region.

With an approximate population of 87million, the land is mainly occupied by the Han majority, the Yi minority, the Tibetan minority, the Hui Minority and the Qiang minority.

Sichuan has 18 cities and three autonomous prefectures. Here, we have listed the most popular tourist destinations for you:

Sichuan is a large province and each city has many attractions. Here, we have handpicked the must-see attractions in Sichuan:

Sichuan is a big province — it’s about the size of Spain or California. Three major geographical regions lead to different weather conditions.

Eastern Sichuan’s lowlands have a relatively pleasant climate for touring all year round. The best times to visit the area are spring and autumn. Most cities in Sichuan are located in this area, such as Chengdu and Leshan.

Western Sichuan’s high plateau has a long winter and a cold summer but with lots of sunshine. The best time to visit this area is in summer. The representative areas are Kangding, Ganzi, and Daocheng.

Southern Sichuan’s mountains have a changeable climate, which depends on the altitude.

Check out our article about Sichuan Weather.

Sichuan's spicy cuisine, one of the eight famous cuisines in China, is renowned worldwide for being hot and numbing. Sichuan lies in a mountainous region with a humid climate.

According to historical records, the cuisine originated in the ancient nations of Ba and Shu. Sichuan comes from "Four Lus" — Lu is the ancient administrative unit of Song Dynasty, and Sichuan is composed of four lus.

So the Cuisine has four styles and divided by location: Chengdu, Chongqing, the Yangtze and the Jialing River. So the flavor includes Chongqing, Chengdu, Leshan, Neijiang, Zigong and other local-style dishes' characteristics.

It doesn’t matter if you cannot eat spicy food. Your guide will help arrange meals for you according to your dietary habits.

In a Sichuan opera performance, as the plot changes and the inner world of the characters change, the facial makeup changes accordingly. Multiple (layered) masks worn by the actors can be changed at lightning speed.

A photographer once tried to capture the secret behind this by turning up the shutter speed on his camera to maximum but had to admit that the actor's face changes happened so quickly that even his camera was unable to follow the action.

Playing mahjong is the major form of entertainment for Sichuan people. When you visit Sichuan, you will see people playing mahjong everywhere — in the street, in the park…

In mahjong, there are 144 small rectangular tiles, which are usually made of bamboo, bone, or plastic with different patterns on them.

Four players have 34 unknown tiles. They take new tiles and discard useless tiles one by one in turn. People who organize the right arrangement first win the game.

If you are interested in playing mahjong, your local guide can teach you how to play it and you can play with the locals during your tour.

Sichuan has a developed transportation network centering on Chengdu. It is reachable by air, bullet train, and road.

Sichuan Province has a region of high mountains in the southwest, a high plateau in the northwest, and a lowland region in the eastern part of the province, spanning the Qinghai–Tibet Plateau, the Hengduan Mountains, the Yunnan–Guizhou Plateau, the Qinba Mountains, and the Sichuan Basin.

Mountains, plateaus, and hills account for about 97.46% of the province's land area. The highest point is Mount Gongga in the west, which has an altitude of 7,556 meters.

The eastern lowlands are more arid than the higher regions. But it is cloudier. Chengdu, the capital of Sichuan Province lies in the lowlands, and some people say that it is even cloudier than London.

The navigable Yangtze River runs through the basin and flows into eastern China. At the boundary of the mountainous and lowland region about 50 kilometers from Chengdu, the Dujiangyan Irrigation Project was constructed more than 2,200 years ago to supply water to the drier lowlands around Chengdu.

In the southwest is the Minshan Mountain range that is an eastern extension of the Himalayas. The mountains are very tall, and many are over 5,000 meters (about 16,400 feet) high so they have a range of ecological zones, glaciers and snowcapped peaks.

There are nature reserves preserving many endangered plant and animals. The scenery is breath-taking. In particular, Huanglong Reserve and Jiuzhaigou Reserve are famous for streams, high peaks, forests, hot springs and beautiful travertine colored pools.

Many people who have travelled widely say that they are the most beautiful places they have ever been in. Check out a trip to Western Sichuan.

A gigantic mask in Sanxingdui Ruins

Two archaeological sites have been uncovered so far. The Sanxingdui site was discovered about 45 kilometers northwest of Chengdu in 1987. The Jinsha site was only discovered in 2001 in Chengdu’s western suburb.

The artifacts found at these sites, especially the unusually large bronze objects found in the remains of a Shu city at the Sanxingdui archaeological site astounded archaeologists.

Explore Sichuan with us!