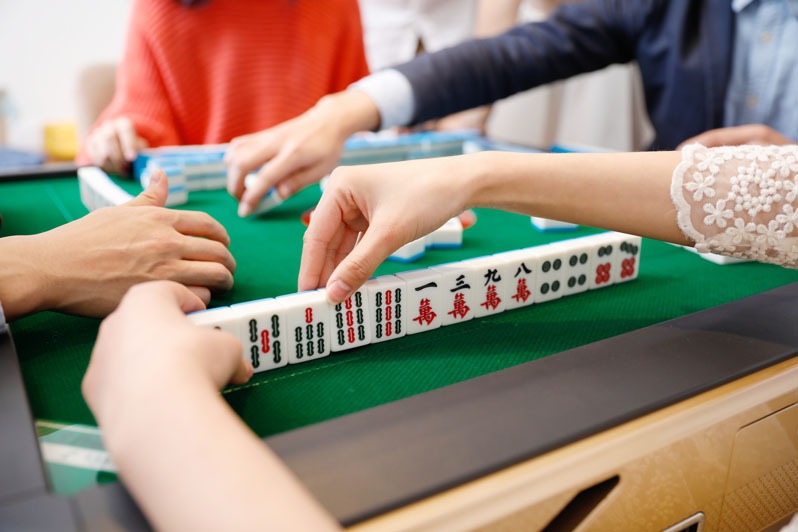 Chinese New Year games include traditional Chinese strategy and gambling games like Majiang and Chinese Poker,  which can be played in groups, as well as other year-round popular games that can be enjoyed for longer in the 7-day+ Spring Festival holiday free time.

The Chinese culture has always been fond of games and group activities, and almost no family or group gathering will be complete without a little added fun. This is especially evident during the Chinese New Year celebrations. As many family members normally stay together for a few days under one roof (or even in the same room), one of the most common ways to pass the time and feel the festivity, is to play Chinese New Year games. 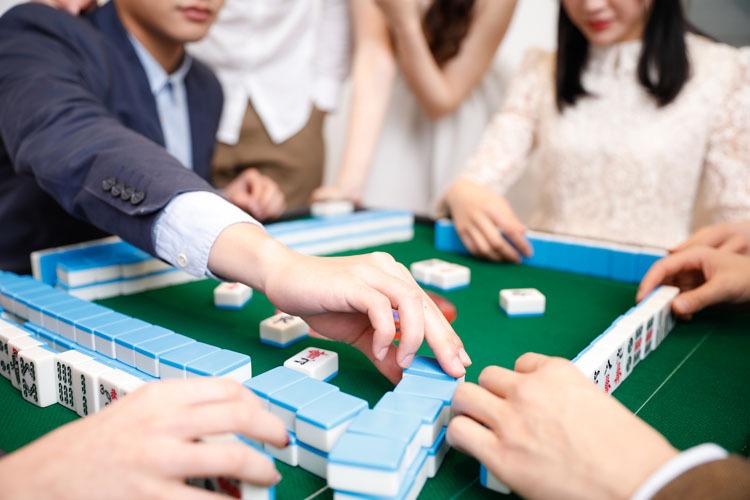 The most popular Chinese New Year game, without a doubt, is Majiang (Mah Jong).

The traditional Chinese game is played using tiles, and resembles the western game 'Rummy'. The game is usually played in groups of 4, and involves quite complex strategic and mathematic abilities, and is astounding to see Chinese people of all ages and generations play it quickly and effortlessly with a unique sleight of hand.

Many elderly homes are likely to have a Majiang table, or even dedicate a whole room to it, as it may be one of their most beloved leisure activities, and is not strictly a Spring Festival game, but a year-long hobby. Majiang is not an easy game to learn, and besides the quite complex strategy needed to play well, a pretty good understanding of Chinese characters will also be required as some tiles are labelled with them. 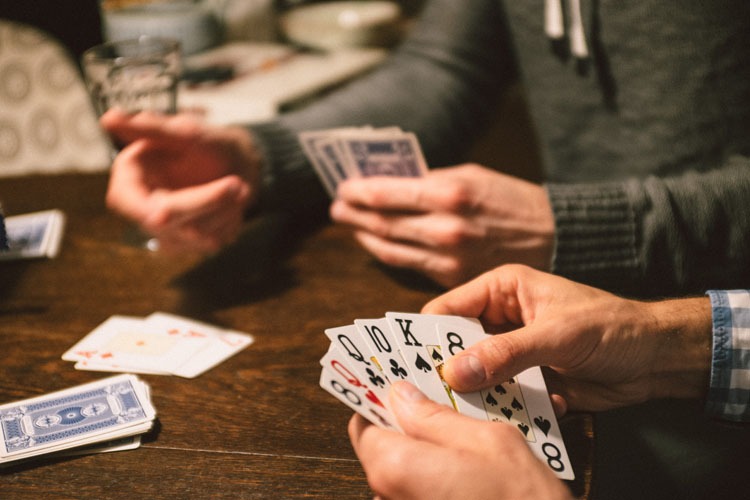 The second most popular game, that surely almost any Chinese can play, is known as Dou Dizhu, or 'Fight the Landlord' in English, and is a card game that in the modern day is commonly played with standard poker-card decks.

The fast-paced game is often referred to as the "Chinese poker", and is usually played in groups of three, and sometimes more. This game also has dozens of rule variations and playing styles depending on region. It is often said that the game is 'easy to learn but hard to master', and this may be a huge understatement, as the game requires extraordinary strategy just to even get through a few rounds.

As the game is very fast-paced, it creates an exciting, loud, and tense atmosphere, making it an ideal Chinese New Year game!

A rummy-like game played with long cards with Chinese number characters on them is frequently played in rural areas in the south of China.

It is important to note that although the games mentioned above are essentially "gambling games", similar in style to poker, gambling is prohibited in the majority of Mainland China.

Of course, if playing at home with friends or family, using cash money or giving hongbao (red envelopes with money in) electronically using smartphones will normally be involved in the game without any issues. If playing such games outside, or in public 'game-room' settings, it is advised to exercise caution and avoid playing with money.

Having said that, culturally speaking; gambling has been loved by Chinese people for centuries and is why many traditional Chinese games are designed around the practice.

For people who really love gambling, both Hong Kong and Macau, the 'gambling capital' of Asia, serve as ideal places to go and let loose, and win (or lose) some cash! It just so happens that the Chinese New Year is also the time of Hong Kong's horse-racing 'Chinese New Year Cup', the most famous and popular event of the horse-racing season in Hong Kong.

Chinese chess is played a lot at Chinese New Year... as always among the usual partakers (particularly retired men).

Chinese tradition has always included many activities related to fortune-telling and other superstitious practices, and this also takes form in card-reading.

Some Chinese New Year games involving cards, are meant and designed to predict the players' fortune in the coming year. Particularly during the Spring Festival, it is common for parents or grand parents to "read" the fortunes of their children using playing cards, and there are many different ways in which cards can be arranged in order to "predict" good or bad fortune in particular months of the new year.

In more religious families, these fortune-tellings could even play a role in deciding the best times to do certain things throughout the year, such as traveling, moving house, changing job, or buying a car.

Check how to read palm lines 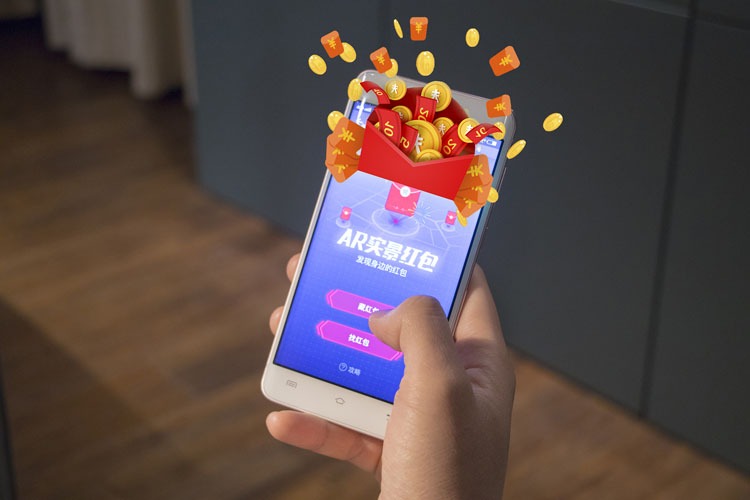 In the last decade or so, a new Spring Festival 'game' has been occupying many people, particularly children and young adults, throughout the holiday...

As customary during the Chinese New Year, people often give hongbao, or 'red packets' with money, to friends and family. In the modern age of technology, these red packets can be easily sent to one another through messaging applications on smartphones (mostly WeChat).

As these messaging apps usually would have various 'group chats' with many people inside, if someone were to send a 'red packet' (of an unknown amount prior to opening) to the group, then all members have a chance to open the packet, and be given a random share of the total sum that was sent.

As most people would probably have several different group chats on their phone (for work, family, friends, etc.), it is likely to see many red packets being sent at random throughout the week. Normally, the first few people to open these, would get a bigger amount, so being quick to open is key. Because of this, it is common to see people quickly racing to check their phones at the sound of a message-alert, to get as many Hongbao's as possible, and beat their family and friends to the biggest prize!

For generations, various types of card and tile games have been a beloved pastime for Chinese people, and until today remain a main occupying activity for many elders. It is very common to see older people sitting in groups around city parks or squares and playing complex strategy card-games.

Younger generations also participate in the occasional 'game-night', and it is easy to find many game-rooms around cities where people of all ages spend an evening playing card games.

Chinese New Year is perhaps the one time each year when everyone puts their skills to the test, and the younger generations typically try to beat the elders who are generally very proficient at such games due to their high frequency of playing.

Youngsters (mostly boys) off school play computer games (or Internet gaming) and their own versions of cards (Pokemon etc.) or stone games like "five in a row"... and the more athletic ones play basketball etc., but they're hardly traditional CNY games. Skipping games and cat's cradle are traditional games that are more popular among girls in China. 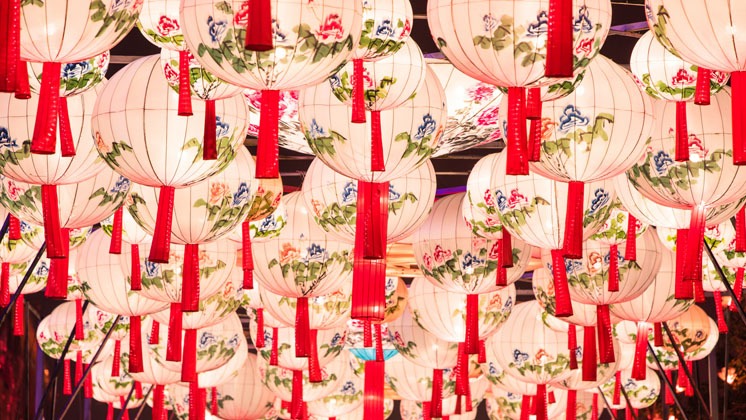 Lantern Festival on Chineses New Year day 15 is traditionally the last day of Spring Festival, though nowadays most people return to work a week before.

A popular game during this festival when visiting a place is solving riddles affixed to brightly colored (mostly red) lanterns that are hung up everywhere in abundance.