Most Beautiful Ancient Towns in China

Ancient towns are usually represented as ideal places of interest for day-trippers in search of Chinese culture and photogenic streets. In China, many ancient towns are rich in history and have unique architecture.

We have singled out China’s most beautiful ancient towns to help you have a better insight into choosing your alternatives when in China. The towns have been grouped by location from north to south China.

Pingyao (平遥): Pingyao in Shaanxi Province is a well-preserved Ming Dynasty town. Today, the city is another tourist attraction that features old buildings, flagstone streets, and the traditional living lifestyle.

One notable location with beautiful scenery is the Mianshan Mountain. In Mianshan mountain, there are cultural and religious relics. Also, it is the birthplace of the Qingming festival.

Jingsheng Ancient Town (静升古镇): Jingsheng is an ancient city in Shanxi Province. It is located about 12 kilometers from Lingshi county. Many tourists flock the town to see temples, country houses, the Wenbi Pagoda, and also learn traditional Chinese culture. The Mianshan Mountain (绵山), which is a notable landmark feature in the province, presents a beautiful backdrop to the old town.

Arctic Village (北极村): This small village is located in the far northwest of Heilongjiang, China. It often seems a place in another world. Also, it is famous for the premiere vantage point to view the arctic lights.

There are two types of ancient town that have earned renown in the East China region: the water towns of the Yangtze Delta area and the villages at the foot of the Yellow Mountains. Qibao Ancient Town (七宝古镇): This town is a picture of old Shanghai. There is an ancient temple, old workshops, and stores. The small town is an excellent place to explore Shanghai's rich past. When traveling there, watch out for the authentic flavours.

Zhujiajiao Ancient Town (朱家角古镇): Zhujiajiao is one of the many water towns in Shanghai. There are ancient buildings along the river and many well-preserved bridges for you to see.

Tongli Ancient Town (同里古镇): A short drive from Suzhou, Tongli offers a step back in time. Crisscrossed by rivers and canals, Tongli has 49 stone bridges and many gardens, temples. Continue to read the top 10 ancient water towns near Shanghai.

Zhouzhuang Ancient Town (周庄古镇): Zhouzhuang is an attractive destination known to many as the "Venice of the East." This village not only has a deep cultural background but features crisscrossing canals, ancient bridges, and well-preserved buildings that were built over the rivers.

Luzhi Ancient Town (甪直镇: Luzhi is a town of historical air. Generations of scholars, officials, and archaeologists have visited this town and left their endless traces here. The serene and tranquil waterways describe the environment in Luzhi town. You will find ancient buildings, bridges, Temple, tomb, and memorial halls.

Wuzhen water town (乌镇水乡): Wuzhen is renowned as " the home to celebrities" It has nurtured generations of predominant scholars, government officials, brilliant politicians, etc. The town is divided into six traditional districts for visitors to tour.

Shaoxing (绍兴): Shaoxing is another water town situated in the south of the Yangtze River Delta. It is approximately 65 kilometers from Hangzhou, Zhejiang, China, when using the S2 and G92 road, and 198 kilometers south of Shanghai via G15W and G60 road.

Shaoxing has multi-shaped ancient bridges built with stones, old buildings lining along the canals, and small boats rowing on the river. Also, you will find temples and museums in the town. 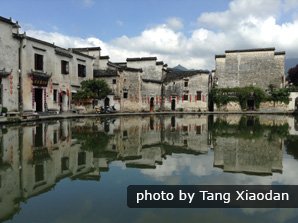 Hongcun Village (宏村): Hongcun has an elaborate web of gravel lanes and an intricate watering system through which water from the outside pool can be directed to every family.

Xidi Ancient Village (西递古村落): At the south foot of the Yellow Mountain, the old trading town of Xidi is a gem of the glorious Hui culture. Xidi is now a village rich in history with ancient wooden residences and attractive carvings forming key tourist attractions. Pingle Ancient Town (平乐古镇): Pingle town was built over 2,000 years ago to serve as a lively trade market along the South Silk Road. Located about 56 km northwest of Chengdu, China.

The town is known for its historical and cultural background. When you visit Pingle, you will see ancient temples, old banyan trees, traditional paper workshops, and the ancient post road.

Continue to read about Pingle on The Best 6 Ancient Towns around Chengdu.

Ciqikou Ancient Town (磁器口古镇): Located on a hill and overlooking the Jialingjiang River, Ciqikou is a Ming Dynasty town. Ciqikou has remained to be a symbol of old Chongqing, where tourists can shop gifts made of porcelain and handiwork.

Qingmuchuan Ancient Town (青木川古镇): The town was known for its strategic importance and trade background. Natives used to pass through the city as it was an important route. Today, you will find natural but rare plant species mineral resources and some of China's endangered animal species.

Qingmuchuan old town is a beautiful and well-preserved ancient town in Shaanxi Province. Qingmuchuan is approximately 400 km from Xi'an or Chengdu in an isolated location in the Tibetan foothills. Tourists can enjoy visiting the Huilongchang old street, where there are ancient buildings. 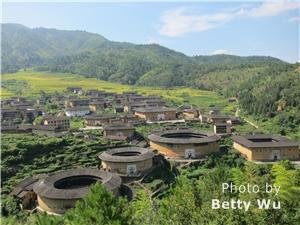 Yongding (永定): Yongding in Fujian Province is known for its unusual architecture called Tulou (earth building). These large, circular edifices were built by the Hakka, one ethnic group in China. The architectural art of Tulou enjoys great admiration among architects worldwide.

Fenghuang Ancient Town (凤凰古镇): You will also notice its other name, "Phoenix Ancient Town." Fenghuang has a history that dates hundreds of years. You are advised to visit the town between July and September to see ancestral temples, ancient buildings, and to tour the Tou Jiang River when the weather is pleasant. Fenghuang is near Zhangjiajie in Hunan Province.

Furong Ancient Town (芙蓉古镇): Furong in Yongshun County, Xiangxi Prefecture, Hunan, dates back 2,000 years ago when it was known as Wangcun village (an ancient flower species). The town is scenically located on the cliffs of the river Youshi. You can see the 62-meter-high waterfalls and learn about Chinese culture once you visit the city. It is also best accessed via Zhangjiajie.

Lijiang (丽江): Lijiang is another UNESCO World Heritage Site. The aged wooden buildings decked with hanging red lanterns and local musicians playing the centuries-old Naxi instruments in the time-worn streets display a lifestyle and culture that seems lost in time. It is a popular tourist town in western Yunnan Province.

Heshun Town (和顺镇): Another ancient town that is built using rare architecture, Heshun, has quadrangle courts and old buildings. When you visit the city, you will see ancient trees and the library of Heshun. It is in the remote southwest of Yunnan, about 300 km from Dali.

Start Your Wonderful Chinese Ancient Towns Tour with Us 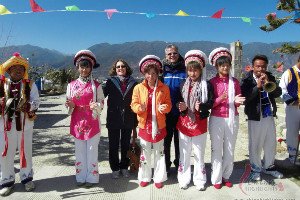 We provide many alternatives for discovering China's old cities. Here are some recommended tour ideas for your inspiration.