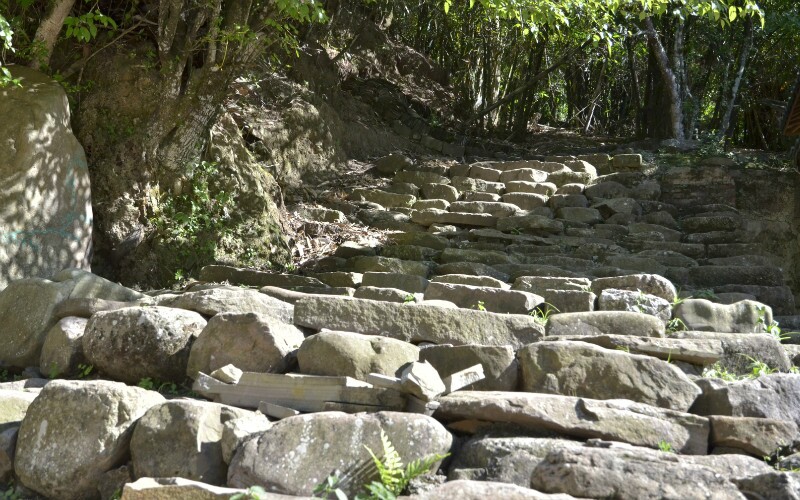 The ancient Tea-Horse Road was a network of caravan paths winding through the mountains of southwest China. It was used as a commercial passage for transporting tea, salt and other commodities. Sometimes Chinese tea would be exchanged for Tibetan ponies. Historically, the ancient Tea-Horse Road was almost the same as the western frontier of China. 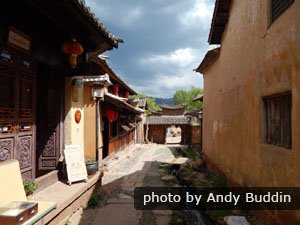 Shaxi, an ancient town on the Tea-Horse Road in Yunnan

Chinese tea was first produced in Sichuan Province. As early as 2,000 years ago, during the Western Han dynasty (206 BC-24 AD), tea was being traded. Chinese businessmen often bartered local products, such as tea for yaks, with Tibetan people who lived beyond the Dadu River. The trade road at the time was called Yak Road, the original ancient Tea-Horse Road.

The custom of drinking tea, however, had not yet developed widely in China and instead, tea was used as a valuable component of certain medical treatments. It was therefore not very commonly used by Tibetans. Consequently, tea was sold only in limited quantities to Tibetan areas during early ancient times.

During the Tang dynasty (618-907 AD), the Tibetan Tobo regime thrived in the Qinghai-Tibet Plateau, absorbing a great deal of the advanced culture around it. When Princess Wencheng married Songtsen Gampo (the 33rd Tibetan emperor, in 641 AD) and later, when Princess Jincheng married Me Agtsom (the 36th Tibetan emperor, in 710 AD), tea-drinking was gradually introduced to the Tobo area (now Tibet). At first, however, tea was only served as a precious medical product used by the royal family, not as an ordinary drink. Slowly, it also became popular with the Tibetan upper classes and with monks.

Tea-drinking developed further in the Kaiyuan period (713-741 AD). As contact between the Tobo and the Tang increased, especially as lots of Zen monks from the inland areas went to Tobo to preach, tea-drinking was introduced to more Tibetans.

In the late Tang dynasty, relations between the Tobo and the Tang regimes became stable, friendly and peaceful. Because of the destruction of agriculture in inland areas as a result of the An Lushan Rebellion (755-763 AD), the Tang government needed horses and cows from Tibet to carry textiles and tea. This activated official and private trade between the two regions, and thus a large amount of cheap tea flowed into Tibet, which made it available to ordinary Tibetans. From then on, the custom of tea-drinking, which had already developed in Han areas, grew more popular in the Tibetan area.

Wars broke out frequently during the Five Dynasty period (907-960 AD) and the Song dynasty (960-1279 AD). The central government needed to buy war horses from Tibet and wanted to strengthen political relations with tribes in the Tibetan area through the tea trade. A 'tea-for-horse' trade was thus established, under which transporting tea to Tibet was an important government policy.

This policy guaranteed the sufficient supply of tea to Tibet, promoted the development of tea-drinking among Tibetans, and thus greatly extended the ancient Tea-Horse Road.

During the Yuan dynasty (1271-1368 AD), the Tobo regime was officially controlled by the central government. In order to develop transportation between Tibet and inland areas, the Yuan government set up many stations in the Tibetan region, extending the Sichuan-Tibet Tea-Horse Road considerably.

Ming dynasty (1368-1644 AD) governments attached much importance to the tea supply in the Tibetan region. As a result, a series of tea-laws was made for the region, regulating production, sales, trafficking, price and quality, keeping them under government supervision and control, limiting the sales quantities and inhibiting speculation.

During the Qing dynasty (1644-1911 AD), Sichuan played a more important role in ruling Tibet. Officials and soldiers were mostly dispatched by the Sichuan government, which provided their food and pay. Closer relations helped promote the 'tea-for-horse' trade between Sichuan and Tibet. Moreover, during this period, the trade was not just a 'tea-for-horse' trade, but a comprehensive Han-Tibetan trade in which tea predominated and other local products and goods were also included.

In the 41st year of the Kangxi Emperor's reign (1702), the central government set up the Chaguan (Tea Pass) in Kangding, making it a collection and distribution center for tea transportation to Tibet, and an important center on the ancient Tea-Horse Road.

From 1957 onwards, after the Chinese government had built the Yunnan-Tibet and the Zhong-Xiang motorways, materials and commodities were transported by motorway to Tibet. This ended the outmoded carrying of commercial cargo by man and horse along the ancient Tea-Horse Road.

Back to Introduction to Tea Horse Road