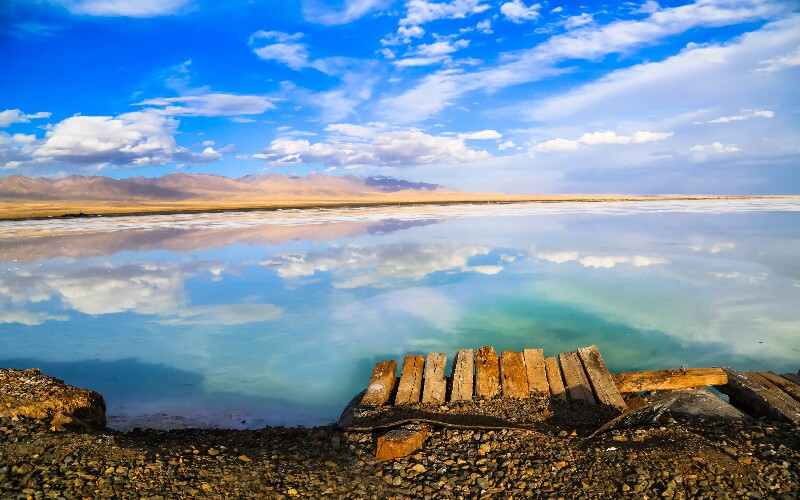 The Qinghai-Tibet Plateau is the highest plateau in the world with an average elevation of around 4,500 meters (14,800 ft). The region is known as 'the roof of the world'. Most of the plateau area is in China's Tibet and Qinghai provinces.

Here is interesting geographical, cultural, altitude, and population information about the Qinghai-Tibet Plateau. Geography of the Tibetan Plateau

The Qinghai-Tibet plateau could be defined as the high altitude area higher than at least 3,000 meters or 9,840 feet, bounded by the Himalayas and other lesser-known mountain ranges in China.

Almost a quarter of the land area of China is the Qinghai-Tibet plateau. Most of the Qinghai-Tibet Plateau is in Tibet, and a part of it is in Qinghai. Not all of Tibet is part of the plateau though since there are lowlands in the southeast at Nyingchi and Shannan. Portions of the plateau area are in Sichuan, Xinjiang, Nepal, India, Pakistan, and Bhutan.

On the north and south, the plateau is bounded by tall mountain chains. In China, the Himalayan mountains form the southern boundary, and on the north side, the Kunlun Mountains and Altyn-Tagh mountains form part of the plateau boundary. In Pakistan, the boundary starts east of the town of Rudok. Two northern districts of Nepal are considered part of this plateau region.

The Geographical Extremes of the World's Highest Plateau What is unique about the 'roof of the world' physically is the mountains, which are the tallest on earth. Mount Everest is 8,848 meters (29,029 ft) tall. Most of it is contained in Tibet and a part in Nepal.

The deepest and longest canyon in the world is Yarlung Tsangpo Grand Canyon. It is about 85 minutes away from Lhasa by car. It is a river valley like a long trench cut into the himalayas leading down to lowlands in the Nyingchi region of Tibet and Bangladesh. The deepest point is 6,009 meters (19,714 feet) deep. It’s deeper than any mountain in the US is tall.

Read more about Trekking to Everest Base Camp

In the map below, you can see that the highest prefectures of the plateau in Tibet are in the north and west. Lhasa Prefecture in the center is substantially lower and Nyingchi the lowest prefecture. The Himalayan Mountain chain is the southern boundary of the vast plateau.

Elevation and Lack of Oxygen Lake Namtso near Lhasa is so high that visitors have to acclimate first before going there.

The elevations are so high it is difficult for some people to visit there. Oxygen is 35% to 40% below that at sea level. Because they were born there and through heredity, Tibetans have more nitrous oxide in their blood than perhaps any other ethnic group. This helps them absorb oxygen more easily than others. Low oxygen makes it difficult for people over 60 and many other people to visit some parts of the plateau such as Ngari in northeastern Tibet because the altitude is high at 4,500 meters (14,800 feet) and facilities are primitive.

So people who wish to travel to higher regions of the plateau should acclimate first lower down. For example, travelers in Tibet could first spend at least 3 days at a place with relatively low altitude such as Lhasa for acclimatization before traveling to a higher altitude. Even Lhasa itself gives almost everyone a case of altitude sickness.

This altitude information for some of the main places in the Tibet. See How to Reduce/Deal With Altitude Sickness in Tibet.

Altitudes of major Tibet places of interest: The cultural and architectural attractions are mainly around the city of Lhasa in a circle around it that includes Shigatse and Gyantse (4,000 meters, 4 or 5 hour drive) southeast of Lhasa and Nagqu (4,500 meters, 5 or 6 hour drive) to the north of Lhasa.

Rivers and Lakes of the Qinghai-Tibet Plateau 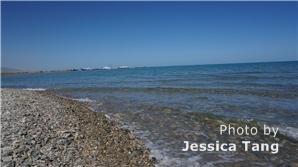 Though it is so dry, since it is the central highlands in Asia, several rivers start there and flow eastwards and southwards. The eastwards flowing rivers are the Yellow River, Yangtze, and Mekong. The southward flowing ones include the Salween, the Indus River in India, and the Irrawaddy River in Burma.

There both freshwater and salt water lakes on the plateau. There are salty lakes in the Qiangtang region in the north part of it. In the far eastern part of the plateau, Qinghai Lake is the largest inland salt water lake in China. It covers an area of 4,573 square kilometers (1,766 square miles). The lake is about 3,260 meters (10,696 ft) above the sea level. Lake Namtso (4,718 meters, 15,420 feet) is a saltwater lake in Tibet and is the biggest in Tibet.

Animals on the Plateau

Most of the plateau is grassland, and some of it is tundra like in the arctic region. Because the region is high and arid, there aren't a lot of big animals. Large animals include wolves, leopards, yaks and other animals. Large birds such as hawks, eagles, and vultures live there.

The Population of the Qinghai-Tibet Plateau Tibetans don't only live in Tibet. They also live in several Chinese provinces west and northwest of Tibet such as Qinghai.

The Tibetan ethnic group became the dominant people group on the plateau since the Tibetan Empire grew to cover the plateau. This empire has a long history.

In ancient times, the ancestors of the present Tibetans lived along the Yaluzangbu (Brahmaputra) River. In the 6th century, the chieftain of the Yarlung tribe conquered several nearby tribes to become king. He was known as Zanpu (king) and established the Po dynasty.

History of the Tibetan Imperial Age and Afterwards

In the early 7th century, Songtsen Gampo (his grandson) unified the whole of Tibet and shifted the capital to Lhasa. This empire was known in Chinese history as the Tupo Kingdom.

Historians think that Tibetan Empire, centered in Lhasa, eventually grew to cover a huge area. The Tibetan Empire at its greatest extent between the 780s and the 790s covered Kashmir and spanned far west of Kashgar, so it included present-day northern Pakistan and areas west of it. In the opening years of the 9th century, the empire included the Tarim Basin of Xinjiang and the Himalayas, and it reached into the provinces of Gansu and Yunnan. The empire fell by civil war in the 840s.

During the Ming Empire period, the Dalai Lamas began to rule the Tibetans. This is when they started to build the Potala Palace in Lhasa to be the palace of the Dalai Lamas and also a fortress in 1645.

Transport on the Qinghai-Tibet Plateau Qinghai-Tibet Railway Map. While you acclimate and rest on the train, you'll see scenic areas by train if conditions and light allow.

Constructing railroads on the plateau is difficult because of the rugged terrain and some areas are permafrost. However, in 2006, a line was built all the way to Lhasa. This was a major achievement: the highest ralway in the world.

Tibetan travel is possible by plane or train, but at times, there are travel restrictions. Most people go to Lhasa by the Qinghai-Tibet train or fly into Lhasa.

The scenery is beautiful, stark, and almost other worldly. Several times, the train goes above 5,000 meters (16,400 feet). The terrain is like few places in the world. See more about Tibet Transportation.

The weather in the plateau depends on the altitude. The area of Lhasa is at an elevation of between 3,550 meters (11,600 feet) and 3,700 meters, and it is pleasant in the summer. In the winters, though temperatures are below freezing, the high altitude makes it feel warmer in the sunshine. However, the weather is harsh at higher altitudes.

At the Ngari region, during daytime in August, the temperature is above 10 degrees Celsius or 50 degrees Fahrenheit, but it may drop to subfreezing at night.

Individualized China Highlights private tours are among the safest ways to tour Tibet. We ensure oxygen is available for your comfort in the vehicles.

If you are interested in visiting Tibet, one of our popular Tibet tour ideas takes the Qinghai-Tibet Train: Tibet Discovery Tour by Train provides a way to relax while you acclimate to the elevation, see the sights, and go to Lhasa.

Having a knowledgeable local guide and interpreter is important (actually mandatory in Tibet). We can arrange all you need, as an approved operator for Tibet tours.

Recommended tours that you can personalize:

Our tours are customizable. We are confdent we can design an itinerary that's perfect for you. Just send us your ideas and questions. Inquiries are free, and receive a response within 24 hours.

Tibet How to Plan a Mount Everest Tour

Tibet Top 8 Things to Do in Tibet