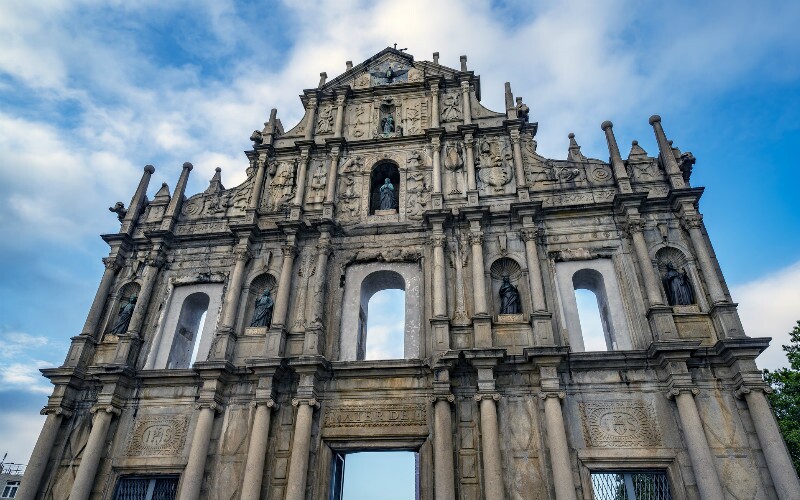 The Top 10 Church Buildings in China

Although it may not be the first thing to pop into mind when you think about China, Christianity has a long history in China. Whether you're interested in churches for religious purposes, or for their architecture and history, China has a lot to offer. We have listed China's most popular churches here.

St. Joseph's Church is located in the middle of Beijing's center: on Wangfujing pedestrianized shopping street. It is also known as the East Cathedral, and is one of the most picturesque church buildings in the entire of China. It is built in the Romanesque Revival style from the early 20th century, and is one of the four churches in the Roman Catholic Archdiocese of Beijing. The current structure was built in 1904, while the original structure was built in 1655. It is the second oldest church in Beijing.

2. Cathedral of the Immaculate Conception

The Cathedral of the Immaculate Conception, also known as Xuanwumen Church, is a historic Roman Catholic Church. It is the oldest church in Beijing as the original foundation was built in 1605, but the current building, which is in the Baroque style, was constructed in 1904. Its bishop is Joseph Li Shan, one of the only bishops associated with both the Chinese Patriotic Catholic Church and the Vatican.

3. Church of the Saviour

The Church of the Saviour, also referred to as the North Church, is located in Xicheng District in Beijing. It was originally established by Jesuits in 1703 near Zhongnanhai (the government buildings on Tian'anmen Square), but then had to move to the right area on emperor's orders, to make space near the Forbidden City for a park. It is also where the Beijing Bishop Office is located.

Hong Kong's St. John's Cathedral is the main Anglican Church building for the archdiocese. It is where the Hong Kong archbishop resides. Its style is 13th century English Gothic that was popular for cathedrals about the time the building was built. It is built in the shape of a cross and has a tall front tower. It has clean cut features from the outside, and is beautifully lit and decorated within.

St. Ignatius Cathedral or Xujiahui Cathedral is a large Roman Catholic cathedral originally built in 1906. As a missionary center, the cathedral grounds once included a library, an orphanage, a college, a publishing house, and its own weather station. Its vast interior of altars, stone colums, Gothic ceilings, stained glass windows, and paintings of the Last Supper and Stations of the Cross are yet another chapter in Shanghai's living history of European architecture.

The Sacred Heart Cathedral is also known locally as Shishi, or "Stone House" is a Roman Catholic church in Guangzhou and is the seat of the Archbishop of Roman Catholic Archidiocese of Guangzhou. It is built in the European Gothic style, and the towers are 58.5 meters high. The atmosphere has been compared to the Notre Dame in Paris.

St. Sofia Orthodox Church is the largest Orthodox church building in the Far East. It was built early in the 20th century, for the large amounts of Russians and other Orthodox people living around Harbin. The style of the building is Neo-Byzantine. Inside the church there are interesting exhibitions of old photos introducing the history of Harbin and the life of Russians at the time. St. Sofia Orthodox Church is only one example of Russian influence in Harbin, the city that is most popular for its snow and ice festival every winter.

St. Joseph Cathedral in Tianjin, also known as Xikai Catholic Church, is built in the French concession of Tianjin, and is built in the Roman style. Its building was funded by Napoleon III, and other French donors, in 1913 with bricks imported from France. Various historical events and an earthquake have damaged the church, but it was rebuilt in the 1980s and is now one of the most popular tourist sites in Tianjin.

Macau's St. Paul's Ruins is one of the most popular tourist sites in Macau. The church was built in 1602, and unfortunately was burned down by a fire in 1835, leaving only the front side of the church standing with its four colonnaded tiers. There is still a beautifully maintained garden in front of it, with statues of the Virgin and the Saints, symbols of the Garden of Eden and the crucifixion, as well as carvings of angels and the devil.

10. Cathedral of the Immaculate Conception

The Cathedral of Immaculate Conception in Nanjing, also known as the Sigu Road Cathedral, was built in the late 19th century and has also survived a long history of damages. It was built during the Qing dynasty, in 1870, and was damaged during the Northern Expedition War, and then again during the Cultural Revolution. It is built in the Romanesque style, by a French Jesuit.

To Visit Churches on a China Tour...

For tours to the cities listed, check out each the links above. If you want to customize your own trip to China, and fit in these amazing churches or mass at one of them, please contact us to discuss all your options with us.