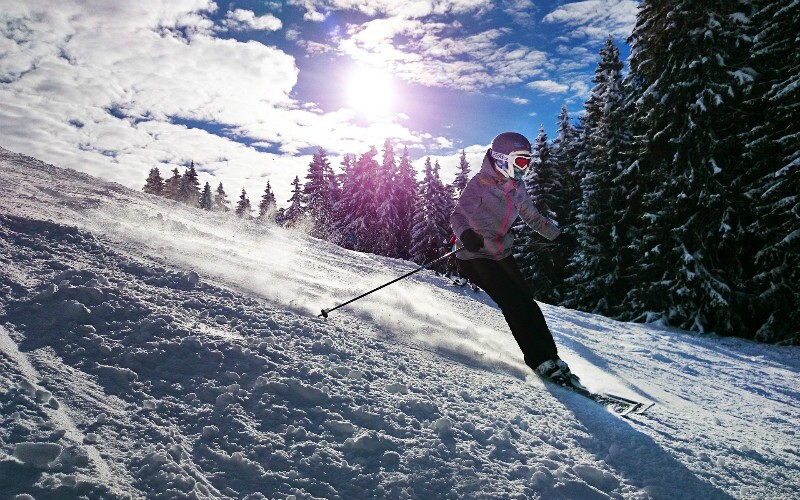 Weather: January is the coldest month and very dry in Urumqi. It is bitterly cold, so not recommended for touring. The average daily high temperature is -8°C (18 °F), and it gets much colder at night and with windchill!

Precipitation isn't a problem, since there is only about 8 mm (1/3 inch) of snow that falls lightly on 10 days of the month.

Clothing: All hotels and restaurants in Urumqi have central heating. Dress in layers. Have a coat, long winter underwear, and gloves for being out at night.

Pollution: The Air Quality Index has been recorded as 296 in January, the most polluted month, so it can be "very unhealthy"! If you have any sensitivity to pollution, avoid coming in this month. Even healthy people will be noticeably affected.

Urumqi has been cited as the most polluted city in the world, but it is not that bad all year round. Pollution reduces greatly outside the winter months, and outside the city.

Things to Do in Urumqi in January

Outdoor activities in the city are best avoided due to the pollution and frozenness. However, if you journey outside the city, there are some reasonable ski resorts, with clean air and fine mountain views.

Visit the Southern Pastures for Skiing and Kazakh Winter Life Northwest China is not famous for its skiing, but there are some moderate level resorts and some very good mountain scenery among the mountains around Urumqi.

The Southern Mountain Pasture areas are famous for their Kazakh yurts (tents). You could still accept their hospitality of hearty meat meals in the winter, but bring a very warm sleeping bag if you sleep in a yurt "guesthouse"!

The Ping Tian Ski Resort is quite new and rated for its mountain scenery more than its "average" facilities and three runs. If you want somewhere very different for skiing, then you might try here.

Other Places with Skiing and Yurts

You could also ski on the Heavenly Mountains in Xinjiang's bleak mid-winter, and stay in yurts there.

Huocheng, famous for its lavender fields in June, is a long hard journey west of Urumqi (over 600 km by road), almost in Kazakhstan, but also offers conditions for skiing and winter sports, and no doubt Kazakh hospitality.

Chinese New Year/Spring Festival is in late January in one year in three. Celebrations will be muted in Urumqi, as it is a Muslim minority area, and it's very cold! January does not fall during the busy travel season, so you'll be one of very few travellers in Urumqi, and this is understandable from the frozen weather and pollution!

(If Chinese New Year falls in January as it does about 1 in 3 years, expect heavy travel volume, heavily booked hotels, higher prices, and more crowds, due to workers and students returning home. It is the time of heaviest travel in China. All but the largest shops close for several days starting from Chinese New Year's Eve.)

Otherwise, expect travel and tourism to be virtually zero, and for lower prices for Urumqi flight or train tickets. Hotel room prices are also cheaper. We can help you arrange these, and other China plans.